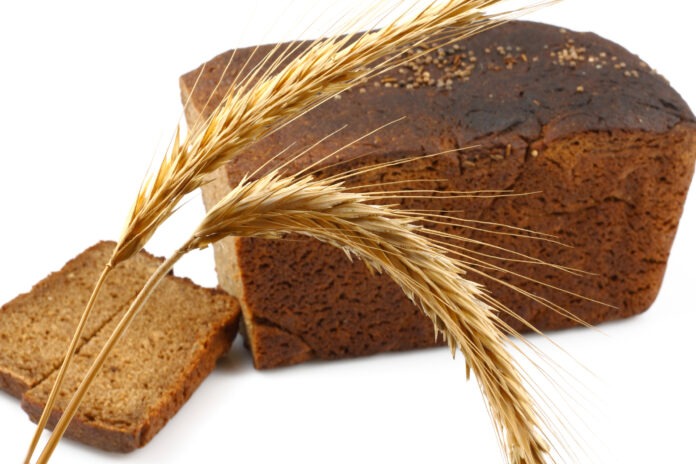 The Staff of Life???

Bread has been around for a very long time. Homer, the famous author of The Odyssey, referred to bread as “the staff of life.” Ancient Egyptians baked bread before the 20th century BC, and fragments of unleavened bread were found among the ruins of the Swiss Lake Dwellers in the earliest civilized communities of Europe.

Today, most bread is made in large quantities in factories with altered grains, bleached flour, and potentially carcinogenic bromine added as a dough conditioner. Around the 19th century, whiter looking flour was introduced that had all of the vitamins and minerals eliminated from the flour. The wheat germ, (the portion containing the minerals and oils) was removed, leaving mostly carbohydrates, not the nourishing protein of the breads spoken of in the Bible and other ancient literature. Enriched white bread was introduced when the U.S. government required the replacement of the missing vitamins and minerals that were taken out during processing.

It’s no surprise that the “staff of life” has become “the stuff of controversy!” Books are written about diseases and horrible side effects attributed to the consumption of bread. Among the different schools of thought, some say that bread is an important staple, as long it’s made with the right kind of grains. Others say that people should not eat certain breads at all. Should bread be at the top of the Food Pyramid, at the bottom, or eliminated? There’s as much confusion about eating bread, as there are kinds of bread!

To get a real feel for the answer to this situation, let’s go back 40,000 years ago to our hunter/gather ancestors. This highly successful group ate fruits and vegetables (mostly uncooked), eggs, meat, and fish. They were an extremely healthy group with long strong bones, and little disease. They didn’t eat many grains because large fields of wheat, corn, or paddies of rice didn’t grow in the wild. Cultivated grains appeared with the advent of civilization and large cities. Since our hunter/gatherer ancestors only ate the grains that grew naturally, they ate very little of them, and they weren’t cooked or processed. If you don’t mind eating just raw meat and wild berries, you can stop here. Otherwise, you may want to learn more about bread and whether it is right for you.

There are some people that should never eat bread. Perhaps you are one of them. You may have celiac disease or be gluten intolerant and not know it. Even if you have some uncomfortable symptoms, you may not realize what’s causing them. According to Dr. Eydi Bauer, D.C., most celiacs suffer an average of eleven years before a proper diagnosis is made. Common conditions before a diagnosis of celiac disease is made include allergies, irritable bowel syndrome, gastric reflux, lactose intolerance, Thyroid disease, Fibromyalgia, gall bladder disease, Diabetes, anemia, psychological disorders, and ulcers- just to name a few. Research shows that celiac disease affects at least 1 in every 100 people and 1 person in 3 is gluten intolerant.

Celiac disease is an autoimmune reaction to gluten which is the protein found in wheat, rye and barley. When these proteins are ingested, the immune system attacks the villi lining of the intestines. Symptoms may include classic digestive problems such as bloating, stomach pain, cramping, constipation or diarrhea. Other times, symptoms manifest as conditions that seem less related such as muscle pain, inflamed joints, irritability, mood swings, or depression. Some common symptoms of gluten intolerance include headaches, skin rashes, weight gain, weakness, or fatigue. If you are questioning whether or not you have celiac disease, or may be gluten intolerant, pick up a copy of Dr. Bauer’s book, Life After Bread. This book (available at my office) includes research, information on testing, and Dr. Bauer’s experiences as an undiagnosed celiac.

People who are gluten tolerant should only eat bread made with natural, organic ingredients. Finding bread that does not say enriched, purified, refined or fortified is not easy, but it is a worthwhile search. Don’t let sophisticated labeling fool you! The words “whole grain” doesn’t necessarily mean that the grain is truly “whole” since grains containing vitamins and minerals spoil very quickly after milling. You must mill the grain and use it within approximately ten days – or it spoils. And may I remind you, if your food is not real – direct from nature or made from unadulterated ingredients, your body doesn’t want or need it. (Another time I’ll talk about the reasons why your body may crave certain foods, even if they aren’t good for you.)

During my own hunter/gatherer efforts to find food, I discovered a wonderful Old World European baker that makes live breads from specially fermented dough that continues to grow and improve, even after baking.

John Savanna, owner of Mill Pond Bakery (734) 475-7088 in Chelsea, Michigan bakes the best real bread that I’ve ever tasted, using local and organic ingredients, including freshly ground Amish flour, Celtic sea salt, and raw butter. Visit him at the Ann Arbor Farmers Market on Saturdays or see www.millpondbakery.com to learn more about his famous bread! Also, I’ll be talking about bread and celiac disease on behalf of The Foundation for Wellness Professionals on April 28th at the Civic Center Library. (Hope to see you there – but please register due to limited seating.)