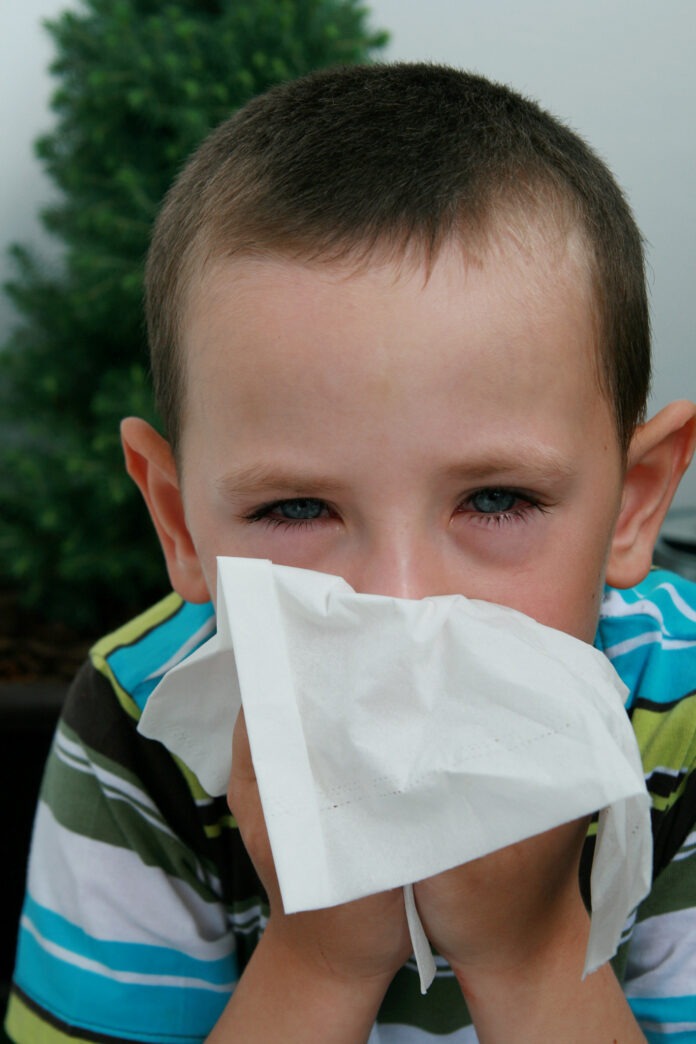 With the arrival of warm weather, I hope you’ll have lots of opportunities to enjoy the great outdoors. However, you’re not alone if coming down with sniffles, batches of back to back sneezes, or uncomfortable wheezing are some of your rites of passage to this season. Summertime allergies are annoying, upsetting, and even downright dangerous. They ruin vacations, outdoor celebrations, walks in the park, and romantic moments.

In my much younger days, I remember being thrilled when summer arrived – until I became smitten with a runny nose and a cough. I rarely had colds as a child, so I didn’t understand why this was happening. Looking back, I eventually realized that my diet had become less than pristine as a teenager – not at all the Paleolithic diet I recommend today. Through my own experience, as well as my training as a Certified Wellness Doctor, I now see firsthand how allergies are related to one’s diet.

Did you know that food allergies are reactions that are caused by proteins taken into the body that take too long to digest in the stomach? Allergies are created when the body attempts to protect itself from substances that the immune system views as a threat. These substances (whether something common or something foreign) that the body reacts to can be almost anything – from dairy products to pet dander to substances that the body doesn’t recognize. Some of the substances your body cannot recognize include foods that have been tampered with, such as genetically modified foods. Remember, we are only designed to digest those things we have always eaten on this planet – and when our diet strays too far, we run into trouble.

Basically, an allergic attack is like an overreaction to invaders – the idea of your body sending out an entire army to overcome one offender. Unfortunately, your body’s response to the threat often causes more harm than the threat itself.

What is the science of what actually happens in an allergic reaction? One of the bodies defense mechanisms, called an imunoglobian (i.e. Ig X – the X designates a particular Imunoglobulin) attaches to an offending particle, goes to a mast cell (one of the protective white cells) and then releases a substance called a histamine. The role of the histamine is to engulf the offenders and rinse them out of the body – also the reason why drinking more water can help with allergies. Of course, histamine is what causes the sniffling and sneezing.

What kinds of allergic reactions are there? First, there are airborne allergies that affect your nose, sinus cavities, throat, lungs, and any other mucus membrane surface that the allergen comes in contact with. This is an IgE form, and takes place quickly, usually within two hours.

Next are the IgG’s, which usually take 36 to 72 hours to show up. Food allergens are in this group. Unfortunately, this delayed response often makes it difficult to determine which food produced the symptoms. A most interesting phenomenon is that eating that food may initially make the person feel better because endorphins (natural “feel good” chemicals the body makes) are produced in response to inflammation from the offending food. The result is that people often crave the foods that they are allergic to!

Another allergic reaction related to food is the secretory IgA-mediated response. In this form, problems occur when there is repeated ingestion of an offending food. After the body secretes mucus over a long enough period of time, it basically gives up. Then, whenever the allergen comes in contact with body tissues and undigested food starts crossing over into the blood stream, the body produces inflammation.

Why might you have allergies? One very common reason could be that your body came into contact with “foreign proteins” at an earlier time, and created an arsenal of specific antibodies to dispose of the threat. For example, that earlier time may have been when you were an infant and your digestive system was too immature to process some of the foods you were given (if you were six months old or less). When they crossed over into your bloodstream not fully digested, your body saw them as a threat. Or, you may have inherited the allergic tendency from a parent. Other allergies show up after repeated exposure to an allergen, and the body becomes supersensitive to the irritant. Allergies are more common when the body’s ph is out of balance. Either being too alkaline or too acid can cause problems.

What should you do if you have allergies? First, avoid known allergens and reduce your exposure to environmental pollutants and toxins. Strengthen your immune system by correcting nutritional deficiencies and starting a detoxification program. Eat a healthy diet and get help in determining whether or not you are deficient in any specific vitamins or minerals. Vitamin C, selenium, and zinc may be helpful as long as they are obtained in a whole food derived form. Certain herbs such as Echinacea, fenugreek, and goldenseal may also be worth looking into to help support your body. Work on correcting your acid/base balance back to the correct level through proper diet and supplementation. Another great addition to your diet is raw local honey. The local pollens in the honey will naturally help build natural immunities to the local flora (plants).

In my office, I use a technique called A/SERT (Allergy/Sensitivity Elimination & Reprogramming Technique) to desensitize a person to allergens. The method was initially developed by Dr. Nambudripad and was further refined. It utilizes accupoints and the allergen itself to clear up allergic reactions. So, as you can see, there are lots of ways to handle allergies besides “taking something” to make it go away. Be smart – go with what’s natural – and good health will be your reward!

Dr. William H. Karl, D.C., is a Brimhall Certified Wellness Doctor with 30 years experience helping people get well and experience greater vitality. He has an extensive knowledge of the human body and a keen interest in applying new and advanced techniques – all of which enable him to provide the finest care possible for each and every one of his patients! To learn about techniques used in his office including the A/SERT used for allergy reduction and elimination, visit www.karlwellnesscenter.com or call 734-425-8220.