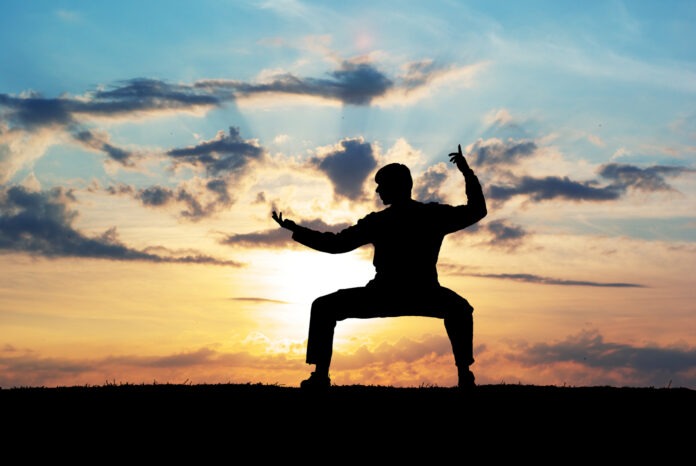 Many people frequently inquire as to whether I teach Tai Chi at my school. The simple answer is yes, but its not the martial form. What I teach is known as Wuji Tai Chi, which is also known as Primordial Tai Chi. However, before getting into details one must understand that Qigong is the forefather of Tai Chi and predates the practice by thousands of years. Tai Chi Chuan, which literally translates as “supreme ultimate fist” is a martial art that incorporates Qigong methods within the practice to achieve benefits that are not typical to regular martial arts practices. Tai Chi has a history of approximately 800-years. Its lineage traces back to Grandmaster Chang San Feng, the 13th century Taoist sage believed to be the creator of the 13-movement form for self-defense known as Tai Chi Chuan.

Recently, many modern teachers have simplified the long Tai Chi fighting forms down to more simple stress-relief exercises for health and balance. These simple “Tai Chi for health” forms are a bit closer to the origins of all martial Tai Chi Chuan, which itself arose from what is known as “Medical Qigong.” To keep things simple, think of Qigong as the Mother of Tai Chi Chuan. Qigong goes back at least 3000 years in recorded history, while the term “tai chi chuan” is only 800 years old in comparison. Qigong was originally called “yang sheng” which means: “nourishing life”, and most likely goes back tens of thousands of years into the history of China. All Tai Chi is ultimately just a more recent application of ancient Qigong principles specifically applied as a martial art or self-defense form.

Although Tai Chi Chuan is the most publicly available form of “Tai Chi”, few people are aware that the founding Master Chang San Feng created a second short form that applied Tai Chi for spiritual growth and energy cultivation as well as physical and emotional health rather than self-defense. It also has 13 movements: 12 movements of Earth and one movement of Heaven that are done 40 times, ten times in each of the four directions representing the elements of Wood, Fire, Metal and Water. This form has been protected and has been secretly practiced by an unbroken lineage of Taoist masters for the last 800 years. This particular form of Tai Chi was never taught to outsiders until a few years ago when an 81-year old Master of this form by the name of Zhu Hui, began teaching this form to the public. In China it was kept secret because it was considered too powerful and valuable to be released to an untrained public. Master Zhu strongly believed that this form cured his liver cancer and protected him from violent abuse during China’s Cultural Revolution. He himself learned it from a 106-year old Taoist Master Li Tong, who lived on Wudang Mountain (made famous in the film: Crouching Tiger, Hidden Dragon. When he was younger, Zhu Hui was the national Tai Chi sword champion of China and as a result Master Li Tong took a liking to him and taught him this special practice.

This secret and elegantly simple Tai Chi form or Primordial Qigong combines Tai Chi, Feng Shui, Qigong, and internal alchemy, which is a powerful form of Taoist longevity meditation. It is designed to capture the “subtle energy” or chi (“qi”) flow of Heaven and Earth, and collect it into the human body. It gathers chi inward to the core of one’s being in graceful beautiful, effortless energetic spirals. In terms of energy, it is the exact opposite of martial tai chi forms, which emit chi outwardly for self-defense and/or focus on manipulating the opponent’s chi.

In any event, this is the form of Tai Chi that I teach at my school. As students progress in their Qigong skills, they are exposed to other teachings that can further their progress and expose them to the variety of cultivation practices that I offer.