Body Mind Spirit GuideFor a healthy body, an enlightened mind, and a renewed Spirit
More
Home ALL ARTICLES Sit with Me, Sip Some Tea, And Get Healthy!
Facebook
Twitter
Pinterest
WhatsApp
Linkedin 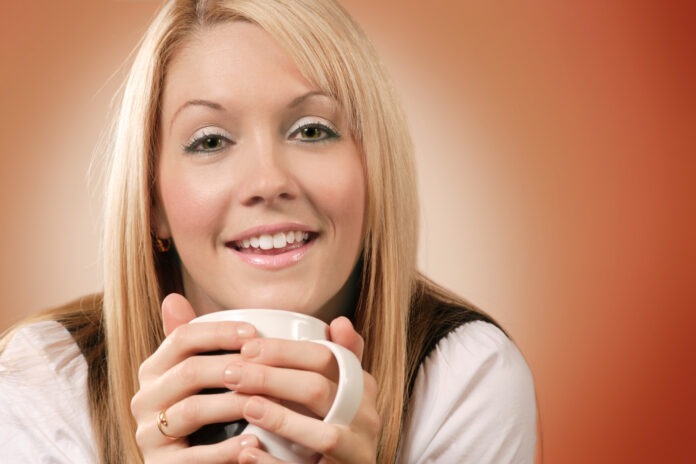 Come sit with me, and sip some tea, while I tell you a story of one of nature’s greatest gifts. Known for its characteristic, pungent taste, the ginger root has been used for thousands of years as a medicinal herb. It boasts a long list of beneficial properties and is said to be used in over half of all Chinese herbal prescriptions.

My earliest memory of ginger is from sipping the unique soda fountain drink, ginger ale. Although it took my breath away as I tipped my glass back for a swig, it didn’t deter me from enjoying its sweet and unusual taste. I was always amazed and a little suspicious that this was the same drink my parents gave me when I didn’t feel well! The idea of a treat being a healing medicine seemed odd, but what a wonderful concept. Think how healthy we’d be if the things we love to do (or love to eat) were actually good for us… as they should be.

Years later, I discovered ginger in the form of a hard candy. It helped me eliminate an annoying tickle in my throat (from sinus drainage) that occasionally led to a dreaded cough when I was doing public speaking. All I knew is that it was hot, it was spicy, and it worked.

As I learned new methods to eliminate allergy-based sinus conditions, I didn’t get that tickle anymore, and I forgot all about my ginger candy. Despite being aware that it was an extremely beneficial ingredient in many supplements, I didn’t think about using ginger in other ways. Now, ginger is back in my life like an old friend. And there‘s nothing better – and probably few things healthier – than taking time in our busy lives to sit and sip a cup of delicious tea with a good friend!

Ginger tea is best when made from a fresh ginger root, cut into thin slices, and put into a covered pot of not-quite boiling water (Boiling tends to destroy a great portion of the available potassium-nearly 30 %). Once the fragrance of fresh ginger fills the air, pour it into your favorite mug and enjoy. If you aren’t sure whether you’d like ginger tea, or even the taste of ginger, try it my way – with Cinnamon Raw Honey. This honey tastes great, is produced locally, and is available at my office.

A “good” food according to the World’s Healthiest Foods Rating Index by The George Mateljan Foundation, ginger contains potassium, magnesium, copper, manganese, vitamin B-6, protease (an enzyme that helps digest protein), lecithin (that helps melt down body fat), vitamin A, and niacin (which flushes toxins out of the body which may be the reason you feel heat from ginger). When used medicinally, ginger has a stellar reputation!

Ginger is most well known for treating symptoms of gastrointestinal distress, including nausea, indigestion, heartburn, motion sickness, and morning sickness. Known in herbal medicine as a carminative and an intestinal spasmolytic, ginger dispels intestinal gas, and relaxes and soothes the intestinal track.

One study showed that ginger was superior to Dramamine (a common over the counter motion sickness medication) for motion sickness. Symptoms such as dizziness, nausea, vomiting, cold sweats, and seasickness all are relieved with ginger (www.fitnessandfreebies.com). Even the nausea of early pregnancy in the most severe form, hyperemesis gravidum, which usually requires hospitalization may be reduced with the use of ginger. Another recent review (Obstetrics and Gynecology, April 2005) found that ginger helped relieve nausea and vomiting in pregnancy without any significant side effects or adverse pregnancy outcomes.

Regular consumption of ginger has also shown great results in the reduction of pain and swelling for those who suffer from osteoarthritis, rheumatoid arthritis, aging knees, and/or joint problems. Ginger works by suppressing pro-inflammatory compounds called cytokines and chemokines, both chemicals that can damage the cartilage linings of your joints (Journal of Alternative and Complementary Medicine, February 2005).

Researchers have also found ginger to be effective in the prevention and treatment of cancer. The University of Minnesota’s Hormel Institute found that one of the active components in ginger, which gives it its distinctive flavor (called gingerols), may inhibit the growth of colorectal cancer cells. A study from the University of Michigan found that phytonutrients in ginger kill ovarian cancer cells by producing programmed cell death (apoptosis) and self-digestion (autophagocytosis). And cancer cells do not become resistive to the effects of ginger as they do with anti-cancer drugs. Since inflammation is a major contributing factor to cancer, supporting the body with the anti-inflammatory properties of ginger makes sense.

The anti-inflammatory nature of ginger also contributes to its effectiveness in the treatment of migraine headaches by stopping the production of prostaglandins. Ginger is also an anti-spasmodic. By reducing muscle spasms, it serves to reduce menstrual cramps by soothing smooth muscle.

The list continues. Fibromyalgia pain responds to ginger by improving circulation and mobilizing the body’s own healing agents. Angina and the potential for heart attacks and strokes are reduced with ginger due to the platelets becoming less sticky (less clotting) and by reducing thromboxane production. Danish research shows this action to be at least equal to aspirin and not as potentially dangerous (www.whfoods.org).

The rediscovery of natural remedies by modern science is exciting. Reconnecting with ginger has been inspiring for me. In my quest to find the best ways to support health naturally, the more I learn, the more I become enthralled with remedies that have been used for centuries. And as both a food and a medicine, ginger is one of the most amazing substances I’ve come across! The fact that it turns a pot of water into a delicious, healthy tea is a bonus.