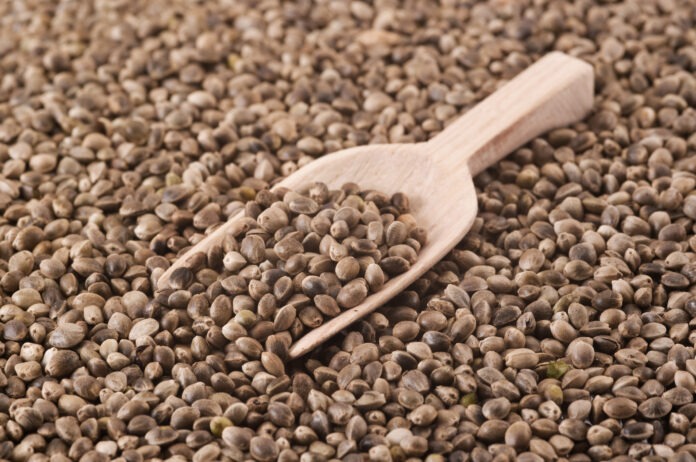 In Search of the Perfect Food

Fresh fruit and vegetables, eggs, meat and fish… This is what we should all be eating. It’s as simple as that. And it’s easy enough when you get a reprieve with my 80/20 rule. For those who haven’t heard me say this yet: Eat healthy 80% of the time and the other 20% of the time, eat whatever you choose. Knowing that you can eat whatever you want 20% of the time usually helps people stay on track. Another benefit is that many people start losing their taste for the non-foods they used to consume, which makes eating healthy easier. A win-win situation, no matter how you slice the pizza – I mean, no matter how you look at it!

Vegetarians, as well as others who avoid eggs, meat, or fish for various reasons, often turn to nuts and seeds to fulfill their unique nutritional needs. Similar to other fresh fruit and vegetables, seeds and nuts are healthiest when consumed raw. Looking for new and intriguing foods for vegetarians, I discovered what may be the perfect food for everyone.

Have you heard of hemp seed or hemp hearts? Relatively unknown, the tiny hempseed provides unrivaled nutrition. A complete protein, the hempseed contains all 20 of the known amino acids and is the best plant source of the 9 essential amino acids our bodies cannot produce. Consuming a high-quality protein, such as the hempseed, is especially important for vegetarians whose diets are often deficient in amino acids, cysteine, and methionine. Making sure protein absorption is high when people are vegetarian is important, especially with a fitness routine, they need to know they are getting the right nutrients and supporting their fitness journey.

Higher in protein and more digestible than the protein in meat, eggs, milk, or cheese, hempseed is a much better protein source than soybeans for vegetarians. One problem with soybeans is the trypsin inhibitors and oligosaccharides which interfere with protein absorption and cause digestive problems. Also, soybeans are now GMO (genetically modified) crops. (The HempNut Cookbook, 2004)

Hempseed is also a great source of the essential fatty acids (EFAs) that must be obtained from food. The oil of the hempseed contains the ideal balance of 3 or 4:1 of omega-6 to omega-3. Approximately 80% of hempseed oil is comprised of polyunsaturated fatty acids, with only 9-11% of the hempseed oil being saturated fatty acids ) Hempseed also contains the rarely found gamma linolenic acid (GLA), an important benefit to those too ill to make essential fatty acids from other fats. (.purehealing foods.com)

Vegetarians are not the only ones who would benefit from hempseed. When the meat industry began feeding grains to animals, instead of allowing them to graze naturally, it became more difficult to obtain omega-3s. Unless you’re eating mostly pasture-raised foods and/or supplementing with a high quality fish-oil, it’s likely that you’re deficient in omega-3s. Since hempseed is even higher in omega-3 than fish, eating hempseed will help you get your omega-3s. An omega-3 comparison in The HempNut Cookbook, shows 435 milligrams of omega-3 in a 1 oz. uncooked portion of Atlantic wild salmon, compared to 2,500 in 1 oz. of hempseed.

How do you eat hempseed? My favorite way is in the form of “hemp hearts,” the raw, shelled version of hemp seeds. Convenient and affordable, almost everyone who’s tried them loves them. With a wonderful, slightly nutty flavor, they’re delicious alone or combined with other foods. They taste great on salads, quinoa, hot cereal, vegetables, fruit, and yogurt or blended into cookies, casseroles and smoothies.

If you’re worried about becoming intoxicated from eating hempseed, rest assured that hempseed is free of psychoactive properties. While hemp is a type of cannabis, it is a low –THC plant with no appreciable amount of THC. Besides, if there were any trace amounts, they would be in the shell which is removed before being shipped into the States.

The last permit to grow hemp in the U.S. was in 1957. Not surprisingly, hempseed production in the U.S. has a history laced with politics and the influence of special interest groups. Today, as the virtues of the hempseed are being rediscovered, and the demand for this wonderful food increases, I’m hoping there will be a renewed interest in production. While hempseed probably won’t become legal tender as it was used for almost 200 years around the 18th century, it’s time for this little seed to get some recognition.

How much hempseed would you have to eat to attain these benefits? Experts say the average person should eat approximately 42 grams (4 heaping tablespoons) of hempseed per day. Depending on caloric needs, whether or not it’s your main source of protein, or if you have a particular health condition, increase this to 5-6 tablespoons per day. By adding hempseed to your diet, you’ll create an opportunity to experience the Ayurevedic concept that says that when the diet is right, there‘s no need for medicine. And once you arrive at this point, you’ll know you’ve found the perfect food!