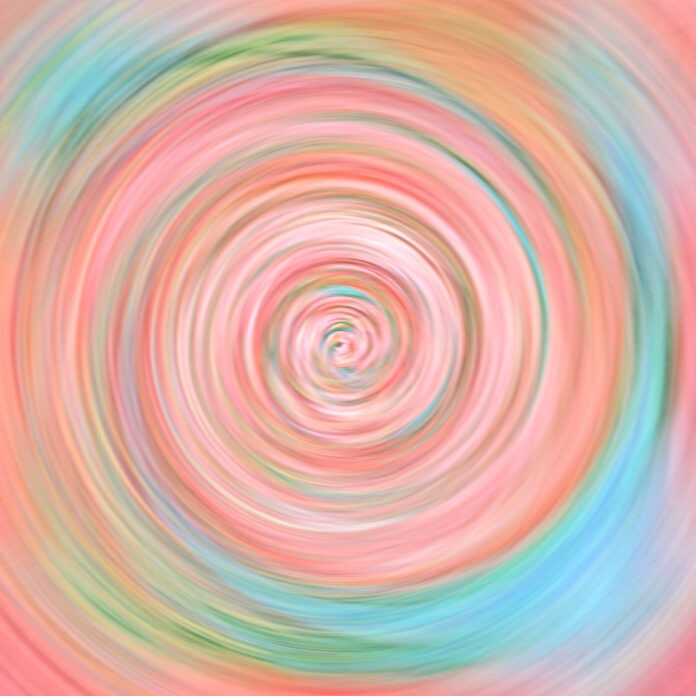 The real energy crisis which exists upon our world is the spiritual energy crisis, and if this was solved, all other crisis would cease to exist. This definitive statement was made by Dr. George King, Western Master of Yoga and Founder/President of The Aetherius Society, after many years of studying the problems that face humanity.

Many scientists would deny this, believing that the real problems on this earth are, for example, the dangers of atomic experimentation and nuclear waste, lack of resources, pollution and natural disasters. However, the difference between the orthodox scientist and the meta-scientist is that the former studies and treats the effects, while the latter deals with the more important underlying causes.

The physical energy crisis is the effect of the spiritual energy crisis and, unless the latter is solved, the former will always remain. This is due to the all-pervasive Law of Karma which governs the physical, mental and spiritual state of mankind upon Earth. According to the Law of Karma, action and reaction is opposite and equal or, as The Master Jesus taught: “As ye sow, so shall ye reap.”

In other words, as long as we have wars, upheavals and unrest in many countries; poverty; racial hatred, and hypocrisy; as long as we raise our brittle civilization upon the faltering foundations of materialism; we shall continue to contribute negatively to the Karmic pattern of humanity and so continue to have energy crises.

It is only that we realize that we are our brother’s keeper and act for the benefit of others that our collective karmic pattern will improve; and thus will begin the resolution of both the physical and the spiritual energy crises.

Fortunately, there are lights in the darkness: those brave and compassionate individuals who are helping in many ways to relieve the spiritual energy crisis. The majority of these people would not claim to be spiritual–the policeman risking his life to alleviate the drug problem in the slums; the dedicated doctors and nurses who work around the clock to save the lives of those who are strangers to them.

Spiritual energy is not an emotion or a power reserved for men of the cloth. It is an active, living thing which, according to Dr King…”is just as much energy as electricity. The difference is simply that it operates on a different frequency and does a different job and thus has to be manipulated in a different way.”

Dr. King is also an expert in radionics: the science of the manipulation of subtle energies. As a Yoga Master, he was well-equipped to find effective solutions to the spiritual energy crisis—and this he did. However, just as rice needs to be eaten in order to appease starvation, so do the solutions he found need to be utilized before they can take effect. Being a realist, he stressed that this would not happen overnight. “The energy crisis could be solved by an adept in seven days, but the change required by mankind would not be made by mankind.”

In other words, an adept, or enlightened person with a deep knowledge of metaphysics, the law of Karma, and having certain advanced skills and abilities, could solve the spiritual—and then the physical—energy crisis in just a few days. However even though workable solutions to the problems could be given by the adept, it would still necessitate a great change being made by humanity in order for these solutions to manifest.

Often a catalyst for such a change is an understanding of the true nature of man, which is rarely found in our schools or universities. The majority of us are conditioned from childhood into believing that the intellectual yardstick is the most reliable one by which to measure success in life. This conditioning does not allow a full expression of the range of latent powers within us all. It does not acknowledge the fact that we are all spiritual energy radiators.

Several years age Dr. N. J. Sowell, a leading nuclear scientist said in a radio broadcast: “With a delicate instrument devised to measure the wavelengths of the brain, we recently checked the emanations from the brain of a woman near death, She was praying at the time and we could tell that something about her was reaching toward God. The meter registered 500 positive. This is 55 times the power registered by a 50 kilowatt broadcast station sending a message around the world!”

It is this fantastic power that is latent within us all, and how we can best utilize it to solve the spiritual energy crisis, was one of Dr. King’s main concerns.

In the 1970s, Dr. King introduced the revolutionary concept that spiritual healing is not a gift for the few, as it had been previously regarded, but a natural ability which is the birthright of everyone. As an outstanding spiritual healer himself, he trained hundreds of people to become spiritual healers. Through his textbook, You Too Can Heal, he revivified the healing movement in the British Isles and spearheaded mass healing campaigns throughout the world.

As miraculous cures were affected and more people began to utilize the vast storehouse of energy which flows freely through space, (prana, chi and the Energy of Life) for the benefit of others, another wedge of light was pushed more firmly into the dark world.

The spiritual energy that cures a lady of cancer, gentlemen of chronic arthritis, a child of epilepsy, is the same energy that motivates the brave and exhaustive efforts of rescue workers in the horrific devastation of an earthquake. It can be seen that this is indeed a “workable and usable energy which can be manipulated by anyone.” Just as electricity flows through wires and produces heat and light, so does Spiritual Energy flow through our minds and bodies to produce light in the darkness of our world.

Healing alone, however effective, would not have solved the spiritual energy crisis on Earth. Meditating long and often upon such facts, Dr. King made an outstanding breakthrough in the science of radionics by inventing the mission known as Operation Prayer Power. This was, on January 23, 1972, dedicated by Dr. King—”to all people throughout the world who are unselfishly working for the preservation of the ecological balance of this planet, so senselessly polluted by unthinking man throughout the centuries.” One year later, this mission of world peace and enlightenment was inaugurated on a Holy Mountain in England and later in the USA.

This outstanding concept is a breakthrough in metaphysics. It involves the blending of humanitarianism and science—the essence of the Age of Aquarius through Christian prayers and Buddhist mantras, the participants in Operation Prayer Power invoke and direct spiritual energy into the radionics apparatus used in this mission. This apparatus can store Spiritual Energy indefinitely, and the energy can then be released at a later date through radionics machines called Spiritual Energy Radiators to world catastrophes of any kind.

Dr. King described the modus operandi of this mission as follows:

“The energy is put in the battery through prayer and it is directed by thought. The whole idea behind it is that, if you have a thousand people praying in a thousand different places in a thousand different ways, you have a thousand different radiation points. But if you bring these people together and you direct that energy by thought, and store it, you have one major reception point. The first battery charged in Operation Prayer Power took approximately 750 man-hours of prayers to charge. That power can be released in 30 minutes. So you see the tremendous concentration of energy there is in one of these batteries. And that is the whole essence of Operation Prayer Power.

“For instance, if there is an earthquake, rather than suddenly trying to bring a thousand, or even two hundred people together to pray for three or four minutes each, with Operation Prayer Power you have the energy here instantly. Thirty minutes and it’s away, under a tremendous concentration, because of the design of the equipment. So we have learned to regulate a tremendous power.”

The history of Operation Prayer Power has brought many outstanding results. Floods of spiritual energy have been directed to victims of floods and earthquakes; to the peacemakers in the United Nations; to rescue workers and to thousands of people who are suffering, or are helping to relieve suffering as a result of war and natural disaster.

Operation Prayer Power is conducted on a weekly basis at five Aetherius Society centers throughout the world, including the Michigan Branch, Royal Oak, Michigan and all are welcome to attend.

The solution to the spiritual energy crisis does not, however, lie with one mission or with one man, however great they may be. It is the responsibility of each and every on of us upon this Earth. In the words of Dr. King: “Miracles on Earth are not done by God for man, but by man for God.”

For further information, contact The Aetherius Society, 3119 N. Campbell Road, Royal Oak, MI 48073 Tel: (248) 588-0290. E-mail: info@aetheriusmi.org; website: www.aetheriusmi.org. Chrissie Blaze’s website is www.chrissieblaze.com and she hosts a regular radio show on Body Mind Spirit Radio “On the Edge with Chrissie Blaze” at www.bodymindspiritradio.com. Her next show on Tuesday, August 9 at 1 p.m. is on “The Spiritual Energy Crisis”.