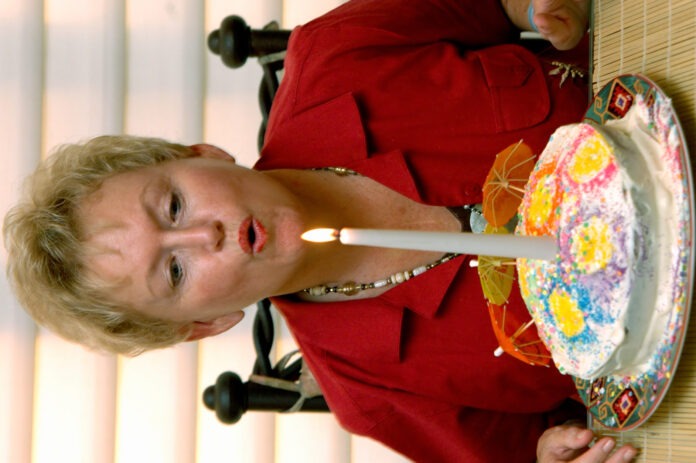 One of my patients will be 96 years young this month, although most people think she’s much younger. Perhaps you’ve had the pleasure of meeting her at my office. Often dressed in a pair of blue jeans that are faded from working outside, Jessie is friendly and outgoing. Recently spotted on Lake Huron on a Jet-Ski, she continues to earn the respect of her neighbors by accepting rides on their ATV’s and rarely missing bon-fires, even if they’re at midnight!

Do you think that Jessie’s longevity and health should be attributed to her DNA as the old paradigms of science have led us to believe? Or do you think there are other equally important factors? If you believe that her healthy diet, active lifestyle, and positive outlook work in symphony with her genetics to support her longevity, then you already understand the significance of epigenetics to the healthy survival of our species.

The 2002 human genome project showed that 70% of your genome or DNA can be influenced. This means that the DNA you were born with is not your destiny (epigeneticsandnutrition.com). Before epigenetics, it was believed that you would inherit whatever problems your parents had. “Epi” means above or beyond, so the word epigenetics refers to the things above or beyond genetics. Just think about the questions you’re asked on the forms you fill out at a doctor’s office. Although useful to know, don’t buy into the idea that you’ll inherit the same problems as your relatives.

The proposed definition of epigenetics from ScienceDaily news, April 2009, is that “an epigenetic trait is a stably inherited phenotype resulting from changes in a chromosome without alterations in the DNA sequence.” More simply, this translates to mean the alteration of gene function without the alteration of DNA, meaning that we can either positively or negatively affect the expression of our DNA.

Thomas Jenuwein, a scientist from the Max Planck Institute of Immunobiology and Epigenetics in Germany, compares the difference between genetics and epigenetics to the difference between writing and reading a book. Once the book is written, the text is the same in all of the copies, but readers may interpret the story differently. We make the interpretations in the stories of our lives, and the choices we make are reflected in our health, the health of our children, and the health of our children’s children. Never underestimate the importance of this!

Epigenetics helps to explain why some people age quickly, while others remain more youthful. Perhaps you learned about genetics and identical twins in science class. Identical twins inherit the same DNA code but their choices and their different environments influence the ways in which this code is expressed. Verifiable through scientific research, epigenetics illustrates how our choices make a difference in our own lives as well as a difference in the lives of future generations (thelivingmatrixmovie.com).

If you’ve ever wondered just how much difference your food choices make, let’s look at one of distinguished cell biologist Dr. Bruce Lipton’s earliest studies when he cloned human stem cells. After putting identical stem cells in Petri dishes, he gave them different foods to live on. Despite containing identical genetic codes, the stem cells matured into distinctly different cells. The cells became bone cells in one dish, fat cells in another, and muscle cells in the third. The differentiation of the cells was spurred by their environment: an incredible finding that rocked the scientific community.

In another experiment, Dr Lipton took human cancer cells from an unhealthy body and put it into a healthy laboratory medium. The cell recovered quickly and behaved normally.

Research with mice indicates the claim that supplying our bodies with proper nutrition and assisting our bodies with the ongoing process of detoxification provides optimal conditions for gene expression (University of Utah Genetic Science Learning Center). Researchers found that the activation of a specific gene results in the mice becoming obese as well as being prone to diabetes and cancer. When pregnant mice were fed diets containing Bisphenol (BPA), a compound in polycarbonate plastic (used in the manufacturing of water bottles and tin cans), they displayed increased activation of this gene in their own cells as well as their offspring. This shows how toxins in our food and the environment have an epigenetic effect on our health. Furthermore, potential outcomes of chemical exposure extend to future generations.

When the mice and their offspring that had been exposed to BPA were given a healthy diet, the effects were counteracted. This means that despite past transgressions, positive changes will be made when you start eating healthier and avoiding toxins.

In addition to BPA, there are many persistent chemicals and additives in our food that haven’t been tested for their epigenetic effects. This is why I always recommend choosing clean, organic foods and practicing regular detoxification. A variety of detoxification programs are available including raw food, ionic foot baths, saunas, cleansing herbs, and skin brushing.

The need for detoxification extends to all of the things in our life that may be toxic. These include our own attitudes and/or the influence of other people. Most people would agree that our mental outlook affects their health in many ways, whether positive or negative. The study of epigenetics shows how these influences are part of the physical environment and therefore can influence the expression of our DNA (www.brucelipton.com). Poor moods result in the production of hormones that negatively affect our health. Good moods result in the production of health inducing hormones. Jessie’s love of life has influenced her genes in a positive way that has resulted in her success. At our September workshop “Blueprint for Health” we will demonstrate how positive and negative attitudes affect our physical bodies. We hope you will join us and help us wish Jessie a happy birthday!

Dr. William H. Karl, D.C., is a Brimhall Certified Wellness Doctor with over 30 years experience helping people to achieve optimal health and wellness. On behalf of the Foundation for Wellness Professionals, he will speak at the Livonia Civic Center Library on Tuesday, September 21st at 7pm on “Blueprint for Health.” For more information, visit: www.karlwellnesscenter.com or call 734-425-8220.