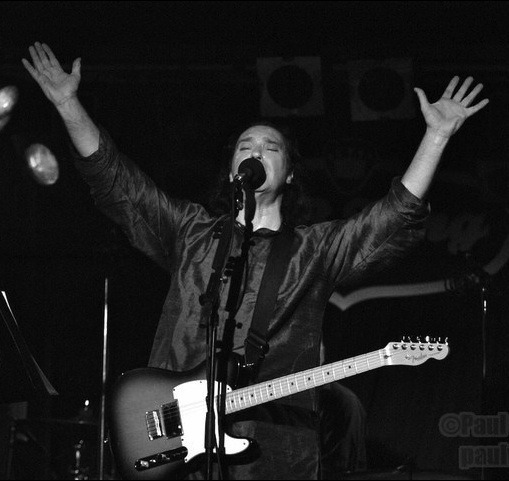 We are pleased to announce that one of the new Body Mind Spirit Radio shows, On the Edge with Chrissie Blaze, will be interviewing the rock legend and co-founder of The Kinks, Dave Davies on her next show on Tuesday, November 8 at 1:00 p.m. This innovative show hosted by international speaker and bestselling author, Chrissie Blaze, takes the listener to the cutting edge of many fascinating subjects from Astrology to Quantum Physics and UFOs.

This coming show promises to be incredible and will include an hour of chat and music from this living legend of music and iconoclastic solo artist, Dave Davies, one of rock’s most influential and identifiable figures who is in the Rock and Roll Hall of Fame. His innovative guitar work has been a seminal influence upon generations of musicians, and his uncompromising persona has established him as an enduring icon of rock and roll.

As longtime fans already know, there’s a lot more to Davies than his formidable 40 year body of music. The Englishman’s evolution as a musician, songwriter and recording artist has paralleled his passionate pursuit of spiritual knowledge. It is this journey too that Chrissie Blaze will chat to Dave Davies about on the radio show. You will learn about Dave Davies journey as a musician which spans over 40 years, his incredible years with The Kinks and his amazing Spiritual journey which encompasses Eastern philosophies, astrology, meditation and psychic phenomena.

Growing up in a working-class family in London, Dave Davies was part of a generation of young British males whose lives were transformed by their exposure to the first generation of American rock ‘n’ roll. As a rebellious teenager, he embraced music while developing an acute spiritual awareness.

On the Edge will reveal unique insights into Dave Davies’ journey as a rock legend and co-founder of The Kinks, as well as his inner life, creative impulses, inspirations, and spiritual journey.