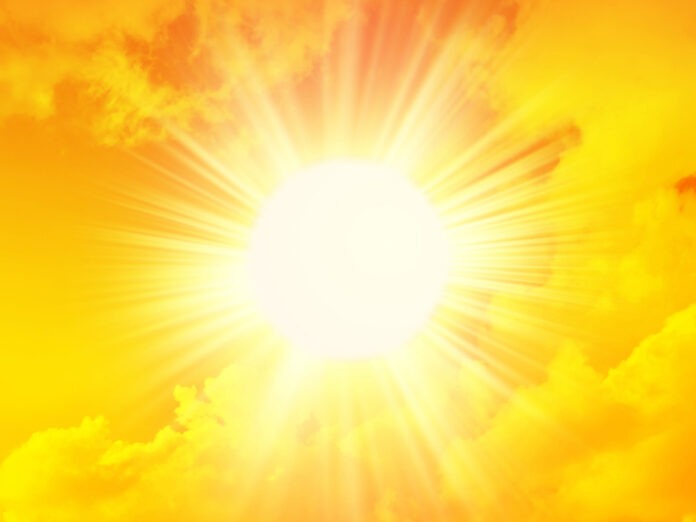 Summer is here and we are smiling up at those wonderful warm rays that we’ve been missing for the better part of the year. I’m happy to be able to enjoy the sun again after several years of spending only a brief time in it here and there. But many sun lovers must continue to avoid the midday sun or risk being burned.  Even suntan lotions are no guarantee against sunburn and many have been found to be unsafe (www.environmentalworkinggroup.com.)  Fortunately, there are other options that may allow you to spend more time in the sun.
In my youth, I didn’t avoid the intense rays of the midday sun and didn’t burn until I went swimming in a chlorinated pool. I didn’t understand why I burned because my skin usually turned dark from the sun early in the summer, I never used sunscreen, and I never burned. It wasn’t until later on when I was doing research on vitamin D that I finally understood what had happened.
Plants do chemical conversions utilizing sunshine, and so do we. We convert precursor vitamin D to vitamin D3. Plants and invertebrates also make vitamin D2 to help provide protection. When I burned that day, the chlorine from the pool removed the protective oils from my skin containing the vitamin D which interfered with my protection.
When we’re in the sun, precursor vitamin D comes to the skin surface as an oily, wet substance. Part of this evaporates and cools us while the other part is transformed by ultraviolet B rays from the sun into vitamin D3. It then gets reabsorbed into the body where it’s used as both a vitamin and a hormone.  Obtained from the sun, this incredible vitamin protects us from several types of cancer, diabetes, osteoporosis, osteoarthritis, multiple sclerosis, hypertension, and many other health conditions.
Vitamin D also ensures a process in our body called apoptosis which refers to programmed cell death. Our cells are designed to reproduce themselves a set number of times and then stop so they don’t become problematic.  This process is what keeps normal cells from becoming mutated or becoming cancer cells. When they become rogue cancer cells, they ignore the directions of the body and take on a life of their own at the expense of the body. These cells are only able to eat simple sugars, like the components of junk food.  (While these cells are extremely resourceful, don’t be fooled; perhaps you should think twice about feeding them exactly what they want!) When vitamin D is in place on the cell, it helps monitor when it’s time for the cell to die, and ensures that these cells do just that instead of staying around to cause problems.
Most people, especially children, are highly deficient in vitamin D because they spend very little time outside. And even when outside, they’re covered in clothes or sunscreen which prevents the sun from interacting with their bodies. In this case, obtaining vitamin D through foods and supplements is their only saving grace. Vitamin D is only found in a few foods such as egg yolks, butter, the oil from cod liver, and other cold-water fish, including salmon, herring and mackerel.
One of the main actions of Vitamin D is to gather calcium from the food you eat and put it into your bloodstream to be used throughout the body to rebuild bone, ligament, teeth, and other structures, as well as powering your immune system. In order to do this properly, your body must have an adequate supply of vitamin C to build collagen which is the matrix on which the calcium is hung, like drywall on the wooden studs in your house. The next trick is to get the calcium out of the bloodstream. Otherwise, this heroic vitamin D may cause a condition in the blood called hypercalcemia, which is excess calcium in the blood.
The good news is that hypercalcemia only occurs when you’re deficient in what was once known as vitamin F, referring to free fatty acids, such as linolenic and linoleic acid. Free fatty acids are also found in real organic butter. They have the ability to ionize the calcium out of the bloodstream into the tissues where they’re needed. Some researchers thought this was bad but actually its part of the design to mobilize calcium to where it’s needed.
What we’ve found is that vitamin D is protective of sunburn and heat stroke when interacting with the free fatty acids in Cataplex F. The accumulation takes place when the oils that are turned into vitamin D are allowed to be reabsorbed into the body after the ultraviolet B has transformed them. When I burned after spending the day in a heavily chlorinated pool, I lost these protective oils and depleted my levels of vitamin D and precursor D.  To obtain the maximum amount of vitamin D from the sun, be sure to allow adequate time before showering after spending time in the sun, especially if you’re using chlorinated water.
After that first horrible sunburn, I began spending less time in the sun for fear of burning again and I wasn’t eating the foods needed to restore my vitamin D levels. Now that I know the importance of this amazing sunshine vitamin and consume larger quantities of high quality vitamin D, free fatty acids in the form of Cataplex F, and real vitamin C, I’m happily spending more hours in the sun again without sunscreen and without burning.
Before you venture out, make sure you’re equipped with the right tools and get used to being out a little at a time to build your endurance.  You need a healthy body, a working nervous system, and proper nutrition as well as the good sense not to overdo a good thing. Have a great summer!