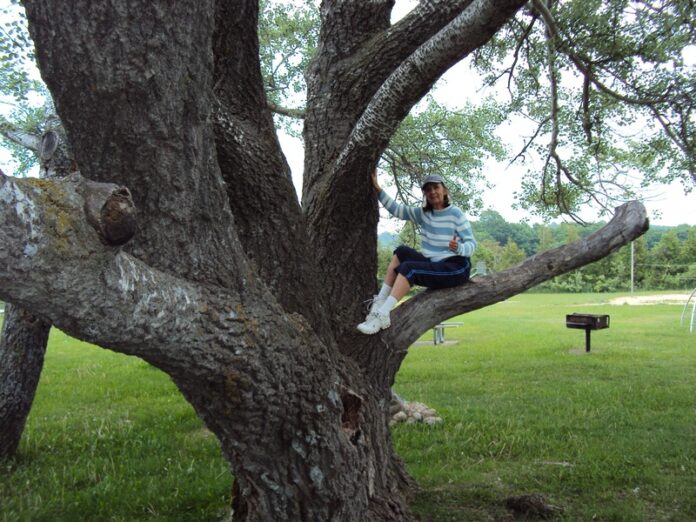 This article was written in response to a postcard I received in the mail recently.  The first three stories demonstrate how a simple act of love can make a monumental difference in someone’s life.  While the stories alone might be enough to raise your awareness of the power of simple acts of love, it is the reflection at the end of this article about a certain postcard that clearly makes a statement on why these acts of love are so important, so vital, right now.

At the age of 31, Hattie Montgomery weighed more than 500 pounds.  She had endured much in her short life, including numerous emotional and physical attacks and an assault by an acquaintance.  With a plethora of health problems, Hattie thought her life was basically over.  But then her grandfather, who was very ill, tenderly held her hand, looked into her eyes and told her that he loved her and was proud of her.  That’s all it took — an expression of love from one heart to another — to convince Hattie that she was lovable and life was worth living.  She went on to lose over 300 pounds and gain confidence and courage.  Today she continues to lose weight as she inspires others by sharing her story of triumph over tragedy.  Her words of wisdom:  “Believe in yourself; love and celebrate yourself and never give up!  You are worth it.”

Arthur was an accomplished paratrooper during the Gulf War.  At age 47, after many jumps, his back and knees were shattered.  Doctors told him he would never be able to walk again without assistance.  And at first Arthur believed them.  Needing a back brace, rather elaborate knee braces and canes in each hand to walk, his mobility was limited.  Weight continued to increase until he was carrying 300 pounds on his 5 foot 8 inch frame.  Then one day while surfing the internet, he accidently stumbled across a video of Diamond Dallas Page, a successful wrestler-turned-yoga instructor.   Arthur was intrigued and felt a glimmer of hope.  Perhaps yoga could increase his balance.  But no yoga instructor would work with him — until he met Diamond Dallas.  Diamond had no idea how he could help, but he was willing to try.  He didn’t see a disabled veteran but a young man with a strong desire to walk again, a man with potential and possibilities.  With Diamond Dallas’ guidance and his own determination, Arthur began to transform his life.  During his yoga routines he fell many times, but he always got back up.  As time went on, the back brace came off, the knee braces came off, and the weight came off, too.  In 10 months he lost 140 pounds and was not only walking easily without assistance, but was jogging as well.  Arthur continues to be deeply grateful for Diamond Dallas, for his encouragement and for his belief in him.  Check out his inspiring story on youtube by entering the words “never, ever give up.”

Aimee Mullins was born without fibula bones in her legs.  The absence of these bones made walking impossible.  The delivery doctor regrettably told her parents that their newborn daughter would never lead a normal life.  And he was right.  Aimee grew up to lead an extraordinary life, becoming an intelligence analyst at the Pentagon, a world record-breaking athlete, a fashion model, an actress and a motivational speaker.  You see, when she was an infant, only one year old, her parents decided to have both of her legs amputated below the knee.  They didn’t look upon their baby as a malformed infant but as a beautiful soul with special challenges and unlimited possibilities.  They saw love.  So with the help of prosthetics, Aimee began her journey that so far has resulted in more accomplishments than most people achieve in their entire lifetime.  It was looking through the eyes of love that made it all possible.

The 5 inch by 7 inch postcard came in the mail along with other cards and letters but immediately caught my attention.  There was a large picture of a machine gun on the front along with the words in bold red letters, “Fire Fully Automatic Weapons.”  The caption under the company’s name read, “Home of the Full Auto Machine Gun Rental Party.”  On the back of the card, in large red letters, I read, “Imagine Pulling the Trigger of a Fully-Loaded Tommy Gun!”  Under this was a short paragraph which began with these words: “Experience the thrill and power of firing fully-automatic weapons at your next event.  We offer the most extreme machine gun entertainment available in Michigan.”

I get it that real ammunition is not used, but that does not mean that participating in such a gun party is free from damaging effects.  If we are a society that finds pleasure in gun parties, then we are a society that has become numb to the pain and violence around us.  And it’s all around us.  The television, the movies, the video games have all become increasingly violent.  In tandem with this has been a horrific increase in the violence in society.  The Colorado shooting is only the latest in a long list of senseless acts.  Some people might say that I’m overreacting, that no harm is done when adults play with guns at these gun parties, but my heart tells me otherwise.  When you play with matches, sooner or later someone gets burned.  Seriously.

Now I’m not asking that we protest the existence of such a company or campaign to stop such parties.  What I’m asking for is an increase — an astronomically huge increase — in the amount of love each of us brings to this world.  We need to let go of judgments, prejudices and criticisms and open our hearts to see the oneness and commonality in each other.  We need to look more through the eyes of love and communicate from our heart not our head.  We need to realize that we all have our wounds that can’t be healed when we disconnect from the heart.  Love heals.  And if the existence of machine gun parties isn’t a call for love, I don’t know what is.  More than ever, now is the time to be love, see only love and act only from love.  The survival of the human species and of the planet depends upon it.  Live consciously.  Live compassionately.  Live courageously.  Live with love.