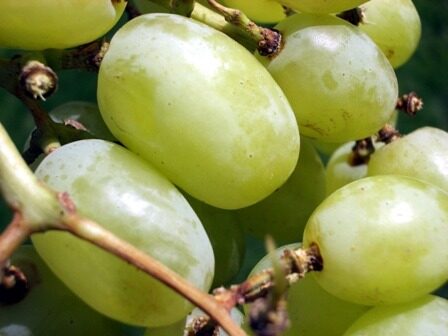 Our eating has changed more in the past 50 years than in the last 10,000 years. Become an educated consumer. Learn where our food comes from, how much of our food is made from genetically engineered seed, and why organic is healthier and better.
Our industrialized food supply started with McDonalds and fast food. McDonalds brought the factory system developed by Ford to the drive-in restaurant to simplify and cut costs. They started by training workers to do only one thing for low wages. McDonalds was able to create uniformity, conformity and cheapness on a large scale, selling inexpensive food.
There are other issues that are now known regarding fast food. According to Eric Schlosser, author of Fast Food Nation, corn makes up 30% of all US commercial agriculture. With the current emphasis on mass production of our food supply, corn has become the staple crop. Much of our present industrialized food supply today is made from corn.
Food is now engineered from corn so that it does not become rancid or go stale. Almost 90% of all manufactured food contains corn and/or soy in clever rearrangement. Today over 90% of all soybeans and most of the corn used in the food supply are genetically modified.
The list of sweeteners that are created from corn include high fructose corn syrup, sorbitol, xylitol, fructose, sweet & low, sucrose, maltodextrin, poly dextrose, inosital, and saccharin. Use real unprocessed sweeteners like raw honey, maple syrup, stevia or raw organic sugar cane instead of man-made corn sweeteners.
Other common products that contain corn in the form of high fructose corn syrup include Motrin, white vinegar, imitation vanilla extract, Velveeta cheese, disposable diapers, Kingsford charcoal, Tropicana orange juice, Kool-aid, Coke, margarine and many others. Corn is also used to make synthetic vitamins and minerals like ascorbic acid (commonly known as vitamin C), calcium stearate, and alpha tocopherol (known as vitamin E).
Genetically modified seed was first created in 1992. Monsanto, one of the biotech giants, has been successful in getting FDA approval to use genetically modified seed. Monsanto owns the patent on Round-up ready genetically modified seed for corn, soy, cotton, and canola. As recent as June 2012 the US Senate voted not to require labeling foods that contain genetically modified seed.
The average supermarket sells 47,000 products. Over 70% of all processed supermarket food sold today is made with genetically modified ingredients, which are not labeled. Over 95% of American consumers surveyed would not purchase food containing genetically modified crops if they knew it was modified. Lobbyists have successfully convinced Congress to not support any labeling legislation that would inform consumers. This is the reason why legislation has failed every year that would require labeling genetically modified ingredients.
For better health, purchase and eat organic free-range beef, pork and poultry. Free range ensures that the animals and poultry are allowed to roam free to eat their natural diet, and are not given any antibiotics, hormones or drugs. Eat wild caught fish instead of farm-raised fish to avoid consuming antibiotics and genetically modified corn.
Eating organic produce decreases exposure to GMO seed and pesticides, and increases nutritional intake. A study published in the Journal of Applied Nutrition showed that organically grown fruits and vegetables contained about twice the amount of beneficial minerals as those grown by conventional methods. Organic foods taste better and fresher, and are healthier.
Support legislators who support labeling our food. The power to change the current food supply is in our hands. Every food item purchased is a vote for that type of food. If the food is not organic or locally grown, then it is commercially produced and related to GMO seed. Eat organically grown fruits and vegetables, which is a vote against non-organic food and the biotech food industry.
As consumers we have a right to know what food we are eating and feeding our family. Each organic purchase is a vote against the industrialized food conglomerates. Support organic farms and local farmers. Shop at farmer’s markets and support local farmers who grow and sell organic food. Grow your own organic food when possible, and consume nutritional supplements that are made from organic foods. Together we can create a healthier food supply.