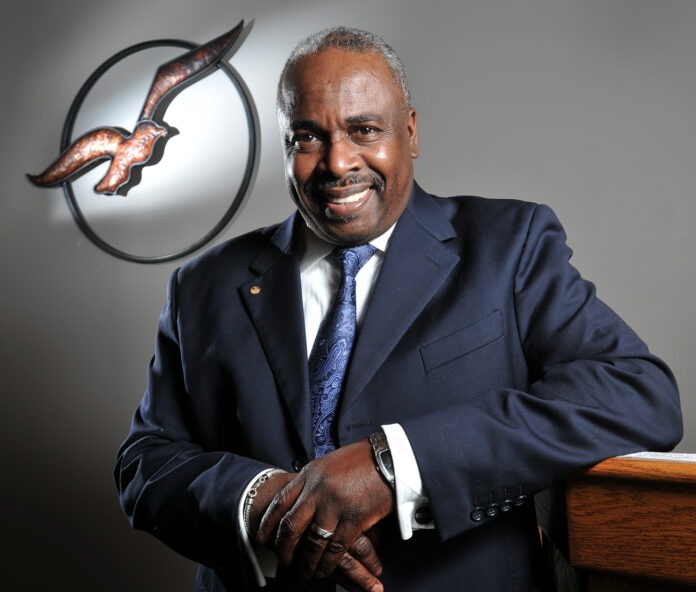 Rev. Guice’s installation ceremony will be held during the 10:00 a.m. service at Detroit Unity Temple, which is located at 17505 Second Avenue in Detroit, on the southern border of Historic Palmer Park.

Rev. Guice was ordained at the Unity School for Religious Studies in Lee’s Summit, Missouri in 2000.  Since that time, he has established himself as one of the Unity movement’s outstanding spiritual teachers of Unity principles and beliefs.  His goal is to prayerfully demonstrate and teach the principles of Truth as taught by Jesus Christ.

Rev. Guice has received many honors over the years.  He was recognized as one of the top ten teachers in the United States by Ebony magazine in 1988, and was selected as Michiganian of the Year in 2008 by The Detroit News. He also has received awards and recognition from Who’s Who in Black America and The Daily Word, a popular Unity publication that reaches audiences worldwide.

A New Vision for Detroit Unity

Guice said that as Senior Minister, he has three important objectives.   First, he wants Detroit Unity to get back to its roots as an “institute for higher spiritual learning.”

“People sometimes forget that Detroit Unity has been led and frequented by some of the most powerful spiritual teachers on the past several generations.   That is an important legacy,” Guice said. “Going forward, everything we do will have at its center the kind of teachings, workshops, classes and support materials that will propel each student’s spiritual growth to new levels.”

Throughout his career as a minister and social worker, Guice has worked closely with youth, whether serving as a teacher, mentor, counselor or teammate in a game of pick-up basketball.   Utilizing his ability to connect with younger generations, Guice said he plans to be personally involved in developing and implementing a solid youth development program that will make Detroit Unity Temple a magnet for families in the area.

A “Spiritual Anchor” for Palmer Park

Rev. Guice said he also wants Detroit Unity to become a key player in the ongoing revitalization of its historic Palmer Park neighborhood.

“Palmer Park is undergoing its own renaissance, thanks to the People For Palmer Park, a volunteer group that is leading the revitalization of the park itself, and Shelbourne Development, which is renovating many of the vacant historic apartment buildings in our neighborhood,” Guice said.

“Our intent is to become full partners in these efforts and to make Detroit Unity Temple the spiritual anchor for this community,” Guice added.  “While there is a lot of new energy and development in the Palmer Park district, there also is tremendous human need.  My commitment is that Detroit Unity Temple is going to take the lead in meeting those needs.”

Rev. Guice already has begun developing plans for expanding Detroit Unity’s offerings to the community, including and a movie night and jazz concert at the church, and is exploring the creation of a new community garden and food bank at the church.

“Ultimately, we plan to have Detroit Unity Temple buzzing with activity day and night, seven days a week, with a range of activities that uplift and support the entire community,” Guice said.

Founded in 1917 and relocated to its current Palmer Park location in 1954, Detroit Unity Temple is an inclusive spiritual community dedicated to teaching a powerful, positive message that supports each person’s unique path to understanding the power and presence of God in their lives.  Its teachings are based primarily on those of Jesus and also draw from other New Thought philosophies.