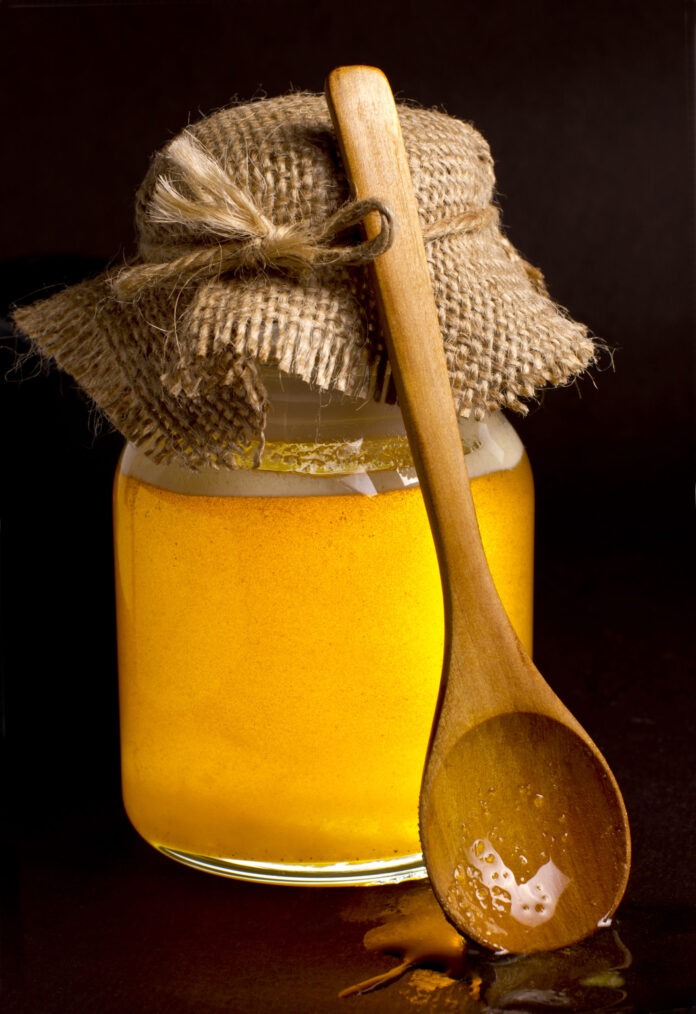 Honey bees provide us with the gift of honey, revered as one of the most amazing and nourishing substances. The history of honey can be found as far back as the first known human writings in the Indian Vedas.  As a food, honey is a source of many vitamins, trace minerals, antioxidants, enzymes, minerals, and nutraceuticals.  Some of the vitamins found in honey include B6, thiamin, riboflavin, pantothenic acid, niacin, and zinc.  Minerals include calcium, copper, iron, manganese, magnesium, phosphorous, potassium, and sodium.

In addition to being the perfect way to sweeten other foods, honey is an easily digestible source of energy which helps improve both strength and endurance. Many athletes use it before and during exercise to improve their performance by providing energy while keeping blood sugar levels fairly constant.  It’s also an ideal post workout food because it helps muscles recuperate by restoring glycogen.

It is important that you obtain raw honey, meaning that it is in its natural state and will have all the healing and nutritional values intact. Honey should never be pasteurized or heated beyond 116 degrees even when separating the honey from the honey comb or the healthy enzymes will be lost. Honey isn’t much different than ordinary sugar when it’s processed so it is important to pay attention to the type of honey you purchase. Texas A&M University tested 60 honey products from supermarkets and grocery stores and found that 76% contained no trace of pollen.

Known for its antibacterial and antifungal properties, honey helps build the immune system and promotes good gut bacteria. Consuming raw (unprocessed) honey from a local source is beneficial for those who experience allergies to local plants.  Because honey is composed of nectar and pollen from plants, it provides a natural way for the body to build antibodies to those allergens. This is one of the reasons we carry several varieties of a very high quality, local, raw honey in the office for my patients.

The antibacterial properties of honey for skin care, burns, and wound management are based on honey’s low level production of hydrogen peroxide.  The ability of honey to soothe burns and heal skin makes it ideal for use in skin care.

Honey carries a low glycemic load at 64 calories per tablespoon with a 10 on the glycemic index, which is less than a banana.  According to the “Hibernation Diet,” honey can help people lose weight when used in specific ways.  I’ll talk about the science behind this diet plan in addition to how the unique properties of raw honey, Royal Jelly, and Propolis may be used for improving health during my workshop at the Livonia Civic Center Library on October 24th.

As a caution to those who have reacted to bee stings, those who are on blood thinners, and children who are less than 12 months of age, honey and bee products should be avoided until cleared by a healthcare provider with knowledge of the potential problems.  Reactions for these people could be serious.

The more I learn about the benefits of honey, the more I feel strongly about protecting honey bees from the things that are threatening their existence. Since I cannot imagine a world without honey or all the amazing things honey can do for us, let me share with you some of the things I’ve learned.

Honey bees are amazing.  In the United States alone, honey bees pollinate more than a hundred agricultural plants, and even more plants in the wild.  They pollinate more than one third of our food supply.  Honey bees visit about two million flowers and fly about 55,000 miles, equivalent to flying twice around the world, in order to produce one pound of honey.  A single bee collects only about 1/12 teaspoon of honey in its lifetime, so it takes the entire lifetimes of approximately 560 worker bees to produce one pound of honey.

Honey bees are strong and resilient when they’re not overcome by stressors in their environment such as pesticides, other chemicals, or killer bees. Honey bees have survived massive die-offs, including the ones in the early 1900’s when the aerial spraying of pesticides was introduced.  But now there’s something more insidious, called colony collapse disorder or (CCD).

First noted in late 2006, CCD refers to the disappearance of honey bee colonies along with specific signs and symptoms, such as worker bees abandoning hives that still have a queen bee or a capped brood.  A 22-page study by PANNA (Pesticide Action Network North America), “Honey Bees and Pesticides: State of the Science,” provides insight into the plight of the honey bees.  PANNA is an organization working to replace the use of hazardous pesticides with ecologically sound and socially just alternatives.  The studies that are cited have been conducted by scientists and beekeepers, not funded by pesticide manufacturers.

Since 2006, U.S. beekeepers have reported annual hive losses of 29%-36 % so figuring out and stopping CCD is very important.   A class of insecticides, called neonicotinoids which contain the active ingredient imidacloprid and other similar chemicals including clothianidin and thiamethoxam, have been implicated for affecting honey bees when used as a seed treatment. These chemicals work their way through the plant into the flowers and leave residues in the nectar.  While not specifically lethal, long term exposure is of great concern.  Virtually all genetically engineered Bt corn grown in the U.S. is treated with neonicoticoids.

Feeding high-fructose corn syrup (HFCS) to supplement the honey bee’s food during the winter has also been implicated in the cause of CCD which gives us even more reason to avoid genetically modified corn, corn products, and high fructose corn syrup.

So here you have it. Honey is a true super food, a wonderfully sweet food full of great nutrition and at the same time offering us a storehouse of health benefits.  Honey can reverse low energy, clear bad breath, and even improve vitality.  Honey is truly golden in every way!