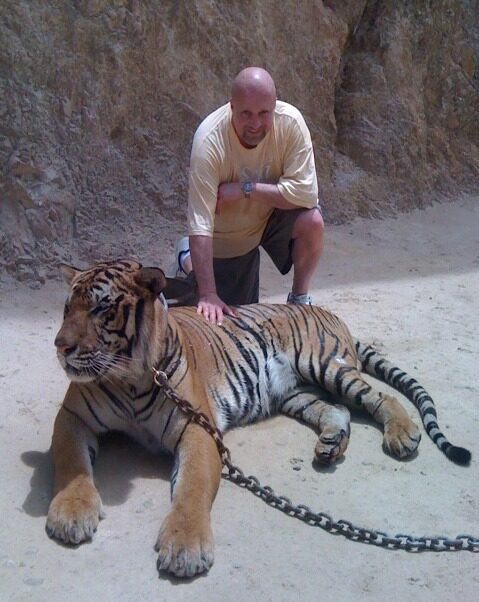 A fungus is a microscopic parasite from the plant family that thrives on the body’s abundant supply of minerals and sugars. There are many varieties of fungi, including yeasts and molds that can cause disease in humans. Most people know of Candida because it is the most well know disease causing fungus. It can also lead to toenail fungus which can be particularly unpleasant for those suffering from it. Thankfully, there are procedures available now like Laser Toenail Fungus Treatment which can help remove the problem.

Fungus can normally be found inside the intestines or in the environment such as on the skin, on pets, in foods and in carpets. The real problem starts when the immune system becomes weakened and fungus grows out of control. Many, if not most fungal infections, start with the use of antibiotics. In some individuals, even a single dose of antibiotics is enough to cause an overgrowth of fungus. This occurs when the antibiotics wipe out the beneficial bacteria found in the intestines. When the balance of the gut is disturbed by the elimination of good bacteria, harmful organisms and antibiotic resistant bacteria, fungi and other parasites rapidly multiply.

Fungi are often very aggressive and difficult to control because they can form nests or colonies that spread throughout the intestines. This can be compared to moss growing on rocks, except the fungus is able to adhere to the crevices found in the intestinal walls.

Fungi secrete chemical waste products that can accumulate in the human body. These toxins can cause behavioral changes such as hyperactivity and depression in people who are susceptible to fungal infections.

Gradually, the fungus makes its way into the bloodstream. Once in the blood, a fungus can reproduce quite easily. A tiny piece breaks off and the “bud” starts a new plant. This can cause a population explosion, especially since there is plenty of sugar and other nutrients in the blood for fungus to survive rather well. Fungi are capable of traveling through the blood to every organ including the brain. They have adapted very well to the human body, steal important nutrients, and make you crave sugar and carbohydrates.

You may notice that when you get sick, you are prone to the same types of infections. As an adult they may be the same ones you had when you were younger. Maybe you rarely get sick, but when you do, you tend to have the same sore throat, lung infection, sinus congestion or even ear infections.

This pattern of illness is not a coincidence. The earlier infections are often locked in at deeper levels of the body and resurface again when the body becomes weakened. Let’s take a person that had ear infections and sore throats as a child. After a few years and several courses of antibiotics, they seem to recover just fine. Then, sometime after, they get another sore throat. They take another course of antibiotics and feel better. The sore throat may come back every couple of years, but for the most part, this person is considered pretty healthy by most standards.

Remember, antibiotics target bacteria – both good and bad. They do not kill resistant bacteria, flu or other viruses. The symptoms seem to “disappear” for now, until the next time the body becomes weakened or predisposed. With the periodic use of antibiotics over time, a body becomes quite populated by fungus. It gradually spreads in the intestines and into the

blood, and begins to cause a variety of symptoms in other parts of the body such as poor digestions, food allergies, vaginal infections, joint pains, headaches and overall fatigue.

Since the immune system is already under stress, the person may notice that they have developed chronic sinus infections that don’t seem to go away. At this point, they may be sent to an ENT who says the person has allergies. Some doctors recommend a few weeks of an allergy medication to reduce inflammation in the nasal passages. Some recommend allergy shots. The person gets some relief, their nose is not so stuffy, they can sleep better, and are happy that problems have gone away.

Or have they? What about the indigestion, gas, bloating, depression, joint pains, headaches, fatigue and chronic vaginal infections? You may take an antacid, SSRI for depression, over the counter headache medication and vaginal cream. For many people this vicious cycle of “quick fixes” is a common scenario. Unfortunately, this fictitious person may actually represent quite a large number of people.

Despite advances in modern science, we have developed the potential for serious health problems with no real solution in sight – just a downward spiral of more drugs to “stuff” the symptoms just waiting for another replay. Fortunately, there are treatment methods available that are natural and effective, aimed at improving the condition of the entire body. We can prevent disease by treating the underlying cause.

I never stop with a diagnosis. I want to know where it came from, what caused it, and how to find and cure the root cause. This has lead me to focusing on enhancing the immune system and eliminating the numerous hidden infections caused by parasites, fungi, viruses and bacteria.

Because of the stealth characteristic of fungi and their link to aging and chronic disease, the most effective physical treatments would be holistic in nature and treating with Herbs. The goal of this type of treatment would be to improve the overall condition of the body, not just attempt to “kill the fungus.”