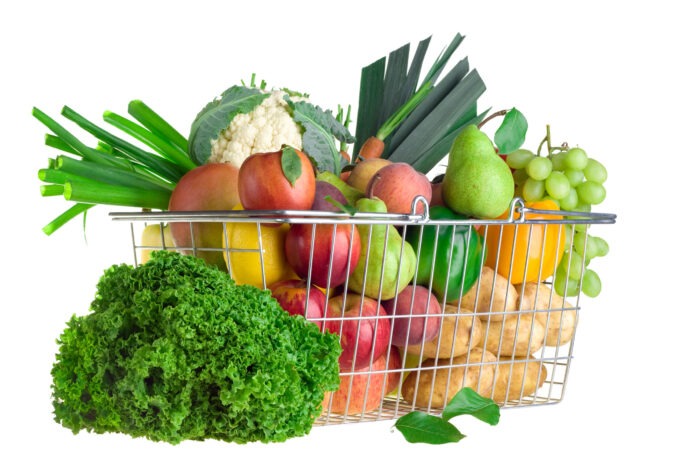 Good nutrition should never be underestimated.  Whether we’re eating because we’re truly hungry or eating for social or emotional reasons, the foods we eat are the building blocks used to recreate our physical bodies many times over.  Producing an average of 250 million new cells per minute, the body constantly rebuilds itself with the raw materials we provide.  Our health and life itself depends upon the choices we make every day, so let’s take a closer look at what we’re eating.

Many people know that certain foods are better than others, yet they crave many of the unhealthiest foods.  Teased by MSG spiked foods and foods intentionally infused with artificial flavors and aromas, it’s easy to become short-changed on nutrition.  Since most processed non-organic foods obtained from grocery stores and even health food stores are made with GMOs (genetically modified or engineered ingredients), eating the way nature intended has become quite challenging.

Eating wholesome food doesn’t have to be a thing of the past; but choosing wisely among the foods available in stores is more difficult when GMO ingredients aren’t labeled.  Proposal 37 which requires labeling of genetically engineered ingredients in foods will be a milestone if it passes in California in early November 2012.  If you heard Dr. Oz talk about GE foods on national television, read any of my articles where I’ve talked about GMOs, or read Jeffrey Smith’s newsletters from the Institute for Responsible Technology, you probably already have an opinion about GMOs.  If not, you probably want to have a choice of whether or not to buy GE foods for yourself or your family.  According to recent polls, most people want to know what’s in their food.

Introduced to increase crop yield and obtain higher profits, genetic engineering consists of inserting altered genetic material into a species or organism.  Genetic engineering may be one of the greatest threats to our health and environment, even greater than the use of chemicals and herbicides which have been implicated as a causal factor in many cancers and diseases.

The earliest reports indicating the dangers of genetically modified foods were strategically hidden in order to get FDA approval.  Since the genetic material of the plant, animal, or organism is irrevocably altered, repercussions are essentially unknown.  Yet, it seems only logical that inserting foreign genetic material into plants and animals could cause them to react in unpredictable ways.

One of the biggest dangers of genetically modifying plants with insecticides is the engineered design of plants producing their own insecticides. The result of this experiment is these plants reproduce insecticides at levels higher than commercial insecticide applications, and as much as 100’s of times stronger. This poisonous insecticide is now in the portion we consume, and the proteins are different than any our bodies have ever encountered. GMO’s pose health risks greater than chemical insecticide use alone since they do not reduce over time.  Instead, these chemicals potentially increase and may transfer their genetic traits to other bacteria, plants, or animals.

Before the advent of GMOs, farmers obtained their seeds from the plants they grew to use the following season.  This ensured better success as these seeds helped to produce crops more adapted to their environment. The companies that sell GMO seeds now require farmers to send the seed back each year and buy new GMO seed.  While this is financially lucrative for the seed companies, it’s a nightmare for the farmers.

I feel strongly that GM foods are labeled for consumers to determine whether or not they want to consume these products. I also question whether or not these potentially dangerous plants and animals should be produced at all considering they can alter other non-GMO plants and animals simply by being in contact with them through pollen and/or cross breeding.  I’m also concerned about why the producers of these GMOs haven’t wanted open discussion about the pros and cons associated with these products.

Perhaps we should be as smart as the cows that are described in the book, Seeds of Deception, written by Jeffrey M. Smith.  When cows were given a choice between GM and non-GM foods, they chose the non GM food unless there was nothing else for them to eat.  In other GMO altered animal studies, the animals have been shown to be diseased, often having increased tumors and cancers.  In some of the fish studies, the fish became larger than normal and highly aggressive.

To my knowledge, the initial promise of higher crop yields, lower cost of production and less chemical use has not been realized.  When people are threatened for talking about something, it’s worth taking notice of. Truth in a free society need not be feared. As always, the bottom line here is to be informed so you can make your own choices.

Until GMO foods are labeled, I suggest buying organic foods, or foods that have the Non GMO Project Verified label.  If you buy conventional foods, avoid anything made with canola, corn, papaya, soy, and sugar beets since these are almost always genetically modified.  Remember that GMO ingredients are in 3 of every 4 processed foods so until GM foods are labeled, you should avoid as many processed foods as possible.

When it comes to buying produce, research from the EWG (Environmental Working Group) is invaluable. This non-profit organization lists what has been called the “Dirty Dozen” and the “Clean 15.”  If you want this information handy when you’re shopping, you can receive a “bag tag” or a business card which lists these foods for a small donation to EWG.  Order one online or pick one up when you stop by my office.  Either way, your donation to the EWG will contribute to a worthy cause.  Another thing to remember is that smart consumers automatically contribute to other worthy causes by the choices they make and the benefits are invaluable.  Smart consumers contribute to their own health while contributing to the health of our planet. Now that’s something to think about!