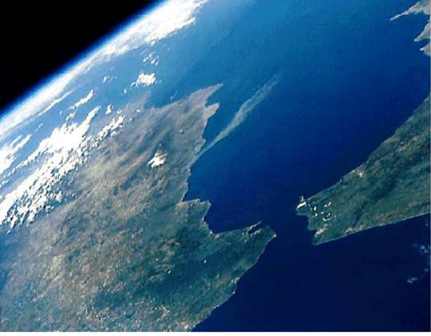 The Age of Aquarius has dawned. We, as members of the human race, have moved through the trials, tests and triumphs of the Age of Pisces, now to embrace the further challenges that evolution brings us, in its eternal quest for perfection.

We have already seen and experienced boundaries pushed wide; opening us to new possibilities in science and spirituality.

Hubble has transformed the field of astronomy, taking us 13.3 billion years backwards into time, to glimpse some of the oldest galaxies ever seen. Several new planets have been discovered by Keplar, another space telescope, currently expanding our boundaries as Christopher Columbus did — with the discovery of over two thousand new planets in the Habitable Zone — all capable of supporting life.

At the same time as this space exploration, opening our minds and hearts to previously undreamed of possibilities, there have been revelations into inner space.

My own Spiritual Master, Dr. George King, plumbed the depths of these inner planes to reach Cosmic consciousness many times and was an outstanding Medium for Extraterrestrial Intelligences. Just as Moses received The Ten Commandments, Dr. George King was a messenger for this Age receiving over 600 messages of cosmic wisdom and power for this Aquarian Age. The Twelve Blessings was delivered through Him by no less a Personage than The Master Jesus who, in 1958, brought forth His New Age bible to include a cosmic concept in keeping with this Age.

Over six hundred Cosmic messages, known as Transmissions, were given to humanity at this time of great change. These offer inspiring advice and wisdom for all Spiritual seekers.

We are pleased to launch a new series of monthly Cosmic Wisdom Study Classes conducted by three close students of Dr. George King for over twenty years; myself, my husband and co-author/Spiritual teacher, Gary Blaze, and the Organizer of the Michigan Branch of The Aetherius Society, Dave Capraro. The first class is on Friday, Feb., 22 from 7:30pm–8:30pm. followed by a social. We hope you will join us for a Cosmic glimpse into the true majesty, mystery and meaning of this Age, and your role within it.