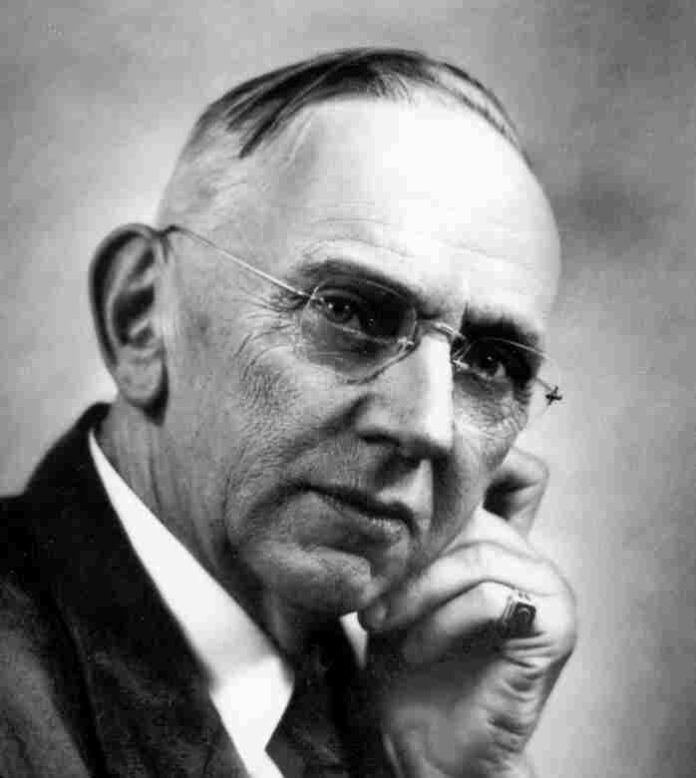 It is quite likely that you have heard of Edgar Cayce. He was an American psychic who has been called the “Sleeping Prophet,” the father of holistic medicine, and the most documented psychic of the 20th century. He was born in Kentucky in 1877 and his story is quite amazing. Cayce was a very religious man and at a young age vowed to read the bible every year of his life. He did, in fact, accomplish this task until the end of his life in 1945. In addition, he taught Sunday school and recruited missionaries.

In his early 20’s, Cayce became partners with his father to sell insurance. However, due to severe laryngitis, Cayce lost his voice and was unable to speak. The following year, a stage hypnotist named Hart attempted to cure Cayce with the use of hypnosis. Cayce’s voice temporarily came back but it did not last. A local hypnotist named Al Layne, then stepped in and worked with Cayce. While in a hypnotic trance, Cayce described what caused his ailment, and was then able to become cured of the condition. At a later date, Cayce was able to help Layne with several of his own issues by suggesting cures which were both accurate and effective.

Layne encouraged Cayce to give trance healings to the public. He was reluctant at first, but finally agreed to do so on the condition that the readings would be free. For more than 40 years, Cayce gave psychic readings to thousands of people including such famous people as Woodrow Wilson, Thomas Edison, Irving Berlin, and George Gershwin. Cayce’s readings diagnosed illnesses, gave prophecies, and revealed previous lives of the clients.

Cayce would lie down, close his eyes, and put himself into a deep state of relaxation and meditation. In other words, he entered a deep hypnotic trance. He was then able to make contact with the universal consciousness, also known as the “Super-Conscious.” Once in trance, he would respond to the questions of the people he was doing the reading for, often answering questions such as: “What is my purpose in life?” or, “How can I get help for this ailment?” The responses to the individual’s questions came to be called “readings”, and much of the information and advice is still helpful today.

Cayce stated that he did not remember what was said during the reading. Because of this, he would have his secretary, Gladys Davis, record everything that was said during the reading. Cayce stated that the unconscious mind has access to information that the conscious mind does not have access to. Cayce gave over 22,000 readings during his life, although some are missing.

Cayce did not at first believe in reincarnation, but was forced to consider it as a result of the material produced during his readings. It took him several years until he actually believed that reincarnation, or past lives, were valid. Cayce would also ask his audience to test his suggestions rather than accept them on faith.
It is believed that when Cayce made contact with the “Super-Conscious,” that he had access to what is called the “Akashic Records.” This contains the records of everything that has ever happened to every individual. Some call it the “Book of Life.” It has been described as a universal library or even a universal supercomputer. The records are constantly updated and can be accessed under deep hypnosis. Cayce did not believe that he was the only person who could gain access to this information. Many people today are able to get information from the Akashic Records.

One such person who has developed a wonderful method of accessing this incredible knowledge, is world famous author and hypnotherapist Dolores Cannon. With her methods, one is able to enter a deep state of hypnosis and then make contact with the Super-Conscious level. At this level, individuals are able to get answers to practically any question they have about themselves. Dolores has even been able to get healings from the highly evolved beings on the Super-Conscious level. Much of this is described on her website.

Phillip Rosenbaum, Self-Esteem Academy
If you are interested in experiencing this type of hypnosis, I have been trained by Dolores Cannon to use her method. I am a certified hypnotherapist with a Master’s Degree in Clinical Psychology and Counseling. I received training in hypnosis from the Clinical Hypnosis Institute, and from Dr. William Wolfson, M.D. My approach is gentle and nonjudgmental. This method offers a wonderful and very relaxing experience, and one that can change your life. To contact me, please call 248-688-6469 or contact Eternal Balance Holistic Life Center at 248-542-1357