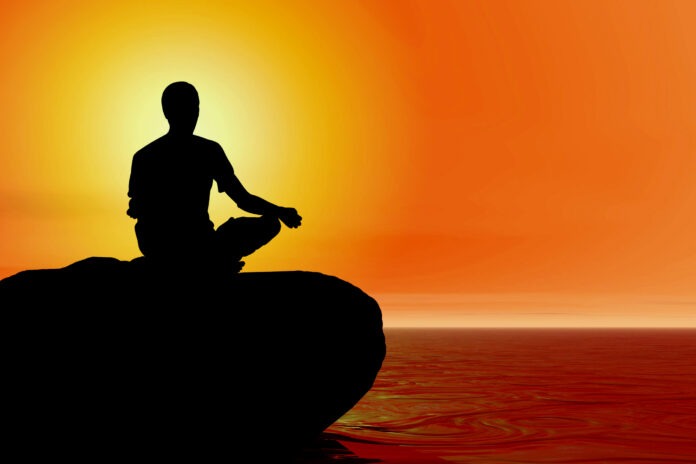 The late Founder of The Aetherius Society was the Spiritual Master George King, born in Wellington, Shropshire in England on January 23, 1919. It is difficult to describe the life and works of this Spiritual giant who in his lifetime undertook humanitarian feats of global proportions in these short articles, but we shall attempt to give you a glimpse into the life and achievements of this remarkable man.

Dr. King had approximately fifty or more close students, referred to as the ‘Staff Team’, who were in Headquarters and Branches in England and the USA. These close students were around from the mid-1950s until Dr. King’s passing in 1997. They were with him during his lifetime to assist him with his global mission of the peace and enlightenment of humanity, and today continue his work.

It was a perpetual inspiration for these students to study under and work with him for they lived in a constant atmosphere of dynamic and intense spirituality that it’s difficult to describe in everyday terms. Working with this extremely enlightened, realized Spiritual Master was equivalent to lifetimes of concentrated experience. His ideas were new and ahead of their time; his mind and reactions were lightening fast, and his skills learned in other places at other times.

Although we could include many of Dr. King’s qualities, for the purposes of this brief glimpse into his life, we shall focus on several of his remarkable abilities. Dr. King had unusual mental powers; he understood and gave profound teachings on the power of the mind and excelled in the realms of imagination and creative visualization. Even as a boy, he never hesitated to think thoughts on a grand scale. He dreamed of a better world and worked hard to bring his vision to life.

His Spiritual Roots
Early in life his deep Spiritual interests found expression in traditional Christianity, but he soon learned there was more to life than the orthodox could show him. First turning to psychic phenomena, he quickly became an adept of this research, delving beneath the superficial nature of things to their causes.

Still looking for more, he began to study yoga. For the next ten years, he practiced this ancient science for 8 – 12 hours a day until his mastery of terrestrial phenomena and of his mind made him a knower – a realized Master. His focused effort through years of strict yoga discipline led him to attainment of the highest states of consciousness.

By the early 1950s, his wisdom and mastery were evident to all around him. Through incredible mental control he was able to levitate, to dematerialize and rematerialize, and leave his body at will. However, ever seeking ways to serve mankind rather than concentrate on his own advancement, he soon left behind his own bliss and phenomenal psychic abilities.

He was still in his early thirties and his real Mission of global service to humanity was yet to begin….