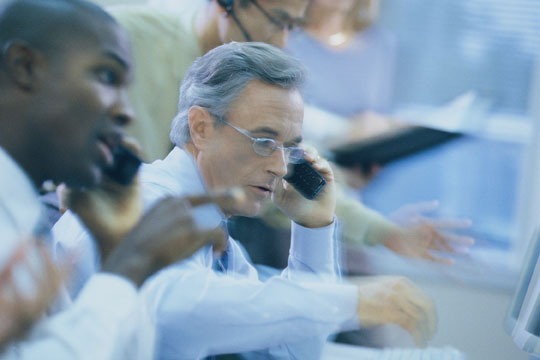 Last summer we took a driving trip. Most of the time we used the GPS; when we got into the less populated states it often failed. The first time it happened we were unprepared. It was a bright sunny day, there wasn’t a cloud in the sky. Suddenly, it turned dark and started to storm so we turned on the GPS and asked where the next motel was. It told us it was over 200 miles away. It got darker and darker – – it was so dark it was like midnight. We turned back and went to the nearest city which was only 30 miles behind us. There we got a room. The next day when we started out we found that there was a motel only 5 miles from where we’d turned around.

Things went fairly well from there, so we figured that either the database for that part of the country was not good or the storm had effected it. In either case, we went on. We drove through Glacier National Park, through Mount Rainier and out to Olympia and everything seemed to be going fine.

And then we turned back towards Michigan, driving through Oregon. The first indication that the database was not quite right was when the GPS showed our location about 500 feet off the road. We found this quite amusing! We drove through small cities and it showed no roads other than the one we were on.

We went on for a while trying to pick up a new GPS from a different company. The second GPS had a database that seemed better, but had other flaws which we found quite annoying!

As we neared the end of the trip we told the GPS that we wanted to go home. It told us that there were over 50 hours of driving time, which would push us beyond what we wanted to drive in the daytime. So, we decided not to make any intermediate stops. That night we checked a map and it looked like only 2 to 3 days of driving. (The GPS told us to take a turn that would’ve taken us back out west!) We decided to route ourselves using the map. As we drove that day, the GPS indicated that there were 51 hours of drive time left. As we passed through a small city, it suddenly changed and said there were only 16 hours of drive time left!

Many of us put our trust in technology and it often works very well. People also start to think that technology is always right, yet, technology does fail. We need to understand when it is working and when it is not. It doesn’t matter what type of technology; whether it is something simple, like a GPS, or something more obscure and life-threatening like medical technology. We need to think and make our own decisions – – like us on the trip.

When things don’t look right we need to seek an alternate source and decide which is correct. Like the GPS, sometimes older methods, such as a map, yield a better result. One does not preclude the other. When used together we sometimes get a better, safer and more reliable result.

Technologists often try to make us believe that the old solutions don’t work. In most cases, like with the GPS, the old methods are the technologies that are used as its foundation. The old paper maps have been digitized and form the foundation for the GPS navigation systems. Most medications come from traditional herbs that have been used for many centuries. Even some of the most steadfast of these, like aspirin, are derived from the American Indian headache remedy, willow tea.