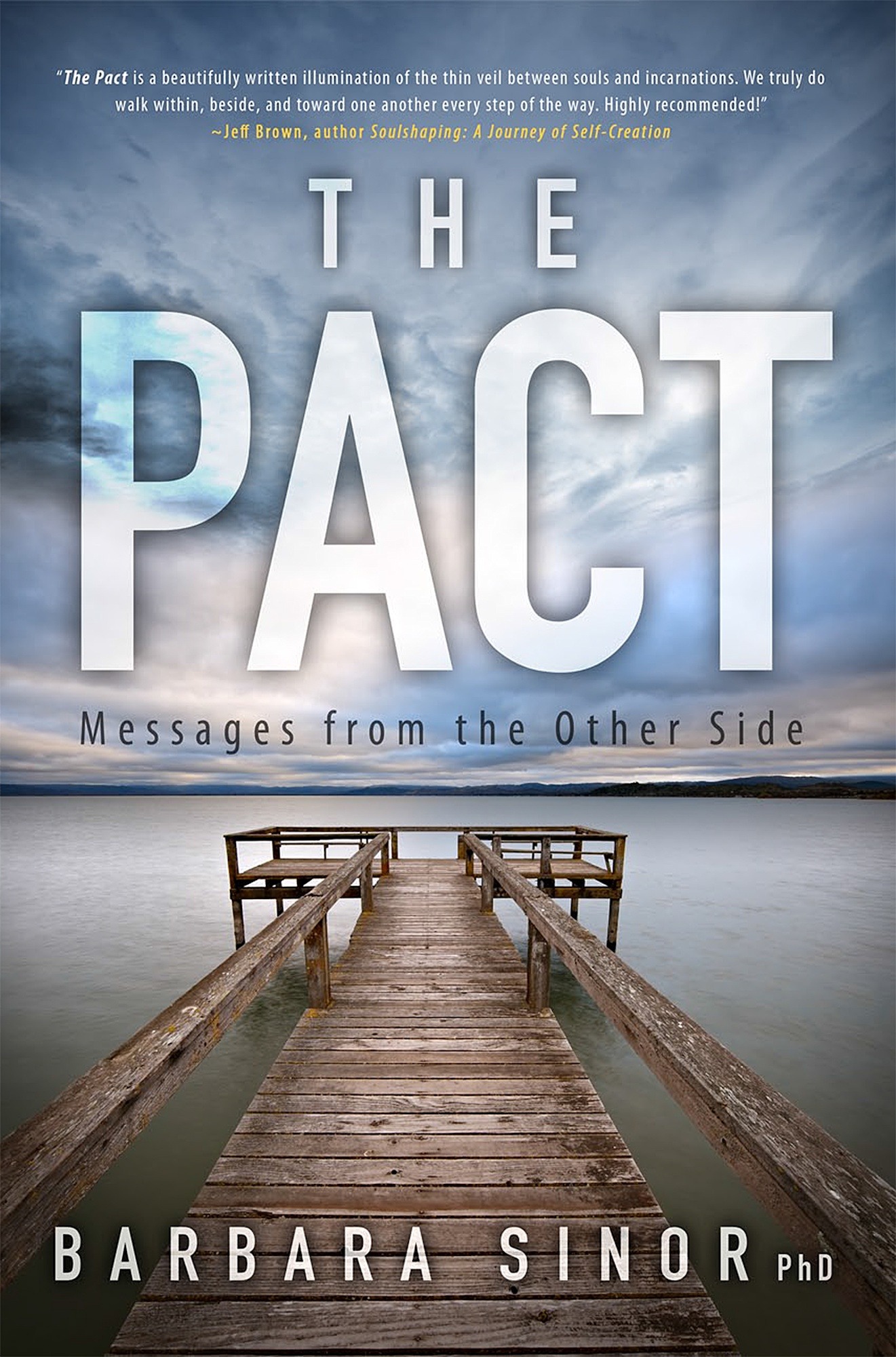 Since the beginning of intelligent human existence, the question of what happens after death to our personal Self, our soul, has been asked by all denominations of religions and their followers. Many of us intuit our own answer to this question, which fulfills us satisfactorily; others have experienced the passing of a loved one and their soul’s transition to the other side. Still, many sit unknowingly, waiting for answers to the questions surrounding the cycles of life and death.

When my husband, David, and I made our pact, we were grieving the loss of our son, Richard. It was about six months after Richard’s death when we had begun talking about the unsettled life we had experienced with our alcoholic son–why it had to happen the way it did, and what our part had been in his life. As we continued talking and asking the unanswerable questions of why our son had to die, we discussed the possibility of his hearing our discussion from the other side. We also began talking about our own mortality; and, we discussed our personal beliefs about death, and where spirit goes after its physical transition.

Whatever your belief surrounding the nature of being, there can be an appreciation, or open-mindedness, to the concept of a soul’s progression after death. The many spiritual views maintained are as diverse as there are people on the planet. Even if one does not have a spiritual belief system, that is a spiritual belief in itself.

While David and I were grieving our loss, we wanted more answers. We wanted more information about whether our son could hear or see us, or if he could feel our pain from the other side. As we talked, I suggested we make a pact that whoever dies first would do everything possible to connect with the one remaining, and share about the other side of this physical reality. We agreed the connection could be accomplished by any means possible. Our pact was made, and we knew our bond would remain until one of us transitioned through that thin veil to what most of us call, heaven. Sadly, it was only two years after binding our pact that David passed away in his sleep.

I intuitively felt David near me for several months after he died, and I had several potent dreams in which he connected with me on many levels. I wanted a more viable connection with him. It was another year before I received the visceral contact that I desired. While I was away for a healing retreat, my daily meditation included journaling and asking many questions surrounding David’s death. During one session, I automatically began writing answers to my questions; these written answers read as if they came directly from David. After returning home, I reread all my journaling and found an entry in which he told me to go sit at my computer, close my eyes, and channel his words.

In the beginning of my channeling, it was my intent to receive only personal information from David. However, it was soon revealed that our story could guide many others to find solace with the issues surrounding death, afterlife, and reincarnation. Each person will, no doubt, have their own interpretation of the insight and mystery found within my book, The Pact: Messages from the Other Side. It is a fascinating mixture of contemporary memoir and past life narratives reconstructed to allow a glimpse into the metaphysics of life.

Barbara Sinor, Ph.D. is a retired psychotherapist living in northern California. The Pact: Messages from the Other Side is Sinor’s sixth published book and she is currently working on her first fiction novel. Contact Sinor through her web site: www.DrSinor.com

In Touch Interviews with Author Barbara Sinor on Body Mind Spirit RADIO. Listen in to the discussion on her book The Pact: Messages from the other side along with topics from her book! Her book gives an account or life death, birth and rebirth with accounts of her own past lives. www.bodymindspiritradio.com