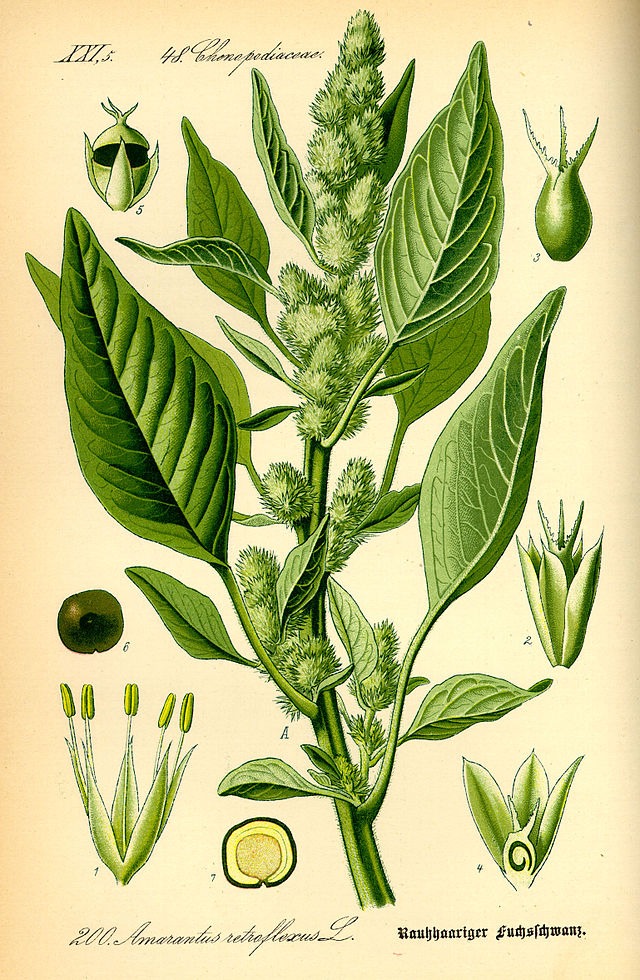 Amaranth is one of the signature whole grains of the summer. It is very small and that makes it challenging to cook. I have found it is most flavorful if you cook it with other grains. It also has a tendency to be thick and gewey when cooked. This makes it ideal to add to oatmeal and make a breakfast porridge.

Amaranth was the sacred food of the Aztecs. Wherever this whole grain is consumed there is little or no mal-nutrition. One plant will yield 50 thousand seeds. It is related to quinoa, the other signature grain of summer. But unlike quinoa that falls apart after it is cooked, which makes it great for salads, amaranth remains thick and creamy making it good for other things, such as porridges. Amaranth is in a group of plants known as photosynthetic superformers. This makes it above normal in efficiently converting soil, sunlight, and water into plant tissue, causing it to have extraordinary nutritional value.

It is high in Vit. A, B6, K, C, folate and riboflavin, and is rich in minerals, iron, calcium, potassium, and manganese. Amaranth is very high in protein, fiber and amino acids.
Remember, if you want to try amaranth, cook it with other grains. I have found quinoa and millet work best with a quarter ratio: one quarter as much amaranth as the other grain(s).

It can also be added to soups to thicken them. My favorite way to eat amaranth is in this porridge. I use amazake to sweeten it–it’s a whole grain sweetener made from brown rice and will not spike your blood sugar levels. You can find it in the freezer section of a local health food store.

Put rolled oats, amaranth, water, amazake, cinnamon, sea salt, allspice and cloves in a small pot. Bring to a boil. Reduce to a simmer, cover and let cook for 30 minutes. Add the raisins and walnuts. Mix together and serve.

Your Guide to a healthy body, an enlightened mind and a renewed spirit. Printed and distributed through SE Michigan for the Detroit Metro audience and read online by fan around the world!