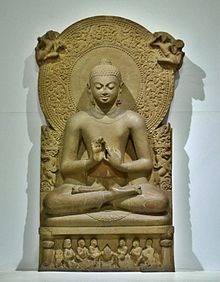 The psychological approach of Buddhism grows from the Buddha’s initial experience of trauma. The legend goes that as a young man, the Buddha, a prince named Siddhartha Gautama, sought to leave his palace. He had been raised in splendid isolation, shielded from the outside world. But like all young men he grew curious. What was outside these cloistered walls? he wondered. He ordered his servant to take him outside. The servant reluctantly complied.

As he and his servant left the palace they saw an ill person, pale, wan, coughing. “What is that?” young Siddhartha asked the servant. “That is illness” said his servant. “Everyone gets ill, and so will you!”

They then came upon an elderly person, bent over, wrinkled, with gnarled hands. “What is that?” asked Siddhartha. “That is old age” said his servant. “Everyone gets old, and so will you!”

As they traveled, they spied a corpse lying in the street. The corpse was stiff and white. “What is that?” said the Prince with shock. “That is death” said the servant. “Everyone dies, and so will you!’

Siddhartha was traumatized, frozen and dispirited. He had never imagined that so much suffering existed in the world.

They next spied a Sadhu, an ascetic religious pilgrim. He was nearly naked, dressed in rags. He was emaciated and filthy. Yet he had radiance about him. His countenance was calm. He had a smile, and appeared to be in a state of blissful peace. His state of equanimity touched Siddhartha’s heart. Right then the future Buddha became determined to discover how he too could find peace in the face of so much worldly suffering.

Buddhist psychology exclaims that suffering — disappointment, anxiety, depression — are inherent in the human condition. And it is our task to accept suffering, but find ways to make peace with it. This contrasts with the western view that painful emotional states are pathologies to be eliminated. Western psychology sees human suffering as symptoms, which need to be treated and eradicated by medication or talk therapy.

The recent Western academic and clinical movement called, “Positive Psychology”, more closely mirrors the Buddhist approach. Most clinical psychology had focused on human pathology, and why it occurred. Positive Psychology began by focusing on happy individuals and asked, “How do they find happiness in this world of stress? In the face of daily tribulation, losses of all kinds, and frequent trauma, how do some individuals remain content?

After years of studying such persons, they found a common denominator. It was not that happy people had fewer stresses in the their lives; it was that they cultivated the positive in their daily living. Even as stresses bombarded them, they remained grateful for life’s bounty. The patients that the Positive Psychologists studied were like the Buddha. The Buddha reached enlightenment through staying serene, by refusing to weaken in the face of the steady assaults by the evil goddess, Mara. Mara attacked the Buddha. She hurled knives and arrows, but they never touched the Buddha and, instead, in the face of his serenity, they “turned into flowers and fell at his feet”.

In studying college students, psychologists found that the unhappy students focused on the hard work, the poor living conditions, and the mistreatment by the college staff and professors — all of which certainly existed. The happy students, however, focused on the privilege of getting an education, the personal relations they were building, and the rosy future an education would give them.

It was not that one group had more suffering inherent in their life; it was that one group chose to put their energy into the positives not the negatives.

Gratefulness is all around us. In the morning prayers of Jews, they thank God for restoring their soul so that they may live another day. We need to be grateful mostly for the privilege of being alive. The Orthodox Jews thank God for every meal, for every sunset, for every breath. They create happiness, and this is what Positive Psychologists found. It was the happy people who experienced positive events. It was not the events that made people happy or sad.

We can cultivate happiness. Try this experiment that Shawn Anchor discusses in, “The Happiness Advantage.” Each morning, get up and write down three things in the last 24 hours for which you can be grateful. It may mean a friendly glance, getting a parking space, or winning the lottery. Search your mind and experiences, to discover the bits of life that you can view with joy and gratitude.

Do the experiment for 3 months. You will have cultivated a trait of joy and contentment even if stressors remain the same!