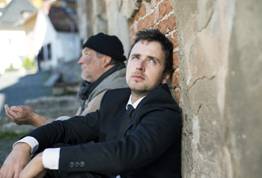 A homeless man reached out to me two weeks before Christmas 2014 for a reading. He is currently living in his car as a result of a series of tragic events that seemed to have plagued him over the past six years. He felt abandoned and could see no hope for his future, and saw no reason to continue with this life path. Jake, (not his real name) has a minimum wage job that he has had for many years, only getting raises when his employer was forced through government legislation to raise the minimum wage. He kept a modest roof over his head and paid his bills, until he was overtaken by accidents and health issues that never seemed to end. Jake found he could not keep up with his bills and was thrown out of his home over a year ago. As he explained to me, the only good thing was that he wasn’t married and didn’t have children, who may have had to experience this plight with him. As we all know, many families have been left homeless due to the economy or life circumstances, such as Jakes.

I personally have witnessed an increase of people begging on the streets of my middle class suburban neighborhood. Never before have I seen so many people with signs asking for help, food or simply a job. Every day I saw a man who stood at a busy intersection wearing a suit, simply asking for a job. I have not seen him out there for a few months now, so I pray that he found his job.

Jake did however have faith in God and listened to his spirit guides, but when he fell into depression and felt hopeless he no longer kept the divine bridge open and felt he could no longer connect to his guides. Jake picked up a Body Mind Spirit Guide one day; he enjoyed reading the inspiring articles and decided he would listen to the radio shows that were listed on the back of the magazine. He started to listen to all the radio shows by dialing-in using his phone (because he was working he did have money to have a phone). By the way, he had never begged for money, he just kept hoping things would get better. He later said that he found my radio show to be a beacon of light. Jake would listen to my shows over and over again using the library computers. But, he was truly seeing no hope and felt that he could check out of life, that maybe the next life would be better.

Actually, I was faced with this very issue from another friend of mine who came to my home one day asking me all about reincarnation. I should have opened up my psychic door, then I would have discovered his real reason for asking me, but hoping he was just seeking knowledge I shared my understanding of reincarnation. I later learned that the IRS was threatening to send him to jail and his wife was divorcing him. Sadly, he committed suicide two weeks later, leaving his wife and six children with a mess to face without him.

I don’t keep my psyche open all the time. I have trained myself through meditation to open up my psychic door to the universe, but it is very important to close it after a reading; otherwise, one is open for psychic attack and health problems. The famous Edgar Cayce warned of this as well, and told his family that it could take his life prematurely if he didn’t limit the time spent with his psyche open.

Jake called me to book a reading; he said that he had a very important question to ask me. Many of you know listening to my show that I don’t ask questions, I just let God and the highest spiritual beings come through me to put a light on your life path so I can view your destiny.

As I was doing my reading on Jake, I could see that he was going to take his life, and that he reached out to me in hopes that I could see any purpose for his being alive; he stated that he had no friends, family, wife, children, or reason in his mind to exist. So, I asked him a question, “Have you ever seen, It’s A Wonderful Life?” “Of course” he responded, but still did not understand because at least George Bailey had family and friends. Then I asked him, “Have you ever read, Conversations with God by Neale Donald Walsch?” Jake responded that he had but again what did that have to do with him. I answered by telling him that it had everything to do with him and for that matter everyone on the planet. Life is full of miracles, most of them are small, but still significant.

You see, being on Earth is an experience designed to evolve our souls. When we face great adversity we often experience our souls greatest growing spurts. I told Jake that he may smile at one person today, and that will be all that that person needed to believe in themselves, or could lift a heavy burden from their day. If he wasn’t there to smile at that person, they may have been in a bad mood and could tell off their boss and lose their job, or have an argument with their spouse which could have created martial unrest.

Maybe Jake would talk with someone on the street about how he was surviving even while being homeless, which in turn, that person might want to help homeless people by donating money or time to the cause which would help many others. As you get the drift that every action, no matter how small, affects the soul. Your physical body will release the soul when your purpose has been completed.

By interfering with your life path by trying to push the reset button, the cause and after effects could change hundreds of events. Your purpose can be simply performing a kind gesture to someone in need or even by letting someone help you which may allow them to complete a purpose in their souls growth. Purpose does not have to be a major event, it may be little things like making enough money in your job that you can over-tip a server– helping them pay their bills and keeping food on their table, giving to charity, or being a volunteer. Take joy in giving and you will receive ten fold.

Jake is doing well now; he is working on getting into housing and feels more valuable and joyful in his life. This may have seemed like a sad or dark article, but please note that everyone has to face darkness and strife in life at sometime or another. But remember, you are a child of light and you would not be on Earth without even the smallest purpose, and the reward is that your soul continues to evolve to a brighter light.
With Love & Light,
Wendy Powers