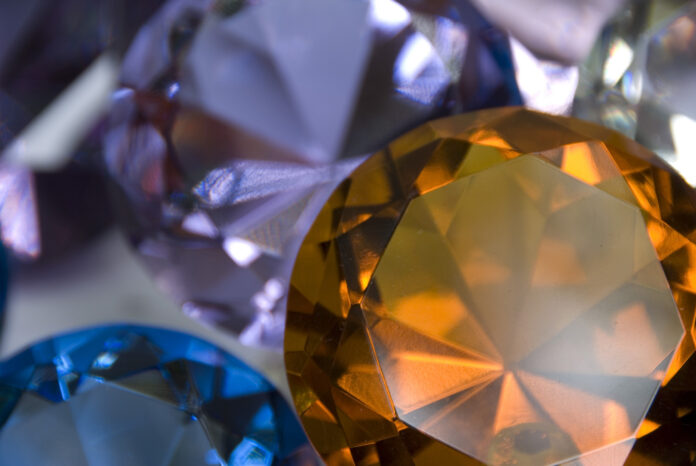 Characteristics:
Amethyst is a widely known mineral and gemstone; it is part of the quartz crystal family, and recognized by the color purple. Its purple color can be bluish or a reddish purple and can range from a light lilac to a deep, vivid, royal purple. It’s a natural gem that exhibits “color zoning”— which results in angular zones of darker to lighter in color variations and hues throughout the stone. Color zoning is an important indicator that gemologists use to identify its natural origin, differentiating it from the synthetic amethysts in the market. Amethyst gemstones come from all over the world: Brazil, Uruguay, Sri Lanka, Madagascar, Zambia, Australia and in the mountains of Russia. In America, amethysts are mined in Colorado, Maine, Montana, North Carolina and Pennsylvania.

From the ancient times, the amethyst has been known as a sobriety stone. The Greek word “amethystos” translated as “not drunken”, from Greek a-, “not” + methustos, “intoxicated” and considered to be a strong protection from drunkenness.
For this reason, wine goblets were often carved from it or pieces of the gem were mixed with the wine, believing it would prevent intoxication while drinking. The Egyptians often used amethysts for talismans, or as amulets for their soldiers as a means to ensure success in their conquests. Amethyst was an important embellishment among Catholic Church clergy during the Middle Ages. For them, its royal purple stood for piety, celibacy and a symbol for Christ. Even today, it’s common for bishops to wear amethyst rings. Buddha himself believed the stone sacred and that it bolstered clarity of mind; this lead to the popularity of amethyst rosaries to this day in Tibet.

Throughout its history, amethysts have been used to ward off drunkenness, and are thought to be conducive in overcoming addictions and other destructive behaviors. To this day, it is called the “sobriety stone”. Since Ancient times, the gemstone has garnered notoriety for benefiting those who wear it. It is said to make the wearer of this gem gentle and gracious. Amethyst is a calming and meditative stone that attributes: peace, love, healing, courage, happiness, protection against thieves, and spiritual upliftment. Its powers have been used for hearing disorders, insomnia, headaches and to stabilize mental disorders. Many cultures believed that amethysts had the power to bring good fortune in hunting and in battle. Associated as the birthstone for the month of February, amethysts are also suggested as a gemstone to give on 4th, 6th and 17th wedding anniversaries.