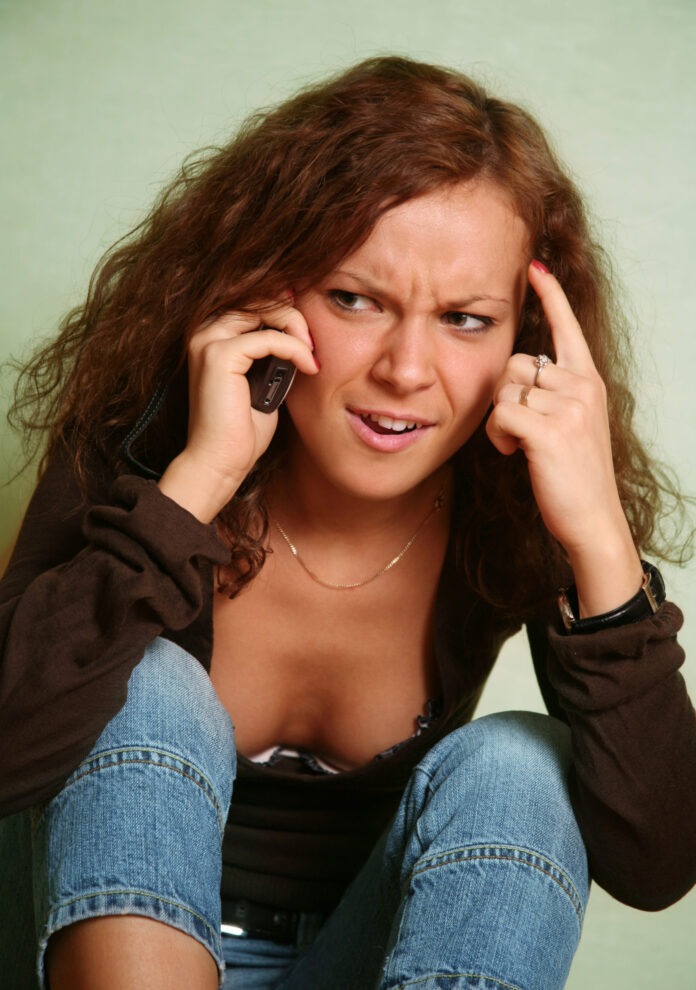 Sizzle is the sound we should probably hear when putting our cell phones to our ears. The cell phone is a technological wonder which would’ve made even the green-blooded Mr. Spock of Star Trek fame even greener with envy. The cell phone appears to be a safe piece of technology, but it has a dark side.

One of the problems when it comes to understanding this dark side-the dangers of cell phone usage–is that studies are often hard to find and decipher. So rather than relying on studies, let’s be sensible; cell phones work using EMF microwave radio frequencies which expose us to electromagnetic radiation. Isn’t it somewhat of a no-brainer to think that being that exposure to electromagnetic radiation transmitted through our cell phone or other wireless devices could be detrimental to our health? If you’re currently wondering ‘what is EMF?’, it’s a measurement of energy that causes current to flow through a circuit. EMF radiation can be very dangerous, particularly for those who regularly use mobile phones.

SAR testing refers to Specific Absorption Rate which is a measure of the rate of RF (radio frequency) energy absorption by the body from the source being measured, such as a cell phone. The SAR value for FCC approval does not account for the multitude of measurements taken during testing and the fact that phones vary in their power. The bottom line is that FCC government guidelines suggest holding cell phones away from the head or body and to use a speakerphone or hands free accessory in order to reduce exposure.

Since a great number of people in today’s society–including teenagers and young children–spend so much time talking on cell phones, playing games on them, or using them for business, I’m concerned with what we may be dealing with in the future when it comes to cancers and other diseases correlated with radiation exposure. It’s also been shown that electromagnetic radiation disrupts DNA, so another concern is the potential for causing harm to future generations. For these reasons, I believe that warnings should be on these devices in large print so users know the importance of taking precautions when enjoying the conveniences provided by these modern marvels.

An experience that made me think about the dangers of cell phones took place a number of years ago after I had upgraded to a new phone which came with a holster to wear on my hip. After wearing my new phone for several weeks, I became aware of a pain in my right hip where I was wearing it. I kept bumping the phone into things anyway, so I moved it to my left hip. Amazingly, the pain in my right hip went away but soon I noticed a pain in my left hip where I had moved the phone. Shortly afterwards, I spent time on a ship in mid-ocean where there were no cell towers. In spite of my heightened level of activity, I did not have any hip pain. I attributed this fantastic recovery to the salty air and sunshine. The problem was that when I returned to shore and put the phone back on my hip, the pain returned. This is when I started looking into cell phone safety which is primarily finding ways of shielding ourselves from the radiation. We will talk about three of the best ways to do this at my upcoming workshop.

A little history–cell phones are the offspring of old-style radio transceivers. Transceivers allowed not only listening but exchanging words as well. There was a problem with the early ones where the operators would become ill after running the units for awhile. It became known as radio sickness, believed to have resulted from the unshielded high energy of the device altering a person’s health. During my years of electrical engineering studies and in the years since then, I have watched the evolution of these early devices turn into the amazing instruments of today.

A very interesting thing happened when I did my meta-research to gather supportive data on this issue. As of approximately the year 2000, research from all the ivory tower institutions no longer definitely affirmed that there is a problem. Prior to this there was talk of unfolding proteins–not a good thing–and increased glucose in the brain near where the phone is held, indicating physiological change at the irradiated point, but no one was saying what was really happening. Some studies indicated a 2.5% increase in tumors on the side the phone is held on, and others claimed no difference at all. Through muscle testing, I have often demonstrated that a person will go into muscle weakness when a phone is either on standby or in an active call while in contact with a person’s body. This is why I always advise using precaution when using a wireless device. One’s health is too valuable to gamble with!

The easiest way to help avoid this kind of radiation is to use a wired headset or a speakerphone whenever possible when talking on a cell phone. Keeping a simple bipolar magnet alongside your phone has also shown to be helpful in helping the body deal with the negative effects of cell phones. The most effective magnets are rated at 360 gauss. (Gauss is a unit of magnetic strength.) I keep the magnets used in my ongoing Wellness Certification stocked in my office primarily for this reason.

I’m also excited about a promising new technology that converts radio frequency spikes into harmless bursts of energy. Excess radiation is converted into electricity that powers a small LED light which flashes when excess radiation is being removed. Made in the USA by Erchonia Medical, the same lab that builds the high-end cold laser and other instruments I have in my office, this technology utilizes a thin film printed electronic circuit which adheres to the phone close to the antenna. According to stringent independent laboratory testing, this device reduces radiation exposure up to about 70%–great news for improving your safety! Come to our workshop on April 29 to learn more about cell phone safety and see a demonstration of this new technology!