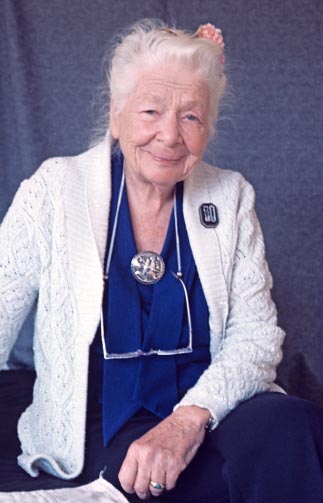 When we left Ida Rolf (in the first part of this three part series) we found her drawing on her her scientific and metaphysical backgrounds, and “test driving” her her new structural model of body- work sessions she called Structural Integration (AKA Rolfing) Another thread that nourished these early beginnings was Dr. Rolf’s serious and long time study of hatha yoga. One of her earliest ways of working with clients was to put them in yoga asanas or postures and noticing where they were restricted or prevented from completing the posture. She would apply her hands or an elbow into those restricted sheets of fascia (connective tissue) and manipulate them to get that fascia to lengthen. There are a number of area in which the results and goals of Structural Integration and yoga overlap, including better posture, deeper breathing and greater flexibility. Often yoga instructors will get “Rolfed” in order to accomplish those yoga postures they find challenging and end up suggesting their students also experience this work.

By the late 1940s Ida Rolf began to teach others the work that she had developed. She traveled around England and the United States teaching “out of a suitcase”. Mostly it was Chiropractors and Osteopaths who came to her classes. This was a frustrating time for her as most of these physicians would just take a small piece of her work to add to their repertoire without grasping the context and larger vision she had.

As she refined her work she was checking for the real world results her clients were getting, while always contemplating the interaction between Gravity and Fascia. About gravity she said “Some individuals may perceive their losing fight with gravity as a sharp pain in their back, others as the unflattering contour of their body, others as constant fatigue, yet others as an unrelentingly threatening environment. Those over forty may call it old age. And yet all these signals may be pointing to a single problem so prominent in their own structure, as well as others, that it has been ignored: they are off balance, they are at war with gravity.”

She knew that fascia/connective tissue wrapped around every muscle and muscle group like a body-stocking but she also knew that “Fascia is the organ of posture. The body is a web of fascia. A spider web is in a plane. This web is in a sphere. We can trace the lines of that web to get an understanding of how what we see in the body works.” This understanding gave her a great appreciation of architect and meta thinker Buckminster Fuller and his geodisic domes.
His “domes” incorporated a design concept called “tensegrity” that did not rely on “brick on brick compressive forces” to provide weight bearing structures, in its place he created self- supporting tensional structures. In a somewhat similar manner Ida knew that if the body’s fascial web could be rehydrated and properly “spanned” the skeletal system would no longer be weight bearing and bones would function as spacers in a sea of fascia.

In 1964 Fritz Perls, the founder of Gestalt Therapy invited Ida Rolf to come to the Esalen Institute in Big Sur California, which was at the very center of the human growth and transformation movement. Fritz Perls understood that unresolved negative emotions lived in peoples flesh and postures and besides that, he wanted relieve from his own aches and pains. As Dr. Rolf took Perls through the Rolfing series word spread through Esalen about this amazing work and soon there were a growing number of students who wanted to learn everything Ida Rolf envisioned. One day Dr. Rolf arrived at one of the classes she was teaching “under a full head of steam” and told her students that “ there is a rumor going around Esalen that Ida Rolf does not believe in the soul or spirit ….that is poppycock……it’s just right now the body is the only thing I can get my hands on.”

In the last part of this 3 part series we will look in as Ida Rolf establishes her school in Boulder Colorado. We will also see a famous energy healer and aura reader study the shifts in the energy bodies of Rolf clients and the legacy Dr. Rolf left for all of us.