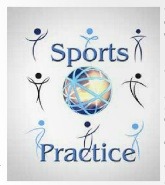 As we move through this Embodied Mechanism series of articles, this month we turn our attention to the mechanisms of movement from connection. Our movements come out of our connection to the elements of Earth and space (water, earth soil, air, fire, metal, photon light, and dark energy). In earlier articles we learned that our energetic system and vortexes reflect the space-time vortex of Earth and other structures in our solar system. Just as Earth’s elements have flow systems (air flows through the trade winds; fire moves in the molten rock, the magma, that flows through the core of Earth), so must we have flow systems for the elements to move through our bodies via our fascia trains. When we remember and learn to move from a connection, we set a course for our evolution to be in synchronization with our galaxy.

When planets form, and once they are dense enough (formed), they move into their angle of association, or orbit.
A planet’s consistent movement (orbit) cannot be until the planet is formed enough. Let us take a look at Pluto, as an example of this not occurring completely.

In 2006, the International Astronomic Union redefined what it meant to be a planet, and Pluto was excluded from that definition, becoming instead classified as a “dwarf planet”, due to its size and eccentric orbit. Pluto began to form, yet ultimately did not acquire enough ordinary matter to become dense enough to establish a less eccentric orbit. Pluto’s orbit around the sun is only possible because it took on an orbit with one of its moons (Charon) that is more than half the size of Pluto. The barycenter (center of mass and rotation) is between the two, Pluto and Charon.

Each embodied vortex develops and connects to one of the elements present on Earth and in the solar system. When we become dense enough (see April’s article), our vortexes connect, and then we call the elements to our fascia trains. Fascia trains connect movement of the bones through the joints – and then we move from connection, with our barycenter at the center of our being.

Our interlinking seven fascia trains evolved to move from connection to our dense energetic core, signaling movement to the red muscles of the body. This interrelated process evolved so that we would move out of connection to our vortexes.

In Sports Practice (Embodied Movement), the mechanism of connection to the elements is taught to establish a density in the body. Once developed in our body, this connection and density gives us the ability to move from connection.
A connection from a dense embodied barycenter creates moving from connection. We then do not suffer the fate of Pluto, having to ever move around something else to stay in connection.

Kiera D. Laike, IRW
A Note from the Sensology Institute Staff: Each article in this seven part series describes one of the Embodied Mechanisms of Embodied Practice and soul orientation. These mechanisms allow our soul to emerge in the body through the gathering of our soul essence photon light from each lifetime. Each mechanism provides another key to unlock the door of our interrelatedness, or oneness, with the Universe. Articles are grounded in Kiera D. Laike’s theory and practice of Sensology (see www.SensologyInstitute.com). Sensology has never before been written about, and is not based on any established philosophy or discipline.