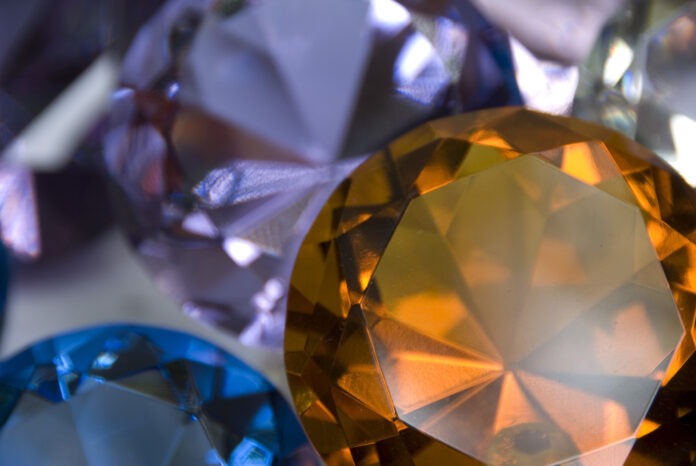 Emerald has a Mohs hardness of 7.5 to 8, generally a very good hardness. Even though it has this hardness, the emerald has a durability issue and is considered a delicate stone. Because emerald contains multiple inclusions and surface-reaching fractures, the structure of the stone is weakened and causes it to be brittle, making it subject to breakage. Drastic temperature changes can also cause internal cracks in emeralds, which contribute to challenges in cutting the stone. There are a variety of shapes into which emeralds are cut, however because of its sensitivity, the most common is traditionally known as the “emerald cut”, a popular rectangular step-cut. There are also emeralds that are cut into rounds, ovals and squares.

Most of the world’s emeralds today are mined in, Afghanistan, Brazil, Colombia and Zambia.

The word emerald comes from the ancient Greek word “smaragdus” meaning, it was mined in Egypt as early as 330 B.C.
In ancient Egypt, the emerald was considered a symbol of eternal life, and a gift of wisdom.

In many cultures for over six thousand years, the emerald has been a source of fascination, and was worshipped by the Incas as early as 4,000 B.C. Records indicate that it was sold in the markets of Babylon; it has been highly honored in all major religions and is believed by the Chaldeans to contain a goddess.

Emeralds have adorned the crowns of royalty of many countries for centuries. The Moguls of India loved emeralds so much, they engraved then with scared text and wore them as talismans. In fact, to this day, these stones are called Mogul emeralds, and can be viewed in museums and collections around the world.

The Emerald promotes contentment and friendship, compassion and unconditional love. Its calming energy provides healing to all levels of being, brings vitality and is invigorating to the spirit. Revered as the “Stone of Successful Love”, the emerald opens and nourishes the heart and the heart chakra. Wearing an emerald is said to create harmony and peace among partners, and is distinctly known for providing domestic bliss. It’s a gemstone of inspiration, infinite patience and unity!

This beautiful gem is also a stone of intuition and vision; it combines intelligence with discernment and brings to the conscious mind what is unconsciously known. The emerald also increases the wearer’s intent and ability to focus, activating intuition and clairvoyant abilities.

A favorite gem of Cleopatra, the Queen of Egypt, the Emerald is also the anniversary gemstone for the 20th, 35th, and 55th year of marriage.
Showroom of Elegance is a trusted, licensed and insured fine jewelry store located at 6018 Canton Center rd, in Canton Michigan.
Phone : (734) 207-1906