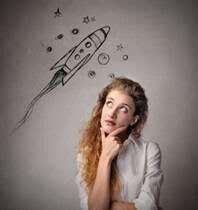 I’ve always loved Sci-Fi movies, and was born in a wonderful, optimistic time when movies about the future were projected to be technologically advanced beyond our dreams, and conflicts were worked out through people coming together so that the world would survive. By the end of the movie, there was a renewed peace on Earth. In fact, I came into this world the year my favorite Sci-Fi movie was released, “The Day the Earth Stood Still.” This movie truly projected my hope for Earth’s future — minus the cool spaceship and the spaceman played by Michael Rennie.

In this movie, his spaceship traveled to Earth from an undisclosed planet, landing on the front lawn of the White House.
The spaceman explained that he came to our planet because the universal coalition of planets feared that the Earth was advancing in technology that could bring about space travel. This would mean that humans would start to bring their hateful, fear-based behavior to other planets and contaminate their populations.

He further explained that his planet belonged to a coalition of planets and was directed to warn us to either stop our fearful, hateful ways or be destroyed! The coalition had found a way to control this behavior on their planets, using a robot police force that had no view or opinions, but recognized bad or hateful behavior; if found, they would swiftly hand out a heavy punishment. Well, this sounded very drastic, but in the fear of being totally destroyed, everyone found a way for peace to rule their existence. The planets recognized that humans were yet again waging war against countries, religion, ideology and that prejudice was growing stronger with no room for tolerance, and with no end to the madness in sight.

WAIT… This is going on in real life!

Here we are starting 2016, and our planet is at an even higher level of intolerance than ever before. Prejudice has now reached a new level of unrest and now the intolerance and lack of compassion has moved across the Earth like a plague. People live with great fears of others, which has cause for an even greater divide than ever seen on this planet. I remember from watching the old Sci-Fi movies that when there was a conflict that could endanger all mankind, there was a coming together despite our differences in order to fight off the threat. Now, only the mantra of hate and fear has replaced the advancement of Love and Peace on Earth.

In this time more than ever before, we need to come together, finding solutions to our issues. Instead of projecting fearful-based thinking, we can instead try to evolve beyond the lower level of fearful thinking so that we do not lose our souls to hate.

AMC cable network has a show that is very popular right now. In fact, it is one of the most popular shows on TV: “The Walking Dead”. I love this show because of the human survival aspect; it is a true social experiment of survival in the 21st Century. All the characters in this show are trying to fight against almost impossible odds. They are mindful of the need to be armed and ready for a Zombie to ruin their day, but they stay alert, focused, and do whatever they can not to harm anyone that is not a Zombie. In this show it is very easy to identify the Zombies and their threat, but in today’s world, we can’t identify the killers amongst us quite as easily. However, we can stay within a peaceful, loving, non-prejudiced state of mind, while at the same time be alert and ready for a (terrorist or any person with ill intent) Zombie attack! We must be forearmed and ready, but not heartless, or they could easily turn us into one of the Zombies.

We live in a difficult time, but you must remember that even though we live in the world of tomorrow, we are also more responsible than ever before, to come together and conquer the hateful threats on society. What a test, God… I hope the world passes and graduates to a higher grade of tolerance before we all fail the test and devolve into a pool of muck and have to start over again. God, isn’t it strange how some people feel that this Earth we live on, with all of the beauty and love you gave us to enjoy, should be the place where the ugliness of the soul and killing of people should rule in the hopes that in death they will live in your blessing and joy… Pray in 2016 that we find peace and joy while living on God’s Earth.

Tune into my radio show “The Wendy Powers Radio Show” Saturday January 2nd, 2016 10:00am EST on www.BodyMindSpiritRadio.com Or, you can get into the queue for a reading or just listen in by calling 646-378-0378. Winning entries will be drawn throughout this jammed packed New Year’s show! Plus, New Year Predictions for 2016 and mini-readings throughout the show.