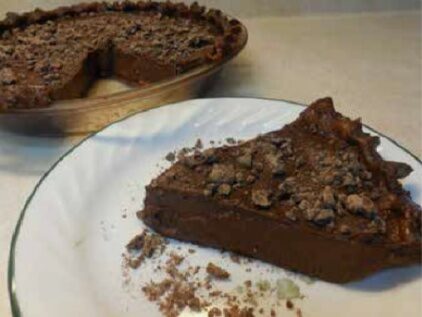 Because of its unique taste and health benefits, Chocolate a long time ago was considered the food of the Gods. It was thought of as such an important crop that the Aztecs used it for currency. The history of Chocolate begins in Mesoamerica as far back as 1900 BC. Originally prepared as a bitter, frothy, liquid drink, sometimes it was mixed with spices, wine or corn puree. Most people would not recognize Chocolate the way they served it thousands of years ago. It was not until it arrived in Europe in the sixteenth century that sugar was added to the chocolate and it became a sweet treat.

Since most people have heard so much about the healing benefits of chocolate — tryptophan, endrorphins, vitamins, minerals, calcium, potassium, magnesium, iron — let’s focus on how chocolate is produced for your consumption. Harvesting the cacao bean is still done by hand. The pods are carefully broken open to release the cacao bean. The beans are embedded in a moist, fibrous, white pulp. The beans and pulp are scooped out and gently heaped in a pile. The pile of beans and pulp starts to ferment, and during the process they are gently mixed to introduce oxygen into the pile which produces lactic acid.

The fermentation process takes up to eight days. The cocoa beans, which they are now called, come out of this process with a high moisture content. The beans are then dried in the sun. The cocoa beans are then sent to the manufacturer for roasting. During the roasting process the beans are cracked (not crushed), and are then called cocoa nibs. Then, the cocoa goes through a process of grinding and gets turned into the chocolate we all know and love. It is interesting to note that cocoa is always roasted before we consume it, so labeling some forms as ‘raw’ is very mis-leading.

Most chocolate is sweetened with refined sugar, however, I use grain sweetened chocolate in my cooking. Being that it is made with malted corn and barley, the sugar is maltose, the least reactive form of sugar. This Chocolate pie is very rich and decadent, sure to please your Valentines!

To prepare the crust, put in a food processor the roasted pecans and crispy brown rice cereal. Puree until chopped-up very fine. Add the brown rice syrup, baking cocoa, cinnamon, and sea salt. Pulse the processor until all mixed together. Using wet hands, (to keep dough from sticking to your hands), press into an oiled pie pan. Refrigerate until crust is cold.
To make filling; steam the tofu for 5 minutes. Slowly on a low heat, melt the chocolate. Put in a food processor the steamed tofu, melted chocolate, brown rice syrup, sea salt and vanilla. Puree until all is smooth. Pour into the pie crust. Refrigerate until completely cold and set up. Cut and serve.