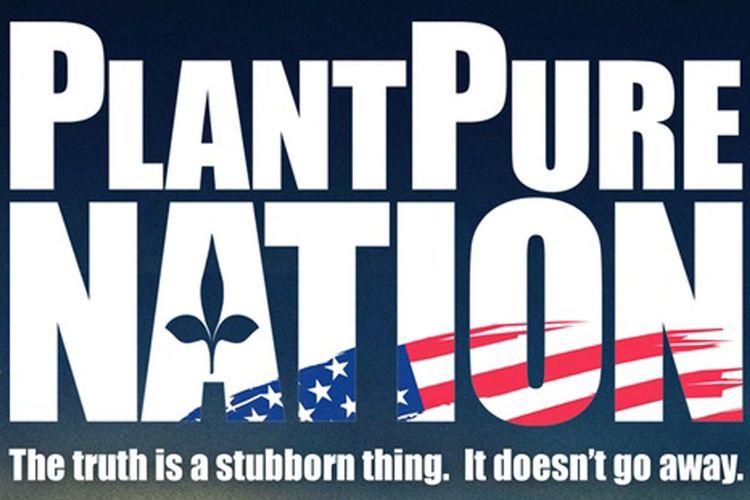 The Plant Based Nutrition Support Group (PBNSG), is a 501(c)3 nonprofit organization dedicated to evidence-based education and advocacy of plant-based whole food nutrition and an active lifestyle, to help prevent or reverse chronic disease and achieve optimal health. On Thursday, February 25th at 6:30pm, PBNSG will host Dr. T. Colin Campbell, PhD. Professor Emeritus, Cornell University, author of The China Study, with Nelson Campbell, Executive Producer, Director and Co-Writer of PlantPure Nation and founder of Plant Pure, Inc. and Plant Pure Foundation, the two will discuss the movie and their program.

For more than forty years, Dr. T. Colin Campbell, PhD., has been at the forefront of nutrition research. His legacy, the China Project, is the most comprehensive study of health and nutrition ever conducted. Dr. Campbell is a professor Emeritus at Cornell University and is most well-known for co-authoring the bestselling book The China Study with his son, Thomas Campbell, M.D. In addition to his long and outstanding career as an author, scientific researcher, and Cornell professor, Dr. Campbell has been featured in several documentary films. He is the founder of the T. Colin Campbell Center for Nutrition Studies and the online internationally-recognized Plant-Based Nutrition Certificate offered by the T. Colin Campbell Center for Nutrition Studies in partnership with eCornell. He currently serves as the Chairman of the Board.

The documentary film PlantPure Nation tells the story of three people determined to spread the message of the benefits of a whole foods, plant-based diet. It follows nutritional scientist and author T. Colin Campbell and his son Nelson Campbell, who directed the film, in their efforts to start healthy eating programs in the United States. After renowned nutritional scientist and bestselling author T. Colin Campbell gives a stirring speech on the floor of the Kentucky House of Representatives, his son, Nelson, and Kentucky State Representative Tom Riner work together to propose a pilot program documenting the health benefits of a plant-based diet. Once the legislation goes into Committee, agribusiness lobbyists kill the plan. The film examines the benefits of a plant-based diet, as well as the obstacles and opposition that the two encounter as they attempt to spread their message.
Undeterred, Nelson decides to try his own pilot project in his hometown of Mebane, North Carolina. Nelson is the Executive Producer, Director and Co-Writer of PlantPure Nation. About 16 years ago, he started a biotech company in North Carolina and subsequently served as its Chairman.

###
The Plant Based Nutrition Support Group (PBNSG) empowers all who want to optimize their health by following a plant-based diet, championed by its founder, Paul Chatlin and supported by experts such as Dr. Joel Kahn, M.D., Dr. Michael Greger, M.D., and Dr. Caldwell Esselstyn Jr., M.D., PBNSG offers resources to empower individuals and families to consider taking charge of their health, and seek ways to help accelerate the adoption of WFPB in communities, cities, counties, states, the US, and the world.