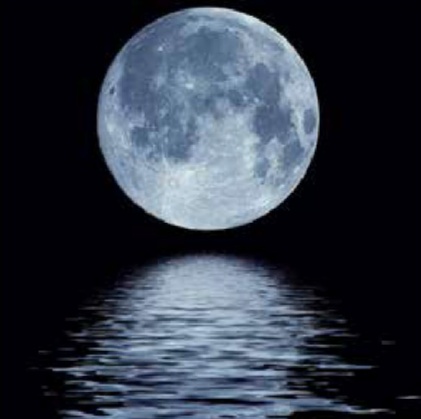 For thousands of years, the question of whether or not the moon affects our emotions has loomed over our heads. It is a question that’s subject to speculation and adapted into children’s folk lore, telling stories of werewolves who change due to the full moon. Among all of these common ideas, where is the fact? How do the lunar phases affect us?

The lunar effect refers to the correlations between people and the changing stages of the lunar cycle. Believers in the lunar theory suggest several different notions by which the behavior of the moon could influence the behavior of human beings. A common proposition is that, since the moon affects large bodies of water such as the ocean, the moon should be expected to have a similar effect on humans, whose bodies are 75% water. By the late 1980s, there were at least 40 published studies on the purported lunar-lunacy connection.

A quick Google search will tell you that the moon controls our fertility and reproduction, influences violent crime, suicide and even traffic accidents, affects seizures, blood loss, sleep quality and even our political leanings. “It must be a full moon,” is a common phrase heard whenever crazy events occur.

Some studies have been conducted researching the connection between moonlight and sleep deprivation. Before modern lighting, the moon played a large role in people’s sleep cycles, and so the light of a full moon may have kept people up at night, leading to sleep deprivation that could have caused other psychological issues, according to one hypothesis detailed in 1999 in the Journal of Affective Disorders. Humans have been curious about the lunar affects early in our historical records.

These studies date back to ancient Babylon and Assyrian Texts that proposed spiritual connections between humans and the moon. Common theories include a relationship between the lunar cycle and a woman’s fertility due to the corresponding human menstrual cycle. Evidence has also been presented in studies involving animals.

Animal studies revealed that the lunar cycle might affect hormonal changes early in insects. In fish, the lunar clock influences reproduction; scientist have found that during a full moon more fish eggs will be laid than any other period in the month. Birds are another example of animal finding; the daily variations in melatonin and corticosterone disappear during the day of a full moon.

Now you might ask, if it affects our body does it also effect our spirituality? And if so, what happens to us spiritually? According to the Spiritual Science Research Foundation (SSRF), during their spiritual research methodologies they concluded that the moon does have an effect on our spirituality, hence the subconscious of our mind during its cycles.

They found that the full moon impacts you in the following areas:
· Increases your ability to obtain information and impressions on the mind quicker
· Increases your illumination (vibrations)
· Sharpens your focus on information
· Creates a cleaner channel for communicating with spirits and ghosts

In addition to enjoying the beauty and glow of the moon in the nighttime sky, use its cycles to benefit whatever it is that you are pursuing!