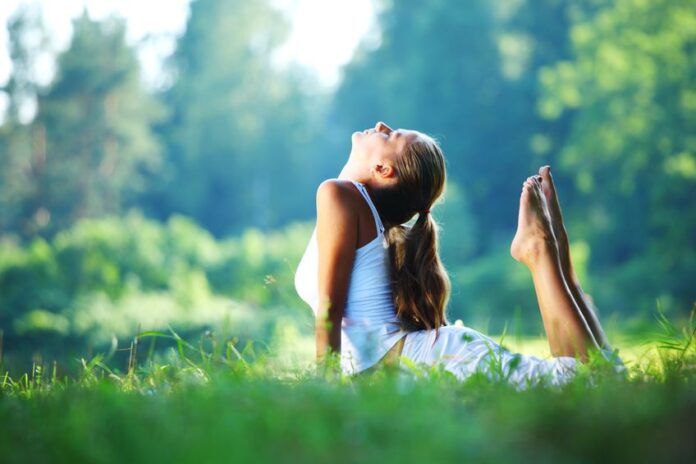 What is “Authentic” Yoga?
By Leah Slagenwhite

As the ancient practice of yoga evolves and we continue to become enlightened, awake, and energetically intelligent, applying the ancient principles to our modern lives, we can be just as susceptible to the subtle sneak of judgmental thinking as those who choose to stay asleep.

The reaction when a traditionally-trained yogi views a clip of Buti Yoga™ is often to question the authenticity of this Westernized physically-based version of yoga (…can’t tell you how many times we’ve heard, ‘No, that’s NOT REAL yoga!’)

No doubt that the “traditional yoga,” as described from Patanjali and the Hatha Yoga Pradipika was very few postures, mostly meditation, and almost nothing like the “traditionally-based” variants of yoga we see in studios today. Originally, (and hopefully, still) yoga was a tool to help develop control over the physical body so that we could more elegantly control the breath, and then, the mind, ultimately, resulting in the shedding of the veil to facilitate a pure ‘union’ of mind, body, and heart (a.k.a., samadhi, enlightenment, shakti awakening).
As one of our beloved yoga teachers wrote, “Yoga is, by nature, a forest, not a stagnant anchor locked in history. As a forest, it is organic, it grows, changes, and moves through time. Reminding us that ‘yoga’ means ‘union’ and anything can be yoga.”

With our modern-day McYoga chains, and the athletic nature of yoga in studios across America, where does a practice like Buti fall? It’s a new baby in the forest! Lots of competition! At one point traditional yogic sadhus in India may have looked at a contemporary vinyasa flow class and said, “Whatever. That’s not real yoga.”
But now Buti has growing roots in the yoga forest, and it’s most definitely leading many from other fitness backgrounds who typically may not have an interest in traditional yoga, to deepen their yoga practices. Isn’t this what we want? To spread the love through yoga?

Quoting the same yoga teacher above, “The judgment against Buti Yoga makes me think of growing up going to church and having folks get all twisted because we wanted to start clapping during the hymns, saying, ‘but that’s not real worship!’” Drop the judgment. Really drop it. And try a live class.

“Real” is an experience of genuine connection, to mind, to body, to breath, to each other.

If you find connection in ashtanga, vinyasa, Bikram, Buti, or going to church, why does it matter which way is most “real”? To each monk a path.

If we get caught up on the “how,” then we’re losing the perspective, and getting caught in “non-union”. Hold true. We are accountable to no one but ourselves and our journey to radiance.

May all yogis enjoy the journey, and move beyond the physical to find their inner radiance.

West End Yoga is Southeast Michigan’s most unique, bohemian, meditative, movement studio located in Canton, MI. A hospitable, inviting studio for every BODY, with a wide diversity of yoga types, specializing in Beginner’s Yoga. Get the 7-day schedule at: http://thewestendyogacompany.com/schedule