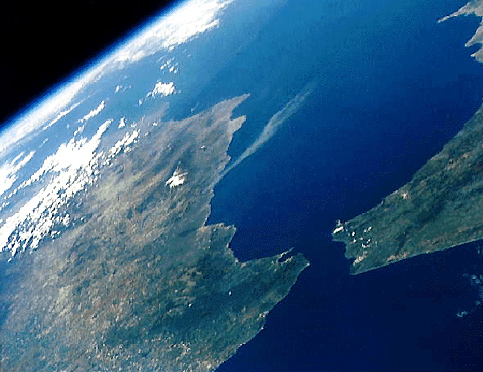 Most of us are now painfully aware that we are at the mercy of the Earth. There are earthquakes, volcanic eruptions, extreme weather conditions, and natural disasters of every kind. Indigenous cultures tell us that we are out of attunement to the Earth and it is increasingly obvious that we are.

This is particularly important now when some prominent thinkers believe we are on the brink of the destruction of the human race, including even the distinguished scientist, inventor and author, James Lovelock, who proposed the hopeful Gaia hypothesis: that the biosphere is a self-regulating entity with the capacity to keep our planet healthy. There is also evidence that Nature has a healing quality and the more we spend time outdoors, the healthier we can be.

However, this is something that is being done less and less – especially by our children. I was reading in Scientific American Magazine, the story of a young boy in the United States who said, “I like to play indoors better because that’s where the electrical outlets are.” This shows how disconnected our children are from nature; a study by the Kaiser Family Foundation revealed that kids ages 8 to 18 spend an average of 7.5 hours a day, 7 days a week plugged into computers, TV, video games, music and cell phones. Today, many children and increasingly also adults suffer from this growing disconnect with Mother Earth and Her fruits – Nature.

Also, things are getting even worse as studies show that more parents worry today about their children picking up germs and diseases from insects, so schools are cutting back on field trips. However, research shows that children are not only happier and more creative – but also healthier – when they have a connection to Nature. Adults heal faster in hospitals when they have a view of Nature from their windows.

Interestingly, a renowned biologist, E.O. Wilson, believes that humanity is hard-wired with an innate affinity for Nature and he calls this, biophilia. Tragically, research has shown that if children do not have the opportunity to develop this affinity early on, they may actually develop the opposite – an aversion to nature; a fear of being in nature, or even a contempt.

While this disconnect is definitely not a new phenomenon and the seeds were planted around the time of the Industrial Revolution, the problem has got exponentially worse since the advent of the personal computer. Life is better because of this in many ways but as far as our health is concerned, and the health of our children, these have been impacted in a negative manner.

I will be giving a lecture on Thursday, September 8 (please see The Aetherius Society’s advertisement for details) that examines how we can attune more closely to the planet Earth in our lives, as did ancient civilizations, but in a way that is in keeping with this New Age. I believe that this can not only improve our physical, mental and emotional health, but because of the Spiritual stature of the Goddess Earth upon which we live – this can bring us greater Spiritual awareness.

In this lecture, I shall be drawing upon science, astrology and spirituality with personal exercises, meditations, visualizations and grounding techniques that will improve our physical, mental and spiritual health. More importantly, we will examine how we can not only learn how to attune to the Earth, but how we can gain a right relationship with this planet as a living entity. I will explain why the Earth is the missing piece in the jigsaw that is the evolution of humanity.

I believe it is the responsibility of everyone who cares about our future on this planet to realize that each of us can make a difference, and that collectively we can guarantee our future.