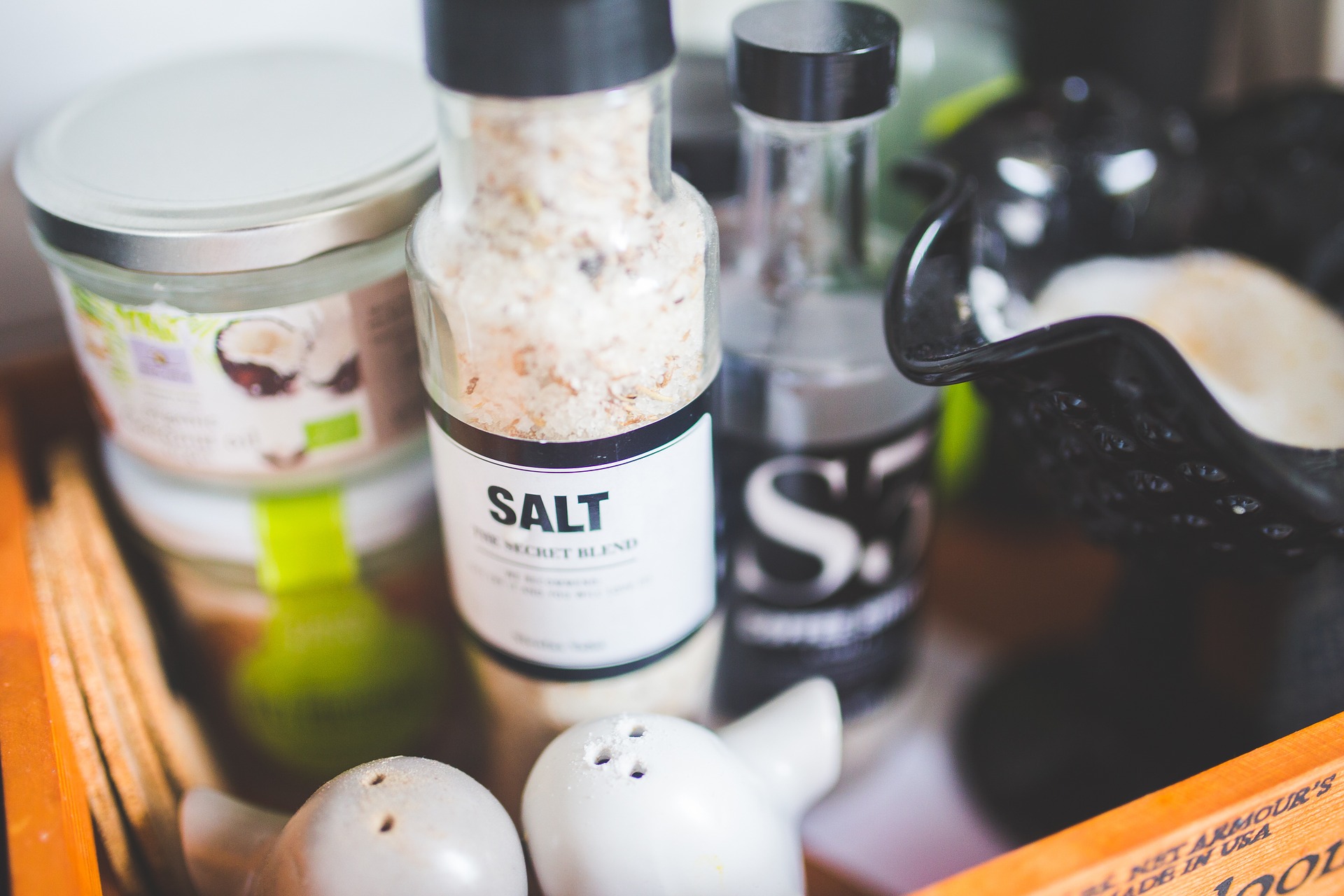 Bodies utilize many different elements to maintain health. Iodine is an essential element because it isn’t manufactured by the body. While not plentiful on the planet, it’s necessary for survival. Iodine is most easily obtained if you have the luxury of living by the ocean. Just breathing in the ocean air can provide some of the iodine you need – and ocean fish, seaweed, and plants grown in the iodine-rich soil nearby tend to be more available. Ahhh…let’s go!

Nutritional sources of iodine, other than seafood, include dairy products, eggs, and meat from animals whose diets contain iodine and/or are raised in pastures with iodine-rich soil. However, it’s difficult to obtain optimal amounts of iodine through diet alone. Fish used to be one of the best sources of iodine. Now we should limit the amount of fish we eat due to the mercury and hydrocarbon content (dissolved plastics in the flesh of the fish). Seaweed is another good source of iodine but it’s usually flavored with MSG to improve taste.

Many people turn to supplemental iodine, but I suggest consulting with a trusted professional before beginning any form of supplementation. I recommend specific forms of iodine which we’ll discuss at the December 1st workshop.

Since being discovered in seaweed in 1811, the history of iodine has taken many interesting turns. As a public measure to control goiter in the US, iodine was added to table salt in the early 1900’s. While preventing extreme deficiencies, iodized salt is NOT the best way to obtain iodine. In fact, most natural practitioners, including myself, do not recommend the use of processed salt.

David Brownstein, MD, holistic medical doctor and author of many books including, Iodine: Why You Need It and Why You Can’t Live Without It, lists iodine as being antibacterial, anticancer, antiparasitic, antiviral, and a mucolytic agent. Necessary for immune system function, it has been used successfully in treating fibrocystic breasts and other breast diseases, ovarian cysts, excess mucus production, fatigue, headaches (including migraines), hemorrhoids, sebaceous cysts, and thyroid disorders.

In the Encyclopedia Britannica (1910-1911) the principle conditions in which iodides were valued include asthma, aneurism, arteriosclerosis, angina pectoris, gout, goiter, syphilis, haemophillia, Bright’s disease (nephritis), bronchitis, and metallic poisonings from lead and mercury. In 1998, the WHO recognized iodine deficiency as the greatest single cause of mental retardation. Iodine deficiencies have since been correlated with thyroid disorders, including Graves’ and Hashimoto’s disease, infertility, cancers of the breast and prostate, autoimmune disorders, and fibromyalgia.

In the 1960’s, iodine was introduced as a dough conditioner in bread. Twenty years later, the safety of iodine was questioned and bread makers switched to bromine. Prior to this, one slice of bread contributed approximately 0.15mg of iodine, enough to offset deficiency. Since bromine is both a carcinogen and goitrogen, this was a double negative.

A goitrogen is a substance that promotes goiter. Goitrogens include other halides such as fluorine and chlorine that are often (unfortunately) found in our food and water. When levels of iodine are low, these halides are absorbed in place of iodine. Perhaps another chapter should be written on why these halides are so toxic and must be avoided….

The thyroid gland is the major storage point for iodine but isn’t the only user. Iodine is necessary for thyroid hormone production as well as in the production of all other hormones of the body. Every cell in the body needs iodine. The gastrointestinal tract, bones, salivary glands, connective tissues, the prostate, breasts, and the ovaries all need iodine to stay healthy. In the breast tissue, iodine can reverse fibrocystic breast disease while providing cancer protection. It’s interesting that iodine is also stored in the area of the brain associated with Parkinson’s disease. And this is just the short list of the benefits of iodine!

One symptom of goiter is difficulty swallowing. Symptoms of thyroid malfunction include foggy thinking and other changes in the body and/or skin. Early stages of hyperthyroidism (over production of thyroid hormones) often leads to weight loss, nervousness, racing heart or palpitations, heat intolerance, sweating, fatigue, tremors, and/or hypertension.

The thyroid makes four major hormones with iodine at their center: T1, T2, T3, and T4. Whether natural or synthetic, T4 transforms into T3, the biologically active form of thyroid hormone in the liver and other organs. This functional form is called T3 prime and requires sufficient quantities of zinc and selenium. The thyroid gland also makes a little T3. Other important nutrition includes vitamin A, B-complex, C, D3, and vitamin E. T1 and T2 control fat metabolism and the concentration of water or fluids in the body. Synthetic thyroid replacements only contain T4, not T1 or T2. When prescription thyroid hormone replacement is needed, we believe that Armour Thyroid and Nature-Throid are the best choices.

In rare cases, excess iodine (i.e. dosages greater than 1 gram/day) has been associated with hyperthyroid symptoms. However, research by Guy E. Abraham, MD, demonstrates that the body protects itself from iodine overload by excreting any excess in the urine. Ingested iodine/iodide is retained by the body only in proportion to the degree of deficiency. The standard for testing iodine levels is based on this principle.

I’ve only skimmed the surface of what’s known about the body’s great need for iodine. Come to our free upcoming workshops to learn more! And remember that your nervous system must be functioning properly to benefit from your nutrition and other healthy habits…