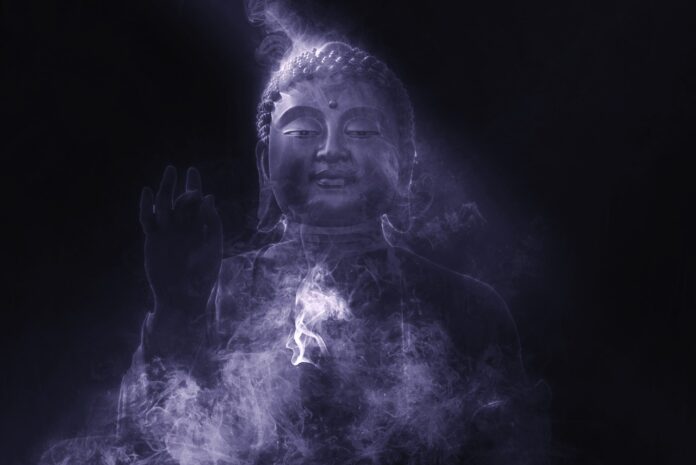 Nirvana (commonly associated with Buddhism) is the goal that the soul seeks to eventually reach to becoming enlightened. The literal translation of Nirvana means “to blow out” or to put out the fire of greed and loathing within ourselves and focus on the expansion of the mind. The journey to enlightenment can be followed by maintaining one’s way on the eightfold path, which is used to transition the soul into further developed stages.

According to Buddhist, the soul will continually reincarnate in order to seek the knowledge necessary to move on to the next stage. Nirvana is the end result, the equivalent of heaven where knowledge reigns and all suffering ceases to exist. In order to fully understand the eightfold path we must first recognize the four noble truths. These truths are sacred to Buddhists and must be followed in order to eventually reach the end of the reincarnating process. While the eightfold path is the last of the four noble truths, the first three consist of The nature of suffering (dukkha), Sufferings origins (tanha), possibility of Suffering’s cessation (the possibility of a cure) followed by The cessation of suffering, which states the eightfold path is the solution to all suffering.

Now these four truths hold the basic ideas that to live is to suffer, suffering is caused by desire, suffering can be overcome and following the path will lead you to the solution. Now what is this path you ask? It is eight paradigms that may be retaught to oneself. The eight being:

– right view, seeing things as they really are
– right intention, changing your intent changes our experience of life
– right speech, vocalizing our support for spiritual awareness
– right action, acting in a way that is both smart and compassionate
– right livelihood, working to move forward on one’s spiritual journey
– right effort, having much vigor for spiritual enlightenment
– right concentration, practicing meditation to focus the mind
– right mindfulness, to be fully present in the moment

For Buddhist these practices will lead them to salvation. The ultimate goal is to have completed these to open one’s self to Nirvana. We cannot achieve this by means of willing it nor having reconciled notions of how the world should be and should not be. It is the truth of what we work to achieve with each lifetime we move through. It can and has been achieved while living on this earth plane and is a state of function that allows things to be exactly how they are with total acceptance. I ask myself on an on-going basis, How can I work towards this truth within.