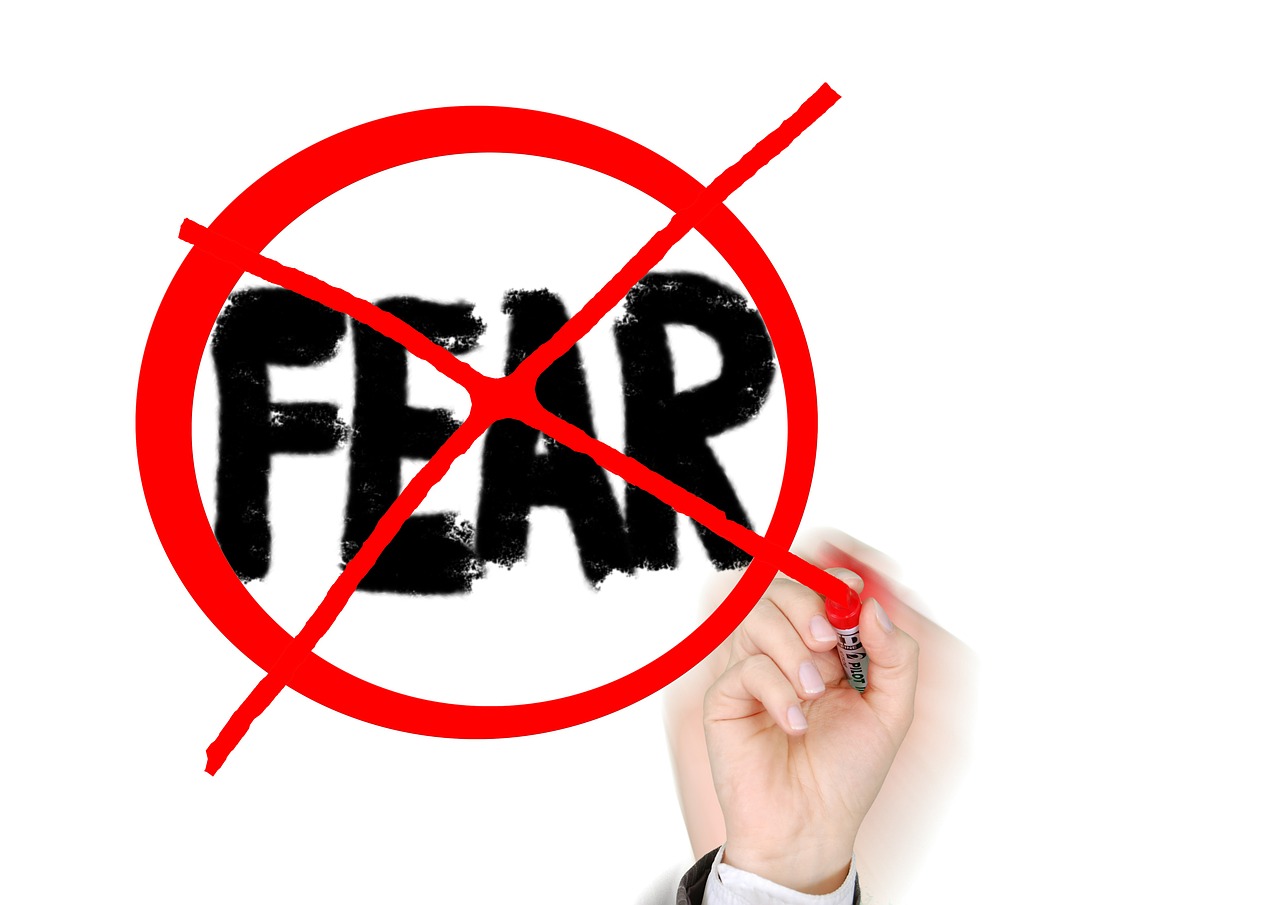 In her book, Dying To Be Me, Anita Moorjani describes her near death experience. She relates that when she was on ‘the other side’ she learned some very valuable lessons. Among them was the critical need to live life fearlessly. So, I ask you, “Are you living your life fearlessly?” If not, what is holding you back? The problem with living life fearlessly is that it requires you to get out of your comfort zone and take risks. Many people do not dare to take a risk, even though it would make their life much richer and happier.

Years ago, I took a class on death and dying. We watched a movie about an older man who was dying of cancer. He did not have much longer to live. He worked at a factory most of his life, and after work he would come home and watch TV. One person in the hospital asked him if he had any regrets. His answer was that he wished he had taken more risks. If fear is stopping you from taking the necessary risks and getting out of your comfort zone, you need to ask yourself why.

I believe one of the reasons people do not take more risks is due to low self-esteem. Jack Canfield, author of the Chicken Soup for the Soul books, believes that having high self-esteem is similar to having a lot of poker chips during a game of poker. If you have a lot of chips, you are willing to gamble a lot more when you are playing the game. Similarly, if you have high self-esteem, you are willing to take a lot more risks in life.

So why do some people have much higher self-esteem than others? There are various reasons. But one very important reason has to do with messages we received when we were growing up. As children, we all got a lot of messages. Some positive, some more or less neutral, and some negative. For some people, there were a lot more negative messages than positive ones. These messages came from a variety of people including parents, siblings, teachers, friends, relatives, and even bullies.

The problem is that many of us who received negative messages accepted them as true, and then let the messages define who we became. For example, if we received messages such as not being smart enough, or lovable, or good enough, etc., we carried these beliefs into our adult years. Unless we became aware of the beliefs and questioned them somewhere down the line, we are still acting as if the negative messages are true, and we are still believing that we are defective in some way.

What makes matters worse is that the messages are now buried in our subconscious mind and we are not even aware that they are still dictating how we live our lives. Many people feel as if they have an ‘accuser’ inside themselves who is constantly criticizing them. When they consider taking a risk or trying something new, the accuser tells them something like, “Don’t bother, you don’t have a chance,” or “You can’t do it so don’t waste your time.” No wonder so many people feel stuck. The accuser won’t let them move.

What is required is to get in touch with these negative subconscious messages or ‘core beliefs’ and to challenge them and replace them with much healthier beliefs. One excellent way to do this is with the use of hypnosis. Hypnosis deals with the subconscious mind, and allows you to get in touch with the negative core beliefs that are adversely affecting you. Once that is done, you can get rid of the harmful beliefs and replace them with much more constructive beliefs.

Hypnosis works. It is effective and it does not require a great deal of time. Most people who have gone into a hypnotic state report that it was extremely relaxing and enjoyable. If you would like more information about hypnosis please call Phil Rosenbaum at: 248-688-6469. As Wayne Dyer used to say, “Don’t die with the music still inside of you.” It is time to be fearless.