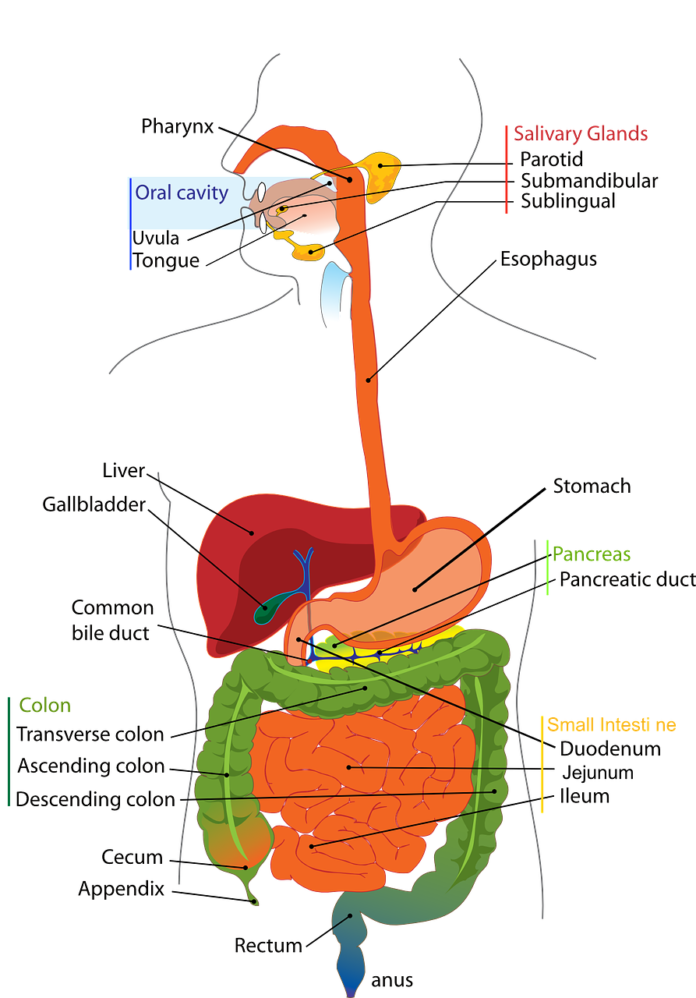 We experience greater health and wholeness when we’re aware of what’s happening in our body, start listening to our intuition, and allow ourselves to feel, think, and be truly alive in every moment.

Every system in the body is independent, yet intertwined. One of the most fascinating of these systems is the digestive system. Have you ever had a “gut feeling” about something and learned it was right? Neurobiologist and author Michael D. Gershom, M.D., (The Second Brain – A Groundbreaking New Understanding of Nervous Disorders of the Stomach and Intestine) believes that nerve cells in the gut should be considered a second brain – a brain we need to listen to.

The digestive system, the gut, is an ultra-sophisticated system which has more than a hundred million nerve cells – roughly equal to the number of nerve cells in the spinal cord. Over thirty years of research by Gershom showed that the gut contains each class of neurotransmitters found in the brain.

Hippocrates said that all disease begins in the gut. Many such diseases evolve slowly – and misinterpreting symptoms often contributes to the process. A good example of this is when someone believes that the cause of their heartburn is too much stomach acid and takes steps to reduce it, when their symptoms are actually caused by low stomach acid; and according to many experts, most cases of heartburn begin because of insufficient stomach acid!

You can read a wonderful description of the cascade of events taking place in the digestive system in, Why Stomach Acid Is Good for You by Jonathan V. Wright, M.D. and Lane Lenard, Ph.D. In the meantime, here’s a basic summary. After food is chewed, it passes through a two-way valve allowing food and drink to go to the stomach and air to go to the lungs.

The food is greeted by an acid/enzyme bath to be digested. This is also the first line of defense in our immune system which keeps out foreign proteins, bacteria, viruses, fungi, parasites, and other offending substances that may be trying to gain access through the eyes, ears, nose, or mouth – all of which drain into the stomach.

When foreign proteins cross the intestinal barrier, they act as allergens in the body causing various responses. Some are just annoying while others are potentially fatal. Once the offending allergen is removed by the body through the function of histamines, the reaction usually dissipates. Histamines are chemical substances the body uses to release those annoying amounts of mucus which people usually think of as being the problem when in actuality it is the solution to remove the offender and resolve the problem.

The term GERD (gastroesophageal reflux disease) is often used to describe symptoms of heartburn. In a common scenario, food doesn’t digest because the stomach is lacking the proper pH/enzymes. The food begins rotting and pushes up into the esophagus which irritates the delicate tissue of the esophagus. This displaced stomach acid along with the undigested food causes the sensation of heartburn.

An interesting part of this scenario is that the valve at the bottom of the stomach will not open unless it has the proper pH which must be sufficiently acidic. Although heartburn feels like you have too much acid, increasing the pH to aid digestion is the best solution if it’s caught before damage has been done to the stomach.

If this produces a burning sensation, the sodium bicarbonate middle stomach acid protective lining may have already been damaged. When the lining is damaged, the body stops natural production of HCl (hydrochloric acid) to protect the stomach from further damage. This problem is usually the result of a pancreas that stops producing sodium bicarbonate.

The solution for this is to begin healing the pancreas with the help of special nutrition. The pancreas also produces the alkaline enzymes for the small intestines based on how much acid is in the stomach. One indication of a pancreas that is in trouble is burping or belching. If you have this symptom, I suggest getting it checked right away because your pancreas is one of your most valuable organs.

When the stomach lining has been broken down for so long that undigested food molecules are crossing over into the blood stream, the second line of immune defense (the white blood cells) become activated. Usually it takes years of poor digestion and stomach lining damage for leaky gut or intestinal hyperpermeability to develop. Fortunately we’ve found nutritional supplements that are usually very successful in helping to repair the gut lining. They are usually taken for support in addition to following strict nutritional guidelines. In my holistic chiropractic office, we also work with the nervous system to guide the rest of the repair process.

Besides mechanical/structural problems, such as a hiatal hernia, the digestive system is affected by stress, diet, drugs, medication, smoking, alcoholism, a high refined-carbohydrate-sugar intake, antibiotics, steroids, radiation, environmental chemicals, and toxins. If you have impaired digestion, nutrients cannot be properly absorbed and utilized, eventually leading to other serious problems.
The medical world uses drugs to treat symptoms rather than addressing the cause. For example, many digestive symptoms are treated with proton pump inhibitor drugs that turn off the proton pump that produces stomach acid. The stomach isn’t the only system that utilizes proton pumps, yet proton pump inhibitor drugs will down regulate ALL of the pumps in the body. This is just one of the many reasons why I believe so strongly that natural treatments should be your treatment of choice. Come learn more about your amazing digestive system at our workshop on June 29.