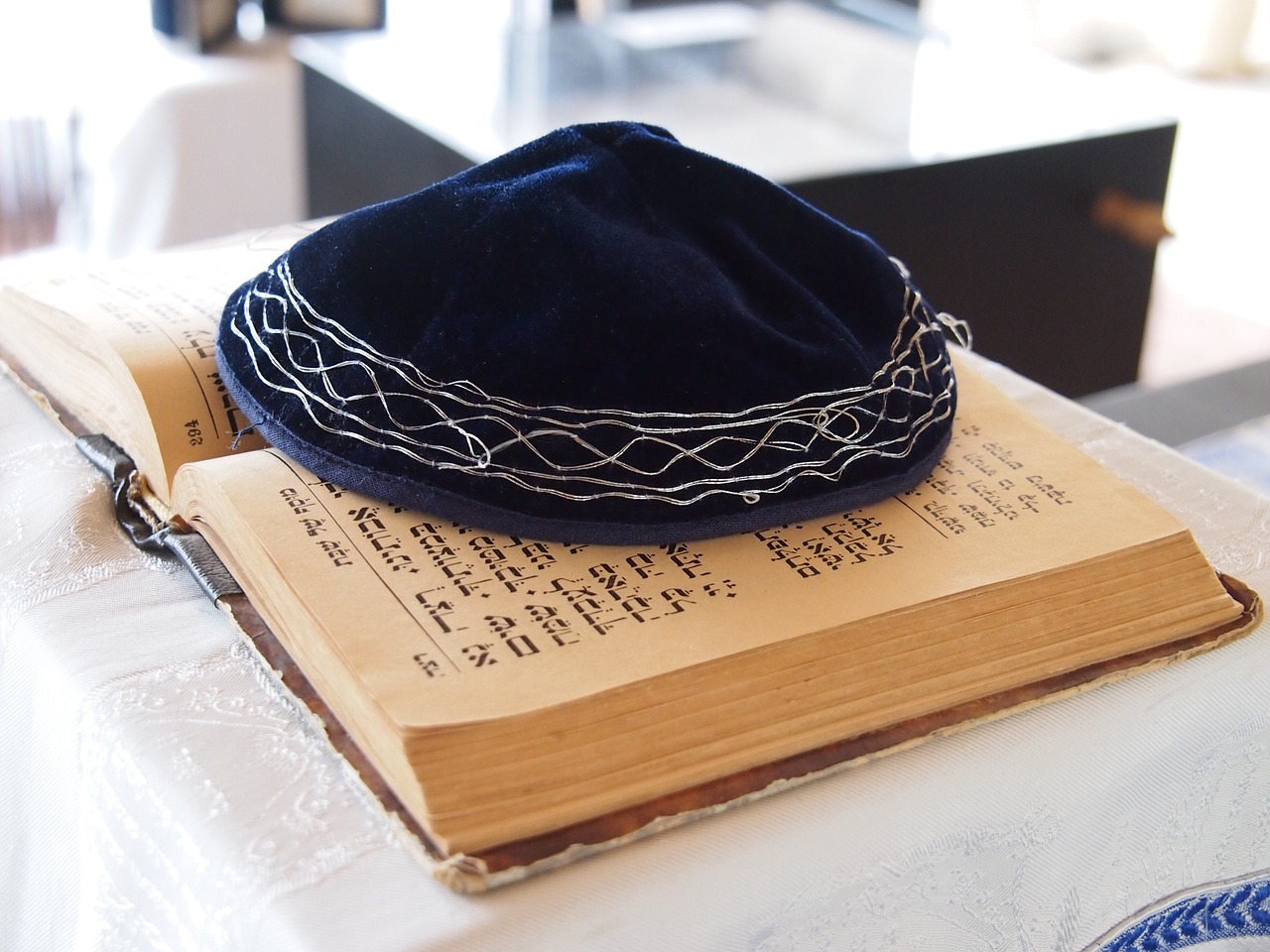 The Hebrew month of Nissan is dominated by the imagery of Passover. Passover’s overarching theme is the escape of the Jews, led by Moses, from the slavery of Egypt. The Hebrew name for Egypt is Mitzraim, meaning “narrow straits”, and the major symbolism of the holiday is escaping from confinement to the open spaces of freedom, in the dessert, and ultimately the promised land.

Judaism actually has four different New Years. Passover is considered the beginning of one of these four. It is designated the birth of the Spiritual Year. On the Hebrew calendar, the month of Nissan comes in the spring. It welcomes spring, where all life is reborn, and thus physically repeats the cycle of moving from the dead of winter to the opening of life.

The Biblical narrative of Passover is well known. It begins the Book of Exodus in the Torah. The Hebrew people are slaves in Egypt. Their leader Moses approaches the Egyptian ruler Pharaoh, and asks him to free his people so that they may resettle as free men in the land of Canaan ( Israel) which God has promised them. Pharaoh refuses so God sends 10 plagues upon the Egyptian people.

The last plague is when the angel of death takes the lives of all of Egypt’s first born sons. That same angel paints lamb’s blood on the doorposts of the Hebrews’ homes’ , so that death “passes over” the Hebrew children. Finally, Pharaoh frees the Hebrews.

The psycho-spiritual purpose of Passover is to awaken us to our personal forms of enslavement and to propel us to freedom.

To understand our enslavement, simply think about the things we have which we fear being without. Is it money? A relationship? Is it our personal image? Our cellphone? Psychologically, enslavement is our “ego identification” with our objects, relationships or qualities.

Such enslavement creates the false illusion that we will not exist if we are denied those things and people to whom we are attached. The thought of such loss sends us into panic, then obsession. The headline grabbing stories of men killing their spouses when that spouse leaves them, is the most extreme manifestation of such broken attachments. Most manifestations are more mild, but all are painful, and most of us react with fear and an obsessive need to hold on.

According to Buddhist philosophy, the cause of our daily pain is attachment. Attachment refers to our “ego investment” or identification, inflexible and unyielding to things. We consistently strive to achieve a goal which we imagine will bring us happiness, and without such an achievement we feel anxiety. Our ego grasps objects and identifies our happiness with them. Conversely we fear the loss of things which we count on and live in fear that something which defines us will be gone.

In the Jewish tradition this same ego-preoccupation blocks our relationship to God. Our purpose is to match our ratzom, or will, with that of God’s. That is, we all have a purpose for being put on Earth. That purpose was given to us by God. Our life may be seen as a gradual unfolding or discovering of that divine purpose. Our neurotic attachments, which manifest themselves as obsessions, block that higher purpose. Conversely, letting go of attachments is a prerequisite for coming into touch with this higher will. Our life purpose transcends any particular ego involvement, and our unwillingness to let go delays or blocks such transcendent occasion.

In the face of loss, I often see my client’s narrowing. Recently I worked with several individuals who left their jobs, and were looking for new employment. Most got lost in narrowing. They wanted the exact jobs of their preconceptions; title, salary, duties, and status. Invariably they failed in those pursuits. Their life narrowed into a single pursuit of an exacting position. The inability to achieve that goal led to depression, anxiety, obsession and anger. It created clinical conditions.

Rather than narrow, I urged expansion. I suggested that they pursue any lead that appeared, and open their hearts to the possibilities. Those who followed that path succeeded. They often found positions of which they had never conceived, but that excited them, and satisfied their creativity. Their lives expanded and their sense of fulfillment peaked.

How many of us have been dumped from a relationship, been devastated, and obsessed with holding on to that relationship. Narrowing only led to continuing suffering. However, when we faced the reality and let go, we often found a better relationship, one that had less pain and conflict, one that activated love and creativity.

Be guided by the imagery of Spring, and be well.