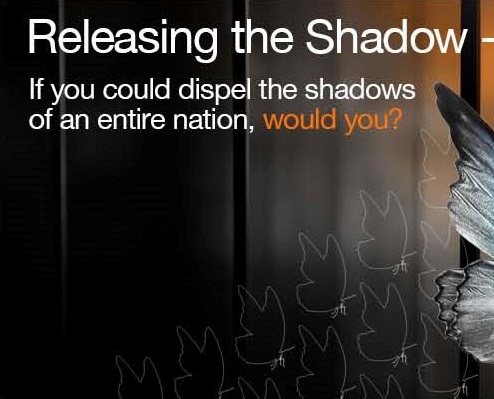 Releasing the Shadow: Embracing the Light

Have you ever tried boxing with your own shadow? Or called it a few choice names because it wouldn’t stop following you around? Some psychiatrists consider the shadow the dark side of human nature. Our beautiful country has seen a rise in violence, mass shootings in public places and suicides – results of the dark side, or shadow.

Unity of Livonia is pleased to present a transformational program designed to bring deep peace and healing. Who among us couldn’t use less stress and more peace in our lives? Dr. Shariff Abdullah’s 12-week program, Shadow to Light, or S2L, will be held Tuesdays, Sept. 5th through Nov. 21st from 7-9 p.m.

Dr. Shariff Abdullah is a gifted writer, attorney, university professor, sought-after speaker, and a catalyst for societal and spiritual transformation. He takes inclusivity to the next level, and has developed a program that defines the shadow, defines its solution (The Light), and provides a much-needed action plan for change. It is no small task he tackles, but he plans to change society.

Abdullah clarifies that the shadow is our own fear, it holds us back, it can even crush us to the point that we forget who we really are, and desperate, senseless actions are its result. The Light is the energy of the Divine within, it is our greatness, and moves us forward. Now is the time to change, to take action to change ourselves and our society. The opposing energy of inclusivity is polarization, it’s “us versus them” philosophy which pervades this type of thinking.

Each week includes a wide variety of activities: grounding, centering, physical movement, meditation, transformation declarations, videos and group dialogue. Four major themes of the shadow will be explored – “The Other,” Lack, Violence, and Despair, which often reveal themselves in various negative patterns, leaving perpetrators and fallen victims in their path. Instead of being held prisoner by the Shadow of Violence which reveals itself as Fear, Isolation, and Insecurity, we can welcome the Light of Peace and Security.

There are two levels of participation to the S2L process – Catalyst Training with certification, or without. Non-certification costs $180, certification is $240. Space is limited. Fifty percent of the total cost will be donated to Commonway Institute for continuing the work of this program. Commonway is a non-profit organization dedicated to creating a linked, global society for all peoples.