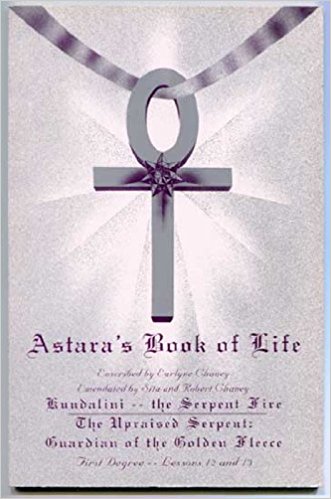 The Eighth Degree of Astara’s Book of Life deals with the mysteries of many of the world’s great religious traditions and points out the numerous similarities and shared beliefs. The following excerpt from the discussion of Egyptian mysticism points out how generations of Egyptians unified their various interpretations of God, and how individual gods personified various aspects of one Supreme Being.

Today’s world seems obsessed with the necessity to claim superiority for the god of one’s choice. Brahma, Jehovah, God, Allah, and many others, are placed in charge of the universe by their adherents. “My god is better than your god,” is the childish claim of zealots everywhere. Let us see if the ancient Egyptian metaphysical view of the Divine Being might offer something worthwhile for consideration.

For example, Osiris, Isis and Horus were at one time separate regional deities. As time passed, the individual regions either grew together politically, or royal marriages occurred, or they battled each other to gain or protect territory. By some, he was also considered their brother, much in the fashion of the Hindu guru who considers God as his father, mother, brother, sister, son and daughter, depending on which name was used. They became a family of deities rather than independent deities.

It seems most Egyptian were willing for the identity of the Divine Being to remain constant, no matter which name or names were chosen by their followers. “A rose by any other name would smell as sweet.” To the ancient Egyptian, God was God. No matter which name was used to designate that august Being, the power and presence remained the same.

It’s interesting to note that this process created a unity of polarity also. The Divine Being was both masculine and feminine, a concept which most moderns are just beginning to understand. The Hindu who says, “God is my father, my mother, my son, my daughter, my brother, my sister,” is saying that the attributes of the Divine are all inclusive. And that is the concept by which the Egyptian of olden times also lived during his Great Journey to become one with Osiris.

Crowned with the Seven

One of the goddesses of ancient Egypt was named Safekht. (This is one of several names by which she has been known.) She was the goddess of writing. Her emblem was a seven pointed star over her head. Her title was, “One who is crowned with the seven.” Safekht is the ancient Egyptian word for seven, and the seven pointed star was one of the earliest emblems of divinity.

In view of the fact that many Astarian teachings derive from the ancient Wisdom of Egypt, I (founder Earlyne Chaney) found it fascinating to learn of Safekht. So as I continued writing these lessons about Egyptian Mysticism, I asked to be guided, to be impressed in my interpretations, to be inspired to perceive the greatest possible measure of truth, by the goddess who is crowned with the seven — Safekht.

Why? Because the emblem of Astara is the seven pointed star with the unfolded lotus in its heart, depicting the consciousness opened to the light of the sevenfold life ….

May you ponder upon these thoughts and be inspired to acts of love, kindness, and unity!

Samantha is a Naturopathic Practitioner, Medical Intuitive, and Feng Shui Master with 30 years experience in successfully using Integrative Energetic Therapies, Functional Medicine and Natural Healing Modalities, giving clients thorough, personalized and empowering ways to heal themselves and others. Contact Samantha at: 909-305-3082 or Samantha@astara.org