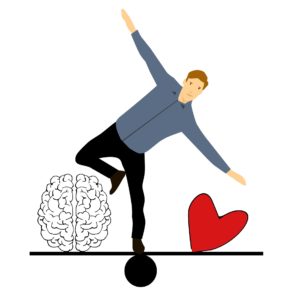 There is a very good book by Dr. Joe Dispenza called, You Are the Placebo. He explains that many people have been cured by taking a harmless pill, often a sugar pill, just by believing the pill is real and is going to cure their illness. The pill does not cure the person. It is the belief in the pill that has the curative power. If we believe the pill will cure us, our bodies create the necessary chemicals or upload the necessary genes to actually bring the cure about.

This shows how powerful our minds are. Dr. Dispenza relates a couple of interesting examples which further demonstrate this. A group of basketball players were divided into three smaller groups. One group practiced throwing free throws in the gym. One group imagined doing this. A third group relaxed for the same period of time. After several weeks they compared the groups. The group which only used their imagination improved almost as much (one percentage point less) than the group that actually practiced the shots.

A second example described a prisoner of war. He would imagine shooting 18 holes of golf perfectly every day while in confinement. He did this for close to two years. When he was finally free and had an opportunity to actually play golf, people were amazed at how well he played. All this happened merely by using the imagination, again showing how powerful our minds are. We are all capable of doing similar feats.

The problem, according to Dr. Dispenza, is that we are “living in the past.” We are focusing on our illness rather than on being well. He contends that our past thoughts have led to our current ailments. In other words, if we think we are going to become ill, we do. What we need to do is get a clear intention of the new future that we desire, such as living without pain and disease, and then combine that thought with a heightened emotion, such as the hope and excitement of living free of pain and feeling healthy.

Unfortunately, it is not that easy to focus on feeling well when one is in pain. This is where a method such as hypnosis can be very helpful. With hypnosis, you can go into a hypnotic state and visualize the future you desire. By doing this in trance, the subconscious will more quickly accept this new suggestion or belief. The subconscious resistance will be greatly reduced. In addition, with hypnosis you can make suggestions to do this visualization every day, so that you can consistently pursue the goal. This is critically important, and yet few people are actually able to do this with consistency.

Finally, with hypnosis, if there are underlying deep-seated beliefs that are interfering with the desired change, such as a belief that you do not deserve to be healthy, then hypnosis can help you find out what is at the root of the problem and then eliminate the unhealthy beliefs. When these elements are addressed, change will occur and you will get what you are hoping for.

For those of you who are familiar with the “law of attraction,” you will notice that this is the principle at work here. You visualize what you desire, you believe you have attained it, you feel the powerful emotions that accompany the achievement, and then watch it come into being. With hypnosis, the process becomes much easier.