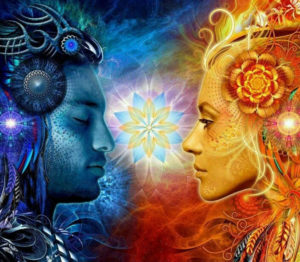 When we think of the month of May, most likely the mind conjures up thoughts of flowers and Mother’s Day. From the time I was a child, May was the month we honored our mother, all mothers and especially, if raised like I was in the Christian tradition, the Mother Mary. I remember the excitement that came when we lined up in a procession to carry lilacs, tulips, and lilies to place before the altar of the Virgin Mary, honoring her. Some lucky eighth grader would be chosen to place the crown, carefully woven from Bridals Wreath, onto the head of the statue during the candlelight ceremony. The memory of that sacred ceremony is preserved in my mind. I can still imagine the perfume in the air from the flowers that filled the altar, blending with the scent of Frankincense as the priest swung the incense burner as he walked down the aisle.

When we think of mother energy, we think of love, compassion, and nurturing. We think of a container for what is. A mother’s love is totally accepting no matter how we show up. This is true of the feminine aspect of Divine Energy. It is receptive, accepting, allowing, intuitive and feeling. It is about being.

We often refer to these energies and Yin and Yang, Shiva and Shakti. These energies are also reflected in our breath. A nice, full inhale is about creating. It is an act of doing. It is the masculine. A relaxed exhale reflects the feminine principle of surrender. Surrender does not imply being a pushover or doormat; rather, it is an acceptance of what is, an allowing. Allowing means to let go of resistance to what is, without judgment or criticism. It is the art of containing.

It is interesting to see the evidence of this in our society. We have been primarily a male dominated society. Men held positions of power in both politics and corporations. Males are still compensated at a higher rate than their female counterparts, in a lot of instances. But the pendulum is swinging. “Individually and collectively, we are shifting from a position of fear into surrender and trust and the intuitive. The power of the feminine energy is on the rise in our world,” says Shakti Gawain, a best-selling author in the field of personal development.

More and more women are being elected into political offices. Women are being promoted into leading positions in corporations. Look at the most recent presidential election and you will see that things are changing! While these women may demonstrate a bias toward masculine energy, the feminine is emerging to say “enough” to senseless slaughter, gun violence, senseless crime and killing. The “me too” movement is an example of, not victims wallowing in the past, but a unified voice to support others from a place of understanding and compassion. What an exciting time to witness the unfolding and balancing of these energies.

And so we celebrate this Divine energy in motion. We are receptive to the changes that are occurring. We accept our role in this wonderful world and the lives within it. We have opened to enjoy the peace that we offer, not only to ourselves, but to others. Our intuition tells us that we are on the right path, insuring that the masculine and feminine energies become balanced. We revel in the sisterhood of being connected to one another. It is all about love and balance. It is all about being.