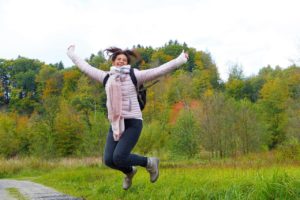 Nurturing seems to come naturally to much of the female gender. It doesn’t appear to be age-related or even dependent upon whether or not she has children. I fondly recall one of my oldest patients, Jessie, still looking out for everyone else’s needs at 100 years of age. At the other end of the spectrum, my 2 year old granddaughter apparently decided when her cousin was born that he was her baby to take care of, doing it with all the joys of a new mother.

From family members to romantic involvements, professional relationships and dear friends, I have great appreciation for the women in my life. And my advanced training in hormones has helped with my understanding of them.

With over 35 years of experience as a holistic doctor, I am fortunate to have a unique perspective on women’s health, their emotions and hormones. I’ve also learned that women think and process information differently than men. I believe most women are organized and logical in their thinking when their hormones are balanced; but when their hormones are imbalanced, watch out because mis-emotions can destroy logic.

Now let’s see how to keep both the body and its hormones balanced and healthy. The structure of the body houses the highly-sophisticated nervous system. This system carries over 3 trillion signals per second from the brain to the body while simultaneously receiving streams of data from the body. Each joint-space in the body contains special cells, known as proprioceptors, which send data pertaining to that body part. If joints don’t fully articulate (move fully), data is altered and signals to the brain don’t contain all the information necessary for good decisions.

Now the spine comes into play. Each vertebra has 4 to 12 joints that send vast quantities of information when they are functioning normally. Think about how these joints would be affected by weight changes due to poor eating habits or pregnancy. They’re also affected by the wrong kind of exercise, excessive exercise, no exercise, and/or poor nutrition.

The second half of the thinking/decision-making portion of the body is in the gut. Half of the neurons that run the body are in the gut along with the majority of the immune system. The intestines make much of the body’s defenses, called antibodies, which protect us from foreign invaders that have made it past the acid bath in the stomach and the alkaline environment of the small intestines. Creating alkaline enzymes is one of the important jobs of the pancreas.

The hormonal system is also incredibly complex. This is one of the reasons I don’t advocate using artificial or bioidentical hormones. Hormones are hugely powerful and a little bit goes a long way. Too much and too little have nearly the same symptoms so it’s hard to tell where you’re at without testing. I like muscle testing and saliva testing best. It’s best to support your body’s ability to produce your own hormones first.

Puberty and menopause are typically difficult times. Life can be so crazy during these times that after their hormones have settled down, many gals don’t even remember going through it. Menopause is similar to puberty in that the body is going through its second great transmigration to a time of great hormonal change. The levels of hormones decrease but the ratios stay the same.

Estrogen dominance is common in today’s chemical-laden world. High estrogen leads to weight gain as fat between the hips and the knees, unstable emotions, and poor decision-making. High estrogen also makes us more prone to cancers. Progesterone helps modulate excess estrogen and makes us feel happier, similar to the way a woman feels in the second trimester of pregnancy when her body kicks out 400 mg of progesterone per day rather than the usual 20 mg.

What about low libido? Testosterone is necessary for libido. When there’s excess belly fat, the aromatase enzyme turns testosterone into estrogen and creates more belly fat. Men and women both experience similar hormone disruptions due to high estrogen. This is where diet and health plays a huge role. Fast foods, conventional foods, and environmental chemicals, such as weed killers and pesticides, are just the short list of what increases estrogen levels.

It’s possible to balance our delicate hormonal systems by eating the right foods, supplementing with whole food supplements (not synthetic chemically derived vitamins), and staying away from unnatural foods, GMO’s, and foods that produce estrogen in the body, such as soy, flax, and others.

The body’s incredible hormonal system is supported by the intake of the correct nutrients which take the body through many special, complex cycles in life. When we give the body what it needs, it rewards us with feelings of happiness and well-being.

Nurturing comes so naturally to many women that they often neglect themselves. If you’re someone who makes a habit of nurturing the rest of the world while neglecting yourself, perhaps it’s time for a change. Take matters into your own hands, pamper yourself and treat yourself like you’re someone important. Wait, you are!

Mother’s Day is also the perfect time to show appreciation for those who have nurtured us. Perhaps the woman in your life would enjoy a holistic chiropractic adjustment, a detoxifying footbath, a PEMF session, and some flowers!