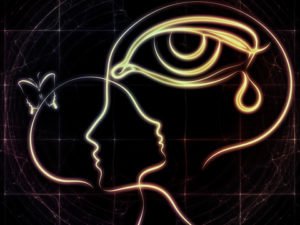 We’ve heard of mother’s intuition, however there has not been any scientific proof of this until a recent study was published in the Medical Journal, PLOS ONE, which shows that the DNA of her child actually shows up in the mother’s brain! Scientifically, this helps us understand the bond between the mother-child connection, but does it really give us the whole picture of this connection?

I had many mom intuition experiences with my children; one that stands out for me is when I was in the middle of doing a reading and I felt a fear for my child come over me. I informed my client I would have to reschedule her session as my son was in trouble. The client was not happy with this, but I pointed out to her that if she trusts that I am psychic, know that the universe is sharing an emergency message. My son needed me. Earlier that morning I had dropped my 18-month old son at a new daycare center. Even though I did not feel 100% positive about the place, I ignored my gut feelings and left him as I had a full day of clients.

You should NEVER ignore your intuition, I told myself as I jumped up from my desk and drove quickly to the center. Upon entering the daycare, I quickly moved toward the room where only children under three were allowed. They were supposed to be behind a closed door as they were in a separate room from the older children.

But the door was open and there was a growing number of older children coming together, watching and cheering as what seemed to be a fight going on in the toddler room! I moved through the kids to discover my little son on the floor with his face all bloody, crying hysterically as I pulled an eight-year-old boy off him. I swept up my baby and held him close while I went to find who let this happen. All six of the daycare workers were in a lunch room having coffee and laughing.

Yes, I sued and was able to shut the center down so that no other child would be in danger. But that did not change the trauma that my son went through. If it weren’t for my intuition he would have been seriously hurt.

“Mother’s intuition is the deep, intuitive blood bond a mother can have with her child,” says Psychiatrist Dr. Judith Orloff. The author of “Guide to Intuitive Healing.” However, I believe it most certainly goes beyond the physical bond to something far more supernatural.

Things you may need to know to discern between worry and intuition:

Intuition will come suddenly and will be far more urgent. You may feel their pain if they hurt themselves. You may sense their fear. If you have developed your sixth sense, you may receive details on what your child is experiencing.

2. Don’t always trust the doctor over your intuition:
Example: You take your child to the doctor because they are not feeling well, however the doctor says that it is only a cold. Your child seems to be better, but you are not sure because you are getting an anxious feeling. Something must have been overlooked so you take the child back, but again the pediatrician gives you the all clear.

Your intuition is now screaming at you. Something is wrong and you know it.

I remember when I took my daughter (who was four at the time) to the pediatrician. She had just recovered a few weeks earlier from a bad case of Chickenpox. Now she seemed to have a headache and was very fatigued. I had to carry her into the doctor’s office. He told me to give her an aspirin and that she just needed a good night’s sleep.

My intuition spoke to me loud and clear, Take her to the hospital NOW. Trusting my intuition, I raced her to the hospital and they diagnosed her with Reye’s syndrome. If I would have listened to the doctor and given her an aspirin, she would have died. In 1974 when this took place, they were just learning about Reye’s syndrome, but thank goodness I let my mother’s intuition guide me.

Have a blessed Mother’s Day