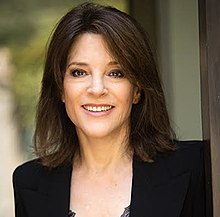 For the last 35 years, Marianne Williamson has been one of America’s most well-known public voices, having been a popular guest on television programs such as Oprah, Larry King Live, Good Morning America, & Bill Maher. Seven of her twelve published books have been New York Times Best Sellers and four of these were #1. As national politics further divides our country, Williamson is on a mission to counter this trend on her Love America Tour.

Marianne has an intense local following, having spent several based in Michigan. We hope you will help get the word out by printing or airing the attached information.

We also can help to arrange phone or remote interviews in the next few weeks leading up to Marianne’s one and only Michigan stop.

Ticket information is available in the press release and tickets may be purchased at www.detroitunity.com