Body Mind Spirit GuideFor a healthy body, an enlightened mind, and a renewed Spirit
More
Home ALL ARTICLES Are Your Beliefs Bringing You Down?
Facebook
Twitter
Pinterest
WhatsApp
Linkedin 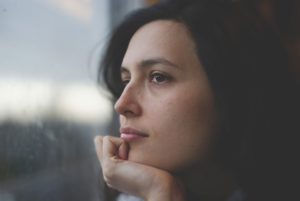 In his book, “You Are the Placebo”, Dr. Joe Dispenza tells the story of a man who was literally dying because he was cursed by a voodoo priest. Although doctors found nothing wrong with him after conducting many tests, still the man was clearly dying. He was saved by a creative doctor who was able to convince the man that there was a cure for his ailments. The point of the story is that even though there was nothing physically wrong with the man, because of his beliefs he came very close to death.

That is how powerful our beliefs are. If you have many of the same kinds of thoughts they become an attitude, and if you keep the same attitude long enough it becomes a belief. The problem, according to Dr. Dispenza, is that once the thoughts become a belief, they become hard-wired into the brain and it becomes very hard to change them.

Dr. Dispenza lists several beliefs which are not that uncommon. See if any of them resonate with you: “I’m not good at math; I’m shy; I’m short-tempered; I’m not smart or creative; I’m a lot like my parents; I can’t find a partner; life is difficult; no one cares. I’m never going to be a success; nothing good ever happens to me; I gain weight easily; when I own this particular thing I’ll be happy; or, I’m a bad person.”

As you can see, many of us have beliefs which greatly affect how we view life and, as a result, the quality of our life. Beliefs are based on our past experiences. Even if the belief was true at some point, it doesn’t mean that it is true now. The problem is that we see the beliefs as true and thus we don’t realize that we can change them.

In addition, we are often not even aware that we have certain beliefs because they are deeply ingrained in our subconscious mind. If you are not aware that you have certain limiting beliefs, how can you possibly change them? Dr. Dispenza goes on to say that, “If we have very strong beliefs about something, evidence to the contrary could be sitting right in front of us but we may not see it because what we perceive is entirely different.”

What this means is that we are not seeing reality as it truly is. Our subconscious mind is greatly affecting how we perceive the world. In other words, our erroneous beliefs may well be affecting our relationships, job success, how we get along with others, our friendships, and, in fact, the quality of our lives.

If your life is not going the way you want it to go, you need to find out which of your beliefs are causing the problem or problems. Again, this is tricky since as was just mentioned, many of these beliefs are at the subconscious level and we are not even aware of them.

So what’s to be done to rectify the situation? This is where therapy or hypnosis can be so helpful. One can talk to a counselor or therapist, and with their assistance find out where these beliefs are coming from. Then, appropriate action can be taken. Or, one can consult a hypnotherapist to find out what deep-seated beliefs are at the root of the problem and then challenge these limiting beliefs and replace them with much healthier beliefs. One advantage of hypnosis is that because it deals with the subconscious mind it can more quickly get to the negative core beliefs that are at the root of the problem. Both methods can be extremely helpful.