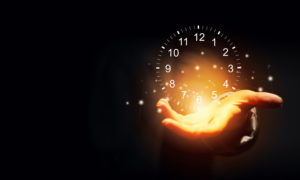 Not to take away from all the hype regarding the SHIFT but I feel too many individuals are not putting enough emphasis on NOW and more so on a later expectation. When this happens the present is shadowed by the tomorrows that never arrive. It is only in the moment that self-awareness is expressed.

The SHIFT is just a shift in consciousness. Which, at any time, ONE can find themselves in it, NOW. It is a matter of aligning thyself to its frequency vibration. It is emotions that call forth, the dimensional plane of choice, by the resonance it provides from ONE’s inner-thoughts. An ill mind has the power to create a community for the like-minded without struggle. And thus to imagine the opposite is just as easy. Choice is always provided for its creator.

It is not so much from a material perspective than it is from a mental construct. Some come to believe as if they will be catapulted to a NEW earth and lovingly leave those with a different agenda behind. This is not the truth. A metaphor of using two earths are used in order to get the message across. There are twelve dimensions in this third-dimensional plane. Meaning, dependent upon the state of the being will determine which dimension their consciousness will be on.

Example: Two people walking in nature and ONE is truly immersed in the beauty that surrounds them while the other spends their time narrowly focused– complaining, ignoring the landscape. New earth vs. old earth. It is all a matter of perspective. At any moment ONE can be initiated in the NOW reality.