John E. Fetzer and the Quest for the New Age
By Brian C. Wilson, Ph. D.

Radio Pioneer, Media Mogul, and Detroit Tigers’ Owner John Fetzer Fostered the Marriage of Science and Spirituality Through the Decades

His Legacy Organizations Carry on His Work

The world knew him as a radio, TV and cable mogul and venerated owner of the Detroit Tigers.

But what it didn’t know was that John E. Fetzer was quietly behind-the-scenes a significant figure in the consciousness movement and a spiritual seeker of the first order. For more than 60 years, he sought ways to open the doors of higher consciousness, spiritual empowerment, paranormal insights and energy medicine to humanity through study, science and the influence of the wealth at his disposal. 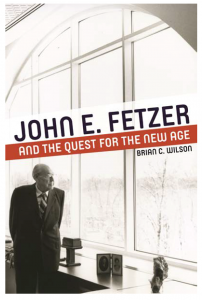 Driven by the belief that personal happiness, positive morality and peace on earth could be achieved by adherence to a pathway and connection to a greater intelligence, he funded top flight research and leading edge studies at Stanford, Duke, Princeton and elsewhere to validate mankind’s ability to access that infinite intelligence for personal and global good. His name is associated with such scientists of his time including JB Rhine, Ian Stevenson and Robert Jahn.

All of this is being revealed for the first time in a biography by Brian C. Wilson, Ph.D.: John E. Fetzer and the Quest for the New Age (Wayne State University Press, 2018). Long before it was known as the New Age Movement, Fetzer, who died in 1991, passionately pursued a quest for “freedom of spirit” that mirrored the evolution of a new spirituality unbounded by religious dogma and based on the ability to directly access divine or intelligent energy. For a man who embraced the power of unseen frequencies that heralded the dawn of the radio age as he himself was coming of age, the concept of a personal vibration that could influence one’s life and environment was not farfetched. 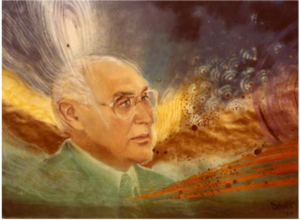 Fetzer, born in Indiana in 1901 at the turn of a new century, traveled along two parallel paths throughout his life. Influenced by the prevailing values of the time and his mother’s faith, he joined the Seventh-day Adventists. But a deep yearning for more “freedom of spirit” than the church offered was a springboard for exploring the insights of emerging spiritual leaders, movements and approaches – Eastern and Western — including Theosophy, Freemasonry, UFOology, parapsychology and Buddhism. He was drawn toward a philosophy that offered personal experience of “unity” or “oneness,” as it is called today, seeing the individual as part of the universal whole, with direct access to that master intelligence, connected to all things.

Interestingly, Wilson uses Fetzer’s quest to chronicle the breadth and depth of the historic emergence of the New Age movement. And with a particular focus on the Midwest where Fetzer’s story unfolds, Wilson shows that, in fact, the Midwest was the first cradle of advanced spiritual expansion — long before California claimed that mantle. 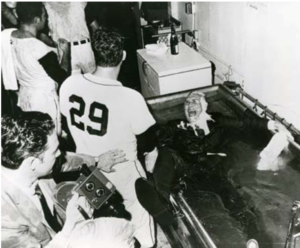 At the same time he was pursuing his spiritual quests, Fetzer — who started his radio career in 1922 from his Adventist college dorm room in West Michigan — began to build the empire that would make him one of Forbes’ 400 richest Americans. Buying the FCC radio license from his old college while doing graduate work in Ann Arbor and relocating it to Kalamazoo, he expanded with each new technology — from radio to TV to cable television — becoming an enormously successful businessman, who used his expertise to assist the government during WWII and post-war administrations, and the broadcast industry as a long-time board member on the National Association of Broadcasters. His success culminated in his sole ownership of the Detroit Tigers from 1961 to 1983, including World Series Championships in 1968 and 1984.

But few people except his close associates knew that Fetzer attributed his success to his spiritual practices and awareness of higher consciousness. In fact, Fetzer employed meditation, psychic consultants, pendulums, water dowsing and other “occult” practices regularly in his decision making—which he considered major factors in his success.

And before he left, he ensured that his legacy to illuminate the horizon between science and spirituality would continue, along with his mission to elevate mankind’s conscious evolution. His inspiration has been reinterpreted through endowments which now include The John E. Fetzer Memorial Trust and The John E. Fetzer Institute. 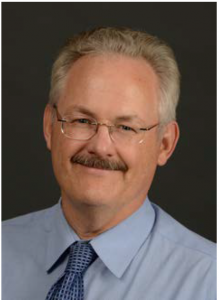 In this book, Brian C. Wilson, professor of Comparative Religion at Western Michigan University, richly explores Fetzer’s path to his worldview, while chronicling the awakening of the New Age.

And for those who are seeking validation that business success and enlightenment can actually work hand-in-hand, Fetzer’s extraordinary life stands as evidence.

John E. Fetzer and the Quest for the New Age, priced at $34.99 for the hardcover edition, is available at Barnes and Noble and other selected bookstores, as well as online at Amazon.com and Barnesandnoble.com. The Kindle edition is $24.99

To download a FREE CHAPTER of his book and learn more about how John E. Fetzer explored the interconnectedness between science and spirituality, visit www.infinitepotential.com