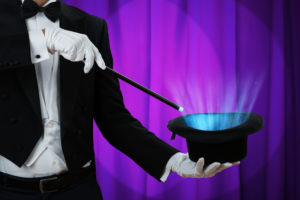 Chiropractic is one of the most amazing and misunderstood things in the world of healthcare. Although hard for me to imagine, it seems that until one’s life is touched by it, chiropractic is just a word. Chiropractic has had such a positive impact on my life that I left my career in electrical engineering to become a chiropractor. And since then, I’ve never looked back…

As a child, my eyesight was saved by a chiropractor. My parents were told that I needed eye surgery that would potentially leave me blind in one eye; but instead of scheduling surgery, they took me to the family chiropractor.

Then, while working my way through school, I severely injured my lower back on several occasions. The extent of these injuries would normally require surgery, but fortunately I was able to heal (without surgery) through a combination of chiropractic, exercise and nutrition.

There were also many family stories that led to my decision to become a chiropractor. I still remember hearing about my grandmother who was bedridden for a year with little hope of recovery. Her health was turned around by a traveling chiropractor that came through town once a week and took care of her. She lived to almost 100 years of age in good health. On the other side of my family, my grandfather was a machinist who did heavy work. He made a practice of seeing the chiropractor on a regular basis and worked on his small farm until he was in his eighties.

My parents also saw a chiropractor on a regular basis and stayed healthy and able throughout their lives. So, when people ask me, “Does that chiropractic stuff really do anything?” I laugh a bit, say “yes,” and tell them stories like these.

In the early days of chiropractic, people didn’t think of chiropractic as only a remedy for sore or dysfunctional necks and backs. Chiropractic was utilized to care for every nature of illness that might befall the human frame. Later it was extended to our other vertebrate friends on the planet.

When large numbers of cells go off-line due to injury, illness, exhaustion or lack of proper nutrition, the body cannot continue to function in the perfect manner as it was designed. While exercise and nutrition are also important, the chiropractic adjustment resets off-line cells and assists them in returning to normal functioning. This is the magic of chiropractic which helps to restore health.

Chiropractic became known for health restoration early in 1918 when the Spanish Flu wiped out a large portion of the population. Reportedly, those who were being treated by chiropractors had a nine out of ten chance of survival, much higher than any other form of treatment. As records began reflecting the beneficial influence of chiropractic care, it became recognized as a major force in health care.

Chiropractic is unique in that it can accomplish what many other forms of healthcare cannot, because it works with the body’s innate intelligence, a term coined by Dr. B. J. Palmer. This is the reason that many chiropractors, including myself, expect to see miracles.

The potential for miracles exists within every patient. The chiropractor simply opens the door to let the body begin healing and repairing itself as it is programmed to do for those who are willing. Unfortunately, nothing we earthbound types do is guaranteed to work 100% of the time but we do quite well with help from above.

The body’s ability to heal itself and restore health is compromised when there is interference. In today’s world, there are many forms of interference. Some of the most prevalent interferences in today’s world include industrial and environmental toxins. These include electromagnetic pollution (EMF’s), volatile organic compounds (VOC’s), chemical pollution in food (such as MSG and preservatives), and a host of other chemicals in the air and water. Other interferences stem from nutritional imbalances and/or deficiencies, allergies and sensitivities, emotions and stress. Structural interferences at joint spaces are usually due to accidents, falls, stress, tension, overexertion, or an event, such as improperly lifting something heavy. Each type of interference must be addressed and/or eliminated in order to maintain and/or return to our natural state of health.

Although the basic principles of chiropractic haven’t changed, our world has changed. 100 years ago, there was no such thing as GMO’s and chemically adulterated food. These days we must go out of our way to find wholesome foods that provide us with adequate nutrition. Chemical fertilizers and commercial farming practices have stripped the land of valuable minerals and interfered with healthy soil. This is why most people benefit from whole food supplementation — and it’s often necessary to supplement specific essential nutrients to avoid going into a disease state.

To meet the challenges encountered in today’s world, we need a highly functioning immune system and a well-adjusted body. It’s frightening to think that interferences now include radioactive pollutants that could potentially alter our genetic makeup. However, an immune system in tip-top condition may be able to recognize and remove cells that have become altered. To keep the immune system functioning at its highest level, we must support the body nutritionally and detoxify it on a regular basis.

The basic chiropractic techniques are similar to those used in the beginning of chiropractic history. In addition to these tried and true manual techniques, some chiropractors utilize various instruments and/or tools. To enhance the body’s own amazing healing abilities, my personal favorites include LLLT (low level light therapy), also called cold laser, and pulsed electromagnetic frequency therapy (PEMF). These therapies increase the energy of the cells to help do repairs as needed and improve health.